Two orbs are at play, among the roots of this mammoth cottonwood tree who lives beside a children’s play area at Wheeler Park, Geneva, IL 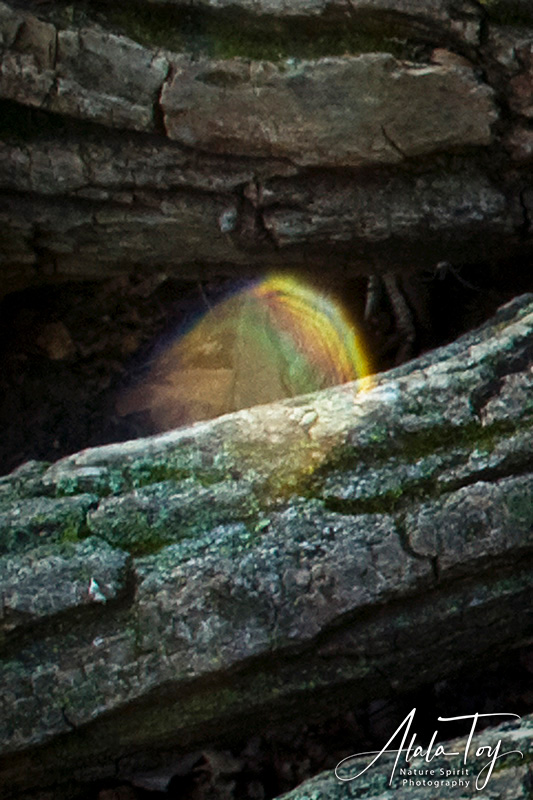 This orb visited me at a local Geneva, IL park; inside it is an image of the Buddha, with a halo, and waves of chakra colors moving out.

There are several orbs (nature spirits) who manifested in the roots of this giant cottonwood. One (bottom of the root photo) was moving about so fast that he streaked faster than the camera flashed. The one upper left was quieter. As I was taking the photos, I heard a nature spirit speak to me: “I would be much prettier if the little boys would stop peeing on me,” the spirit said. I was a bit surprised by the spirit’s statement.

When I got home and process the image, then enlarged it, I understood his plight. He was a beautiful, mature spirit – so mature that his figure manifested, in Buddha-like meditation, inside a rainbow chakra orb. Except the left side was not as distinct because of the “pee” that had affected his energy.

These are the roots to a large tree who lives in Wheeler Park, Geneva, IL

Orbs are life forms of other dimensions. There are many kinds of orbs. My experience is that some contain life forms whose frequency is very different from our human one so we can only see their energy field – what we humans call an aura. It is our first human step in seeing interdimensionally. When we get used to seeing that energy, we begin to see the life form inside the aura – such as a greenman or an elf or gnome. Sometimes the form of the being is visible inside the photographed orb, and this would involve that life form seeking to be understood in our human frequency world and we humans attempting to understand what that life form is.

You can read more about this orb HERE