This tree warrior lives at Morton Arboretum, between a trail and undeveloped prairie, and checks out all who walk by. He is wearing the typical nature spirit armor – a helmet with nose guard, akin in looks to ancient Greek headgear. The difference is that the tree warrior’s armor grows from the life form himself.

Very often I come across clear images of nature spirit warriors. They are among the life forms who want to clearly establish their presence in an area. This alerts all comers that the area is being protected. 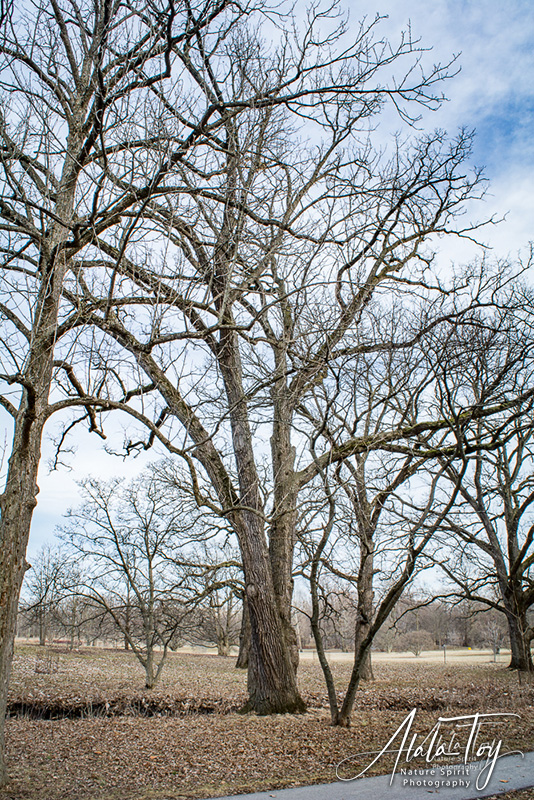 The warriors I have seen so far favor the head armor worn in ancient times – back to the Bronze Age and also favored in Archaic and Classical Greece. The armor covers the top of the head, coming down over the forehead. Sometimes the ears are left free and other times they are covered. The armor has a simple elongated nose guard. (This particular nose guard has a bit of a fancy curve to its edge.)

It doesn’t seem to matter if the warrior is elf or dwarf or other species – this is the current favored head gear.

The personalities of the warriors are very distinct and well developed. These are strong beings with a strong presence.

This warrior lives in a tree along Joy Path at Morton Arboretum in Lisle, Illinois. He lives in a tree at the edge of a small stream that runs along a small gully to his left. The path is off to his right.

You can see this warrior is quite wary of all the traffic that passes by; he is looking sideways at all who pass by. He is also quite terse in his communication. He was willing to have his photo taken but he did not want to talk. Reminded me of royal guards who are used to being bothered but have been trained not to respond while they are on duty!