Who are you? This squirrel is puzzling out what that thing is in front of him. 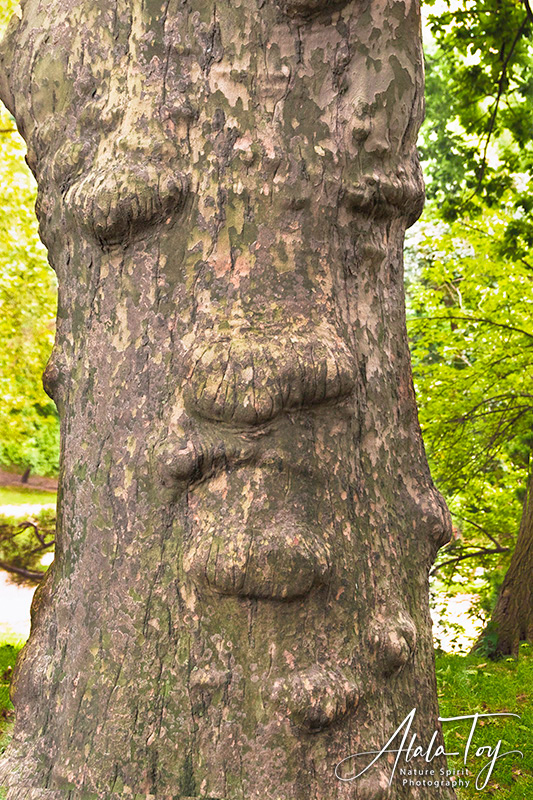 I was standing in Central Park, identifying with some very vocal London Plane Trees who were showing me their stories prior to a photo shoot. (Here’s one of them, to the right.)

When I came out of this space, I discovered this very perplexed squirrel staring at me.

The squirrel and I stared at each other for quite some time. The squirrel was totally silent but quivering and tensed for action as he assessed this object that was in his well-known territory. Was it a tree? Was it a human? What was happening?

He stood silent as I raised my camera and photographed him. Then I spoke, assured him all was well, and we both went our separate ways.

Squirrels represent playfulness, resourcefulness and curiosity. This squirrel is very curious, and it doesn’t matter what size the object of scrutiny is.