The Whisper that goes on inside our minds! “I’ve got a secret to tell you!” This looks to me like two leaders (bottom stone heads) who are very tired of hearing their followers (the two top heads) gossiping to each other! 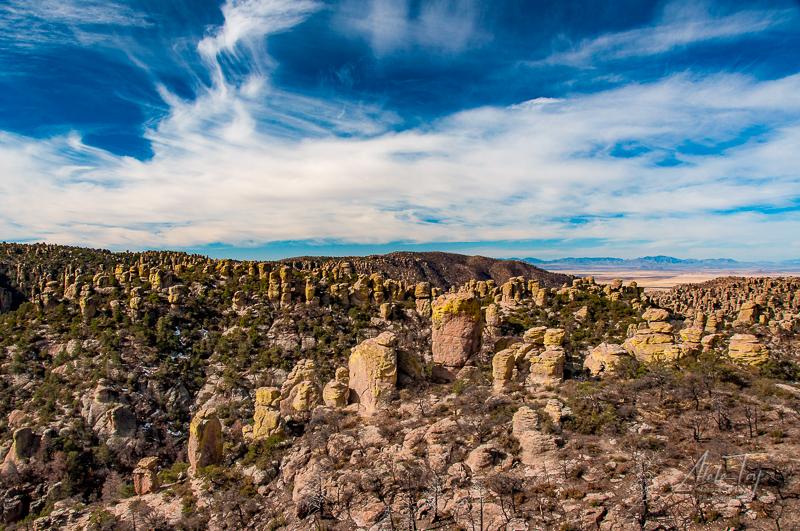 The poisonous tongue is a reality in all worlds. It is the energy of a small-in-spirit being delighting in poisoning the clear truth-seeing ability of another person, often a leader.

A leader can be vulnerable if he/she has around them advisers who know how to ingratiate themselves into the leader’s favor…and then seek to control the leader through insinuations about the motives of others.

This rock formation is on a promontory surrounded by many other HooDoos who have recorded their own stories of specific universal energies. The whisperers are a node on the complex grid of stone forms at the Chiricahua National Monument, Arizona. Shown to the right is an overview of this HooDoo valley of rock beings, at Masai Point.

This is yet another example of the savvy awareness of the rock world beings about universal emotions such as love, hate, fear and treachery. They have to be able to explore these energies themselves, or they would not be able to portray them with such accuracy.

To read about other Chiricahua National Monument formations, CLICK HERE

To read about a whisperer my son Brian photographed CLICK HERE