This is the story of a female spirit who messed with the wrong competitor for some male’s affection.

Shown here is a collage over time of a large tree with a dark energy off the usual path of a local preserve where I often walk. The image in the left of the photo is when the tree was in her flirtatious prime. Notice her long eye lashes and pursed lips and her multiple arms curving forward in a grasping movement (left).

I didn’t particularly like the energy around this tree so didn’t visit often. But five years later, on a visit, I found the tree had transformed into an old crone – and then died. Only her shell was left. (See tree view at upper right)

In the upper left and lower right corners you see a closeup of the two stages.

The speed at which this all occurred was unusually fast, in tree time. But a careful check of my camera stats showed a mere 5 years difference. In the middle I placed a shadow of the tree in her prime, as a spirit overlooking this rapid progress.

The tree toppled not long after and in only a few years more totally disappeared. Now this was a very heavy and large tree in a forested area. But there is nothing left to show it existed – no trunk, no root system. The energy of the location where she had been also changed. It had been very dark but now the area is notably light in feel. In the view of the bear guardian, below, you can see where she had been positioned – it is the large nodal tree with grasping claw-like branches, across the river that the Bear Guardian is looking at. 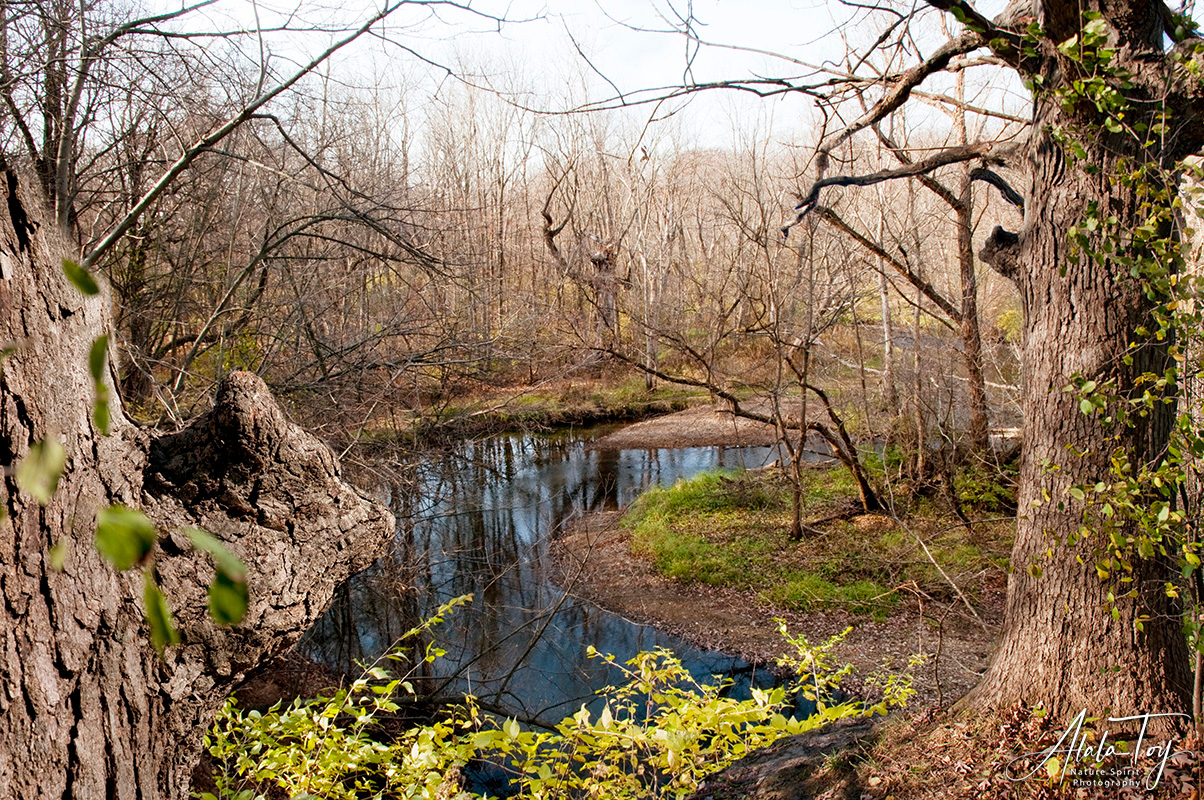 Guardian of the Valley

I know that the fairy realm will often punish transgressors by imprisoning them in some way, either for a specific term or until the natural object disintegrates. They’ve shown me this.

When I ask about this situation, they are notably silent, which is not usual for them. Which means something they do not wish to discuss. But my persistent puzzling over the situation has led them to provide me with a gentle “what if”…

From the looks of the evidence, one could say that some life form got a little too flirtatious with some powerful female’s guy and didn’t back off when warned…

The push back was that this threat, her flirtatious vampy eyes, succulent mouth and grasping claws were turned into a tree and cursed to stay there until the tree died and disintegrated.

As the flirt grew older, imprisoned in the tree, her looks and her temper disintegrated. When she finally died and fell over, compassion must have appeared from that world and they disintegrated the tree rapidly, releasing her spirit.

In other words – don’t mess with someone’s guy, especially if his female with rights is very powerful. Strange things can happen!