This Birdman watches over Niagara Falls from his cliff location in the Maid of the Mist area. The Birdman is sacred to the Native Americans of many nations. He represents the Upperworld, order and light. Like many Upperworld beings, the Birdman is also a feared warrior who defends right order. 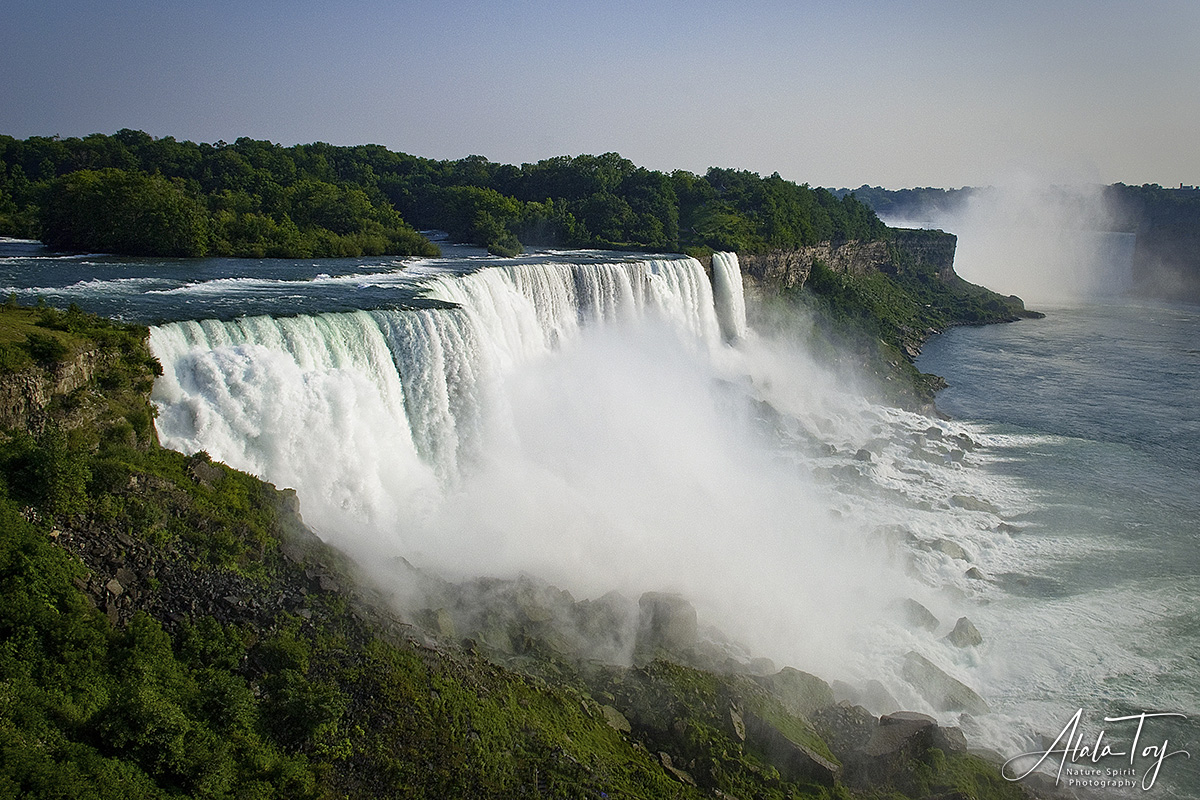 The Birdman is a living consciousness whose energy and presence can be invoked. I’ve been honored to photograph his energy on a number of occasions.

There are tales among some Indian nations of real birdmen wandering the Americas. There are tales of the birdmen as a group carrying something. Alternative historians have suppositioned these could be groups of Templars who had escaped to the West. In their white hooded garbs, they would look like birdmen, especially if they were, as some believe, carrying their most prized possession to safety – the Ark of the Covenant. The Ark is usually depicted as having images of angels or angel wings on top of it, which increases the connection to birdmen if seen by the Indians. I’ve seen drawings of such a supposition, but cannot locate them now. There are alternative historical experts who believe they have located various outposts where the Templars settled, some in Massachusetts and some in Illinois.

For fun, I used Photoshop to recreate Niagara Falls as somewhat how it would look if modern buildings were not interfering with the view. You can see the Birdman at the left side cliff.

CLICK HERE to read a blog about this photo.