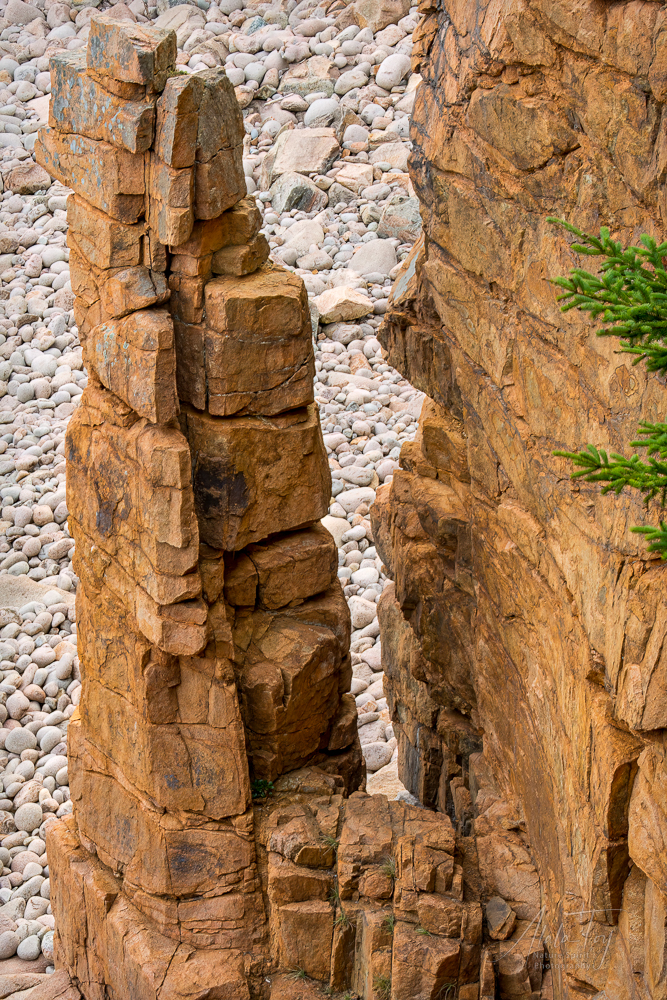 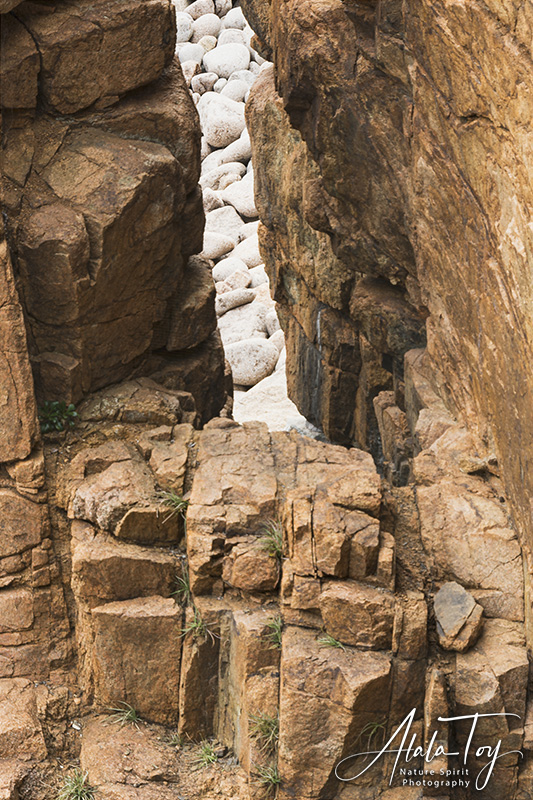 The eternal pull between compassionate love and the perceived necessity for sacrifice is shown in this monumental stone totem, located at Monument Cove, Acadia, Maine. You see an official in a top hat with brim (top of the column) commanding the ceremony, the tear in the eye of the obedient compassionate beloved in the face just below, and the sacrificial offering on the altar at the base. The profile of an overlighting compassionate being is seen in the right side cliff. This is one of the many sites showing cosmic Mayan influence on the cultures of the Americas. 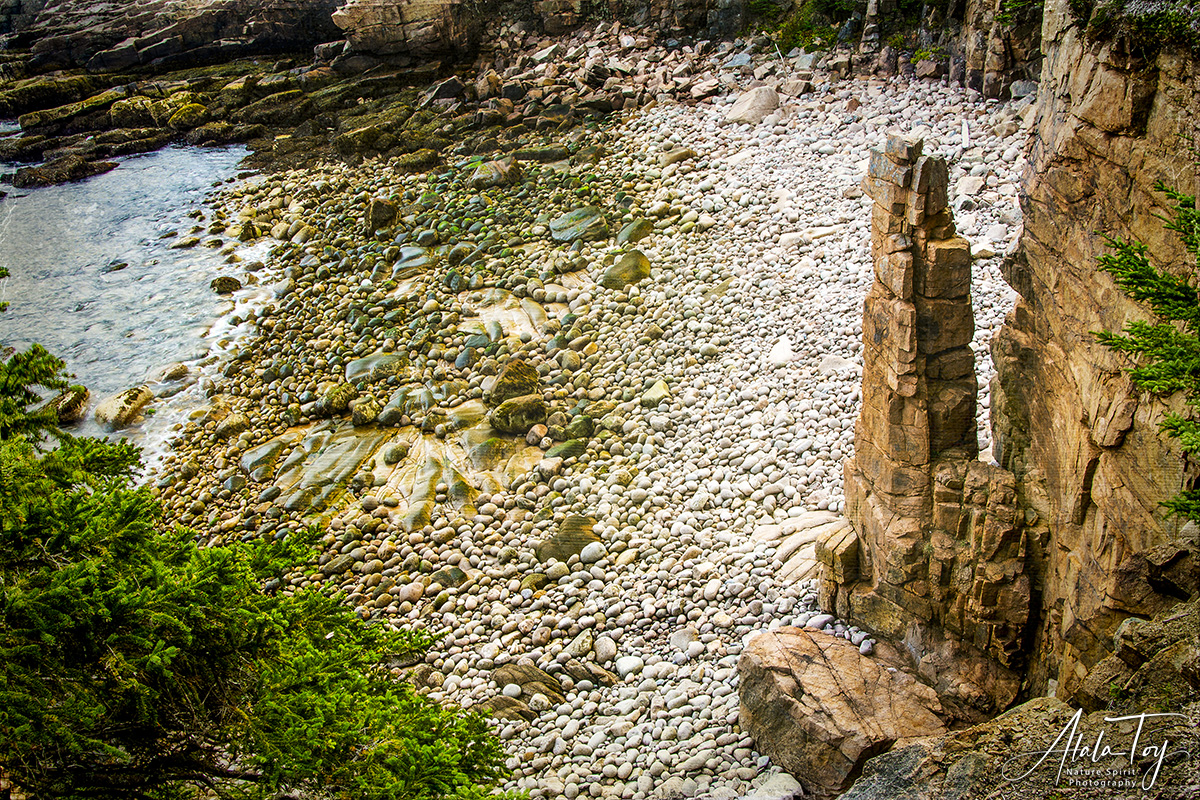 This interdimensionally-crafted stone totem is located at Monument Cove, Acadia National Park, Maine. This is a charming cove along the Atlantic ocean where wind, weather and beings of other realms have carved out many tall-cliff nooks and crannies and rock-strewn beaches that have over the centuries housed various populations.

Now among the galactic civilizations said to have had a hand in human evolution, there is a Mayan civilization. It is from them that the earthly Mayan culture of South America was established. There is a strong earth-circling grid that supports that culture and at various places in the Americas I have come across stone sculptures that serve as nodal grounding points for that culture. Very often I find the image of an official in a tall hat with a brim, who oversees the cultural aspects of the site/Mayan energy. 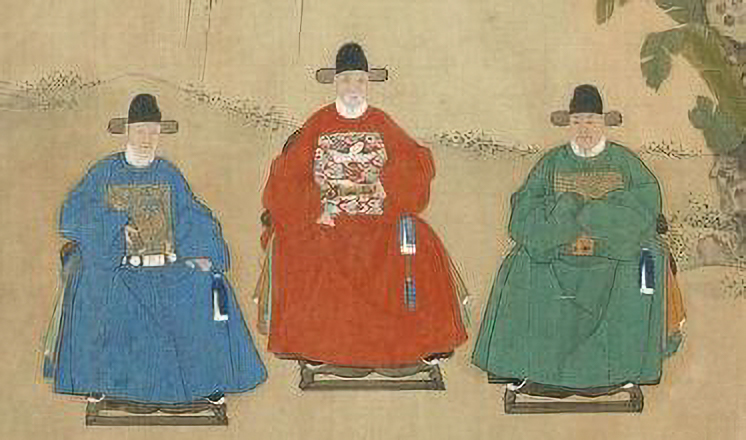 While I have not seen a top hat in human-created Mayan sculptures, I do find a similar hat in paintings of ancient Chinese culture. I supposition a connection between the two cultures at some ancient point of earthly colonizing. 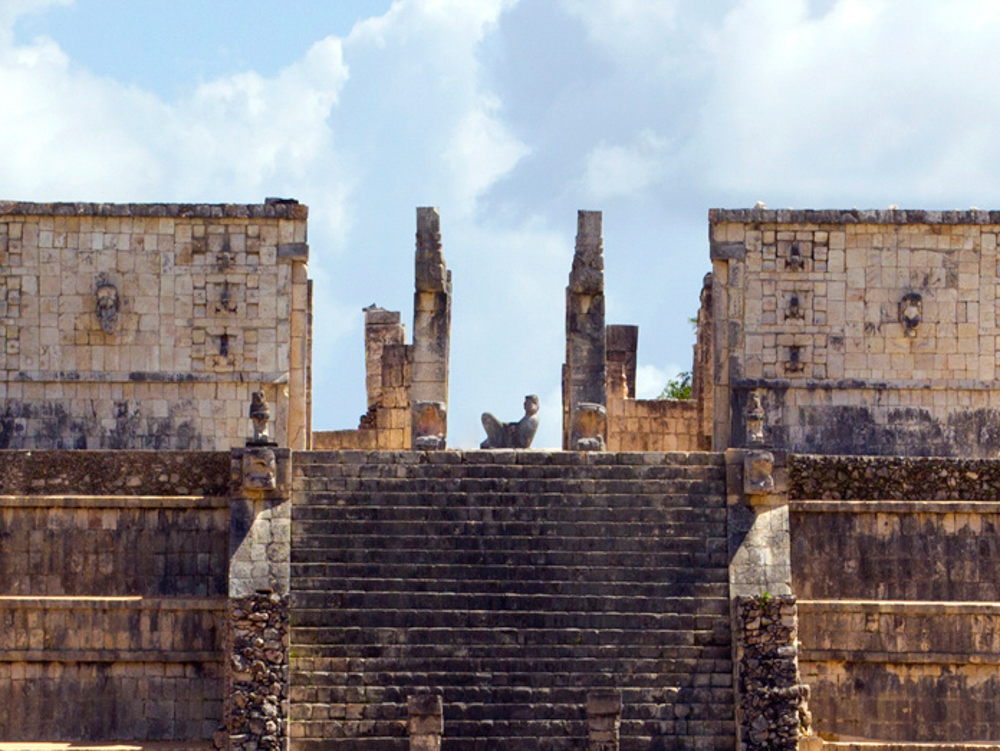 There was a strong tradition of human sacrifice in ancient Mayan culture, particularly the cutting out and offering of a living heart. I am of the opinion that the original directive from ancestral extra-terrestrials was more of a Christ-like teaching, asking the Mayans to offer love – e.g. their living hearts (still in body) to spirit. It is only this way a culture would survive. But, alas, as we see even in today’s world societies, less aware humans misinterpreted this to mean one should literally offer a living heart – e.g. cutting out a still-living person’s heart – and offering it on a temple altar. There is so much in interpretation of spirit transmissions that we humans misunderstand, in every faith and philosophy. 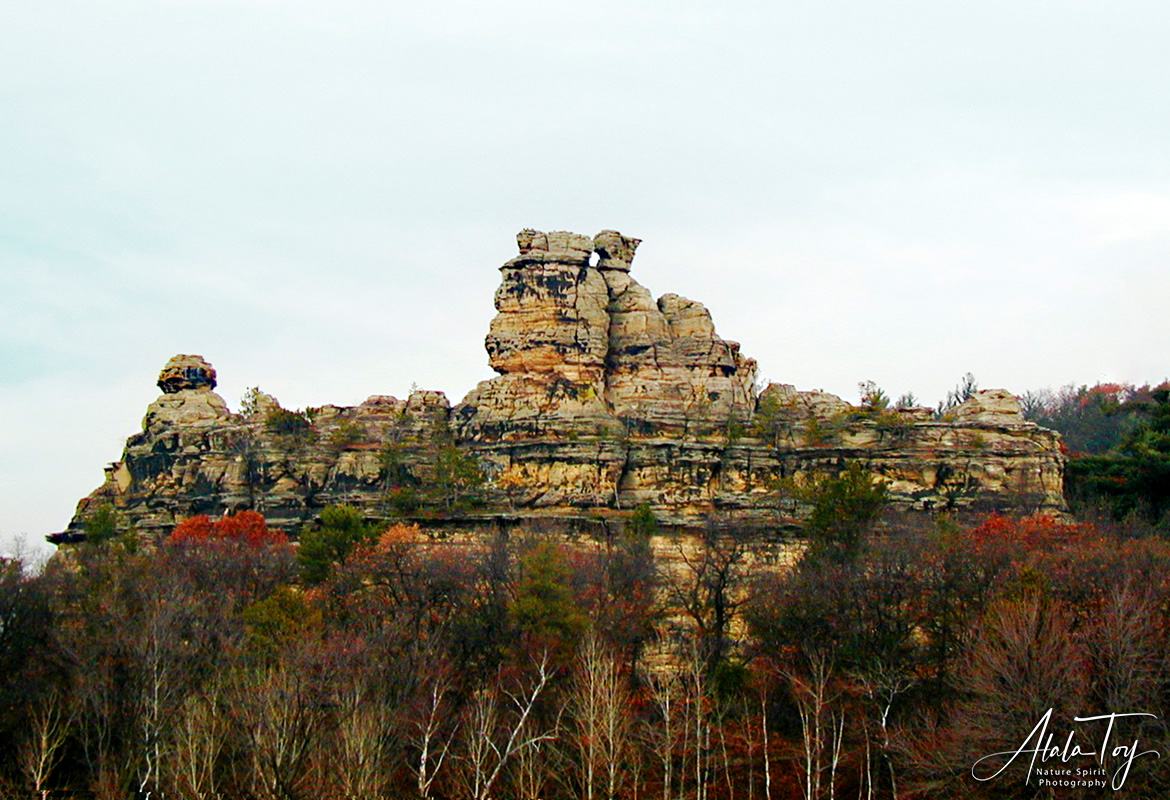 These nodal sculptural points are places where extra-terrestrial influence is seeking to properly ground and correct earth energy – in this case, resolving the need for proper sacrifice v misunderstanding.

A similar site is seen along route 94 in Wisconsin, at a place called Castle Rock, which depicts a being in a tall hat and a chacmool (sacrificial sculpture into which offerings are placed), back to back.