Walk Through a Natural Forest Shrine

The woods open up onto a tree-shaded meadow. It is tucked into one of the ancient rock canyons that occasionally emerge from Illinois’ flat prairies. The meadow is three quarters circled by a quiet stream. To the right and left are tall cliffs. One side drops straight down into the stream. The other side is a gentle sweep up to an outdoor cathedral altar with two shrines – one each for the male and female energies.

These shrines are also portal guardians. They stand against the cliff wall, on either side of an interdimensional door. It is one of those mysterious doorways that appear in ancient temples throughout the world. It is a door that doesn’t open and appears to lead nowhere but is actually a well-protected gateway to another world. This outdoor cathedral is the work of interdimensional artisans. 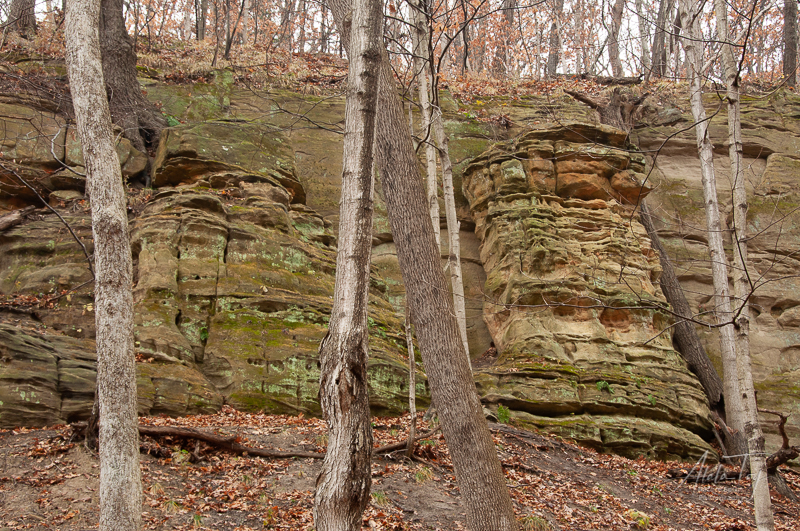 View from Female side

The female icon (left) is bulbous, like the famous Venus of Willendorf – a pre-historic symbol for the abundance and fertility of the universe. 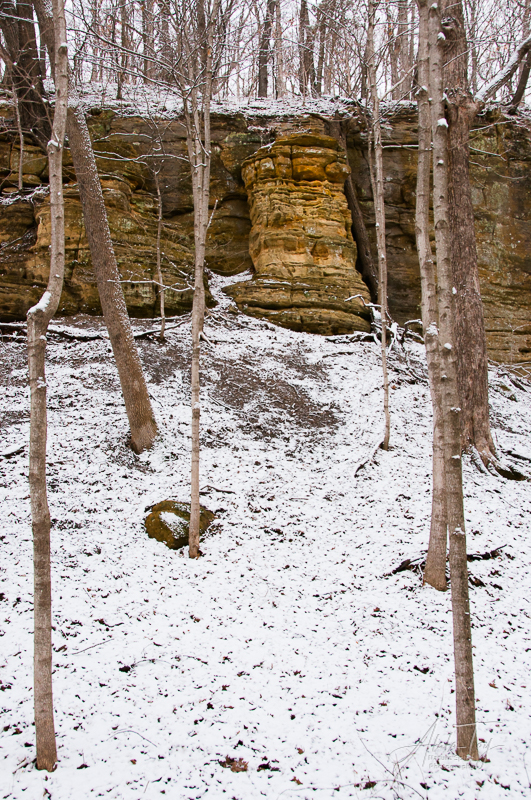 The male icon (right) is straight and firm, and wears a crown. He represents the warrior king authority of the universe.

Between them (as can be seen in the right side photo) is the cathedral-size doorway to another dimension.

I have often wanted to pass through that doorway, and I can see a world shimmering on just the other side, with figures moving about.

But I’ve always been alone on these expeditions and I hear in my head the stern warning the devas gave me long ago about portals. (And this may be a warning to me personally due to my current level of consciousness.)

Before you go through a portal, they warned, consider how you will return to the specific time and space from which you left. The topography looks different from the other side of such a portal, making it hard to locate. When it is located – you need a marker to return to the proper time/space. Otherwise you could end up sometime in the ancient past or the distant future. A colleague accompanying you, whose frequency you know well, is one marker option.

At the base of the shrine wall are two large stone altars – one directed towards each of the shrines. The top of the each boulder is flat. In our world the altars are remarkably clear of any woodland debris. They appear to be well attended to in another dimension. 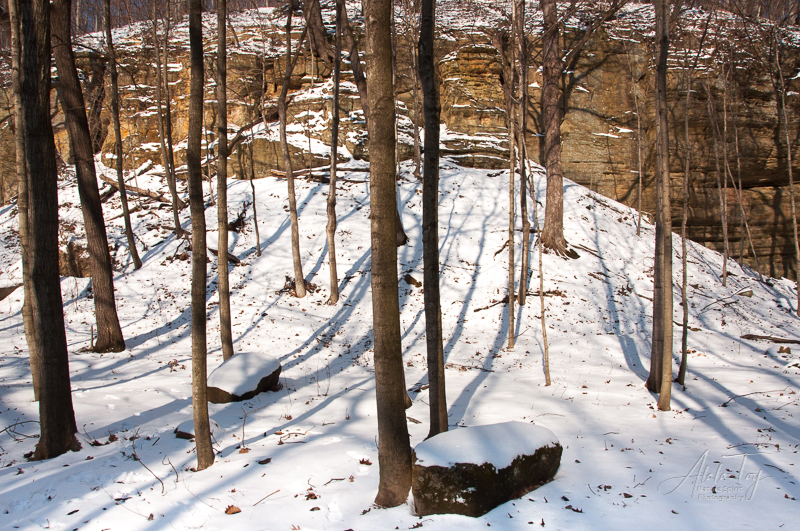 The meadow area is the cathedral floor and some of the congregants have their places permanently marked. They appear as tall trees in our dimension. I imagine their spirits slipping out of their trunks, tall and elegant, joining in with the hundreds of other nature beings of all sizes – specters to our human sight, but smiling and reverent in their own world. 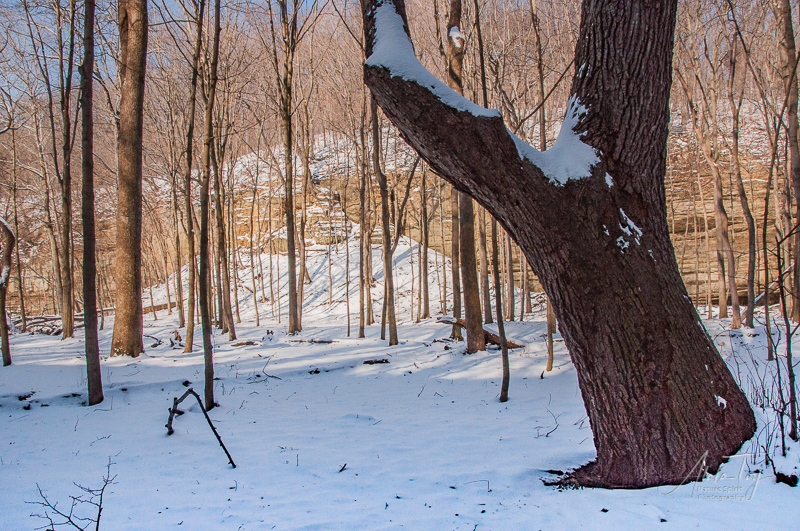 The canyon has the profound stillness one finds in the great European cathedrals like Chartres. It is a silence full of centuries of accumulated prayers. Here it comes from the supplicants of another dimension, who have prayed in their outdoor cathedral over a long period of time.

This article tells the story behind my photo, Forest Shrine.