Charge of the Lancers

Some nature beings have responsibility for the health of the land. Restitution of balance can take hundreds of years, as is seen in trees around the area of the fiercely fought 1777 Battle of the Brandywine. The battle was fought on September 11 – not a good day for Americans! Over 30,000 men fought here as elite British soldiers overwhelmed a fledgling army of Colonials under their young commander George Washington.

The Gilpin homestead in Chadds Ford, PA, with its open fields, was a major staging area for this battle. A number of trees in the woods have ferocious images where conflict soaked deep into the earth grid. Shown here is a British Grenadier with with bayonet (tree branch), ferociously advancing in battle. Above him is a Valkyrie-like goddess of war, ferociously working through the soldier.

The spirit of this tree, and the nature beings, are still hard at work as they seek to contain and transform the destructive energies of war, for area earth transformation.

Next to the Gilpin house itself is what is now a majestic sycamore tree. It would have been a young tree at the time of the battle, and has seen many a change in the fortunes of this land as the home and its occupants struggled to survive. Sycamores carry prayers to spirit; the faith of that Quaker family strengthened its existence as well.

This tree has received official recognition by the National Arborist Association as having been here at the time of the signing of the American Constitution. This property is now part of the Brandywine Battlefield Historic Site. 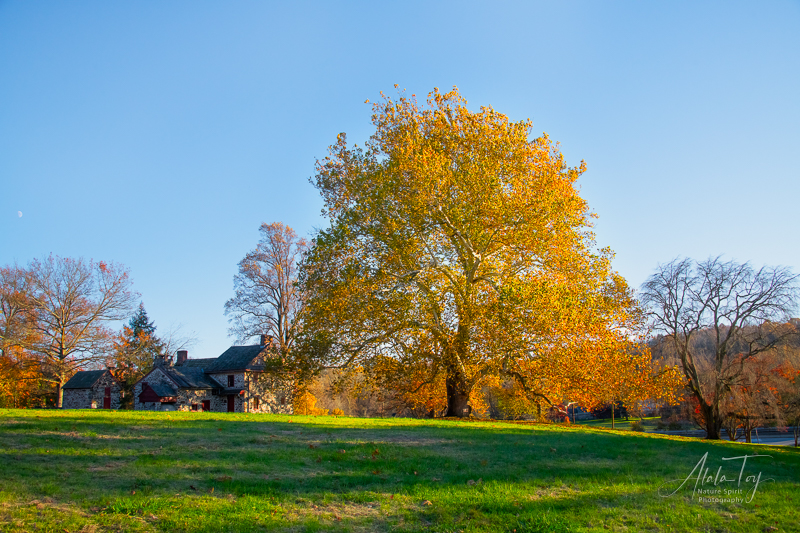