Images in an American Elm 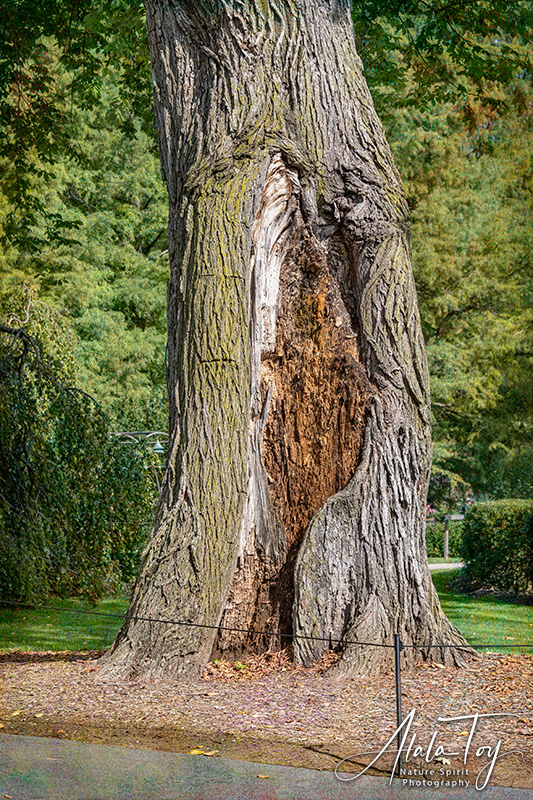 Spirits of the American Elm

Few of us remember the time when giant American Elm Trees lined the streets of our country villages and cities. This giant elm stands at the entrance to Longwood Gardens, Kennett Square, PA.

The nature realm, the tree spirit himself and the human gardeners are all working hard to prolong the life of this prized tree. It is the last remaining tree in the long colonnade of elms that once lined the path. 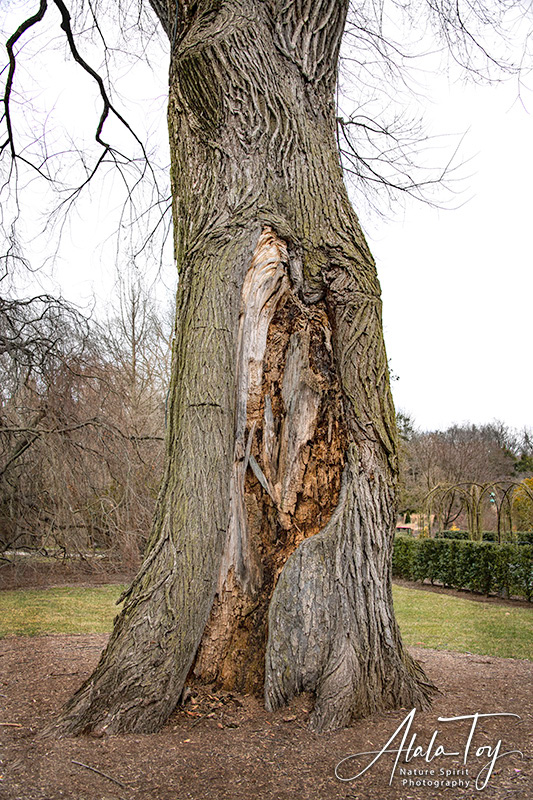 This tree contains the images of its own spirit, of its spirit helpers, and of the work it is still undertaking for our common earth. Like many trees, these images are complex, merge into each other, and shift to our human view when we shift our own frequency to identify with different of the tree’s embodied energies. 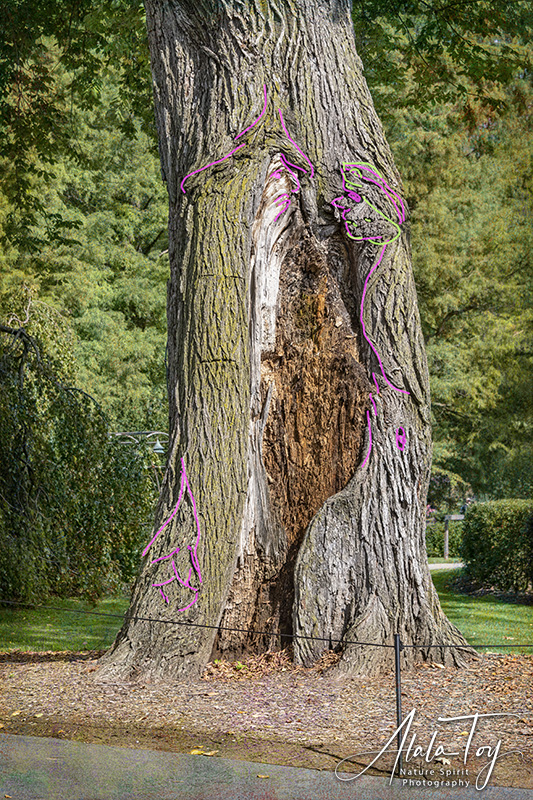 Top left is a photo of the tree I recently took. Below it I show some of the images graphed out for you.

To the top right is a photo I took from a different angle and wrote about several months ago. Different images predominate at that time and angle of view.

What is stable in all photos is the image of the tree spirit himself – a very long sad eyed being who is standing guard over the very large damaged area of the trunk (which is also a portal into the realm of elms and into the long-gone Native American influences – note the sad eyed Native American profile seen most clearly in the older photo to the right).

Below are close ups of some of the complex areas of the tree. 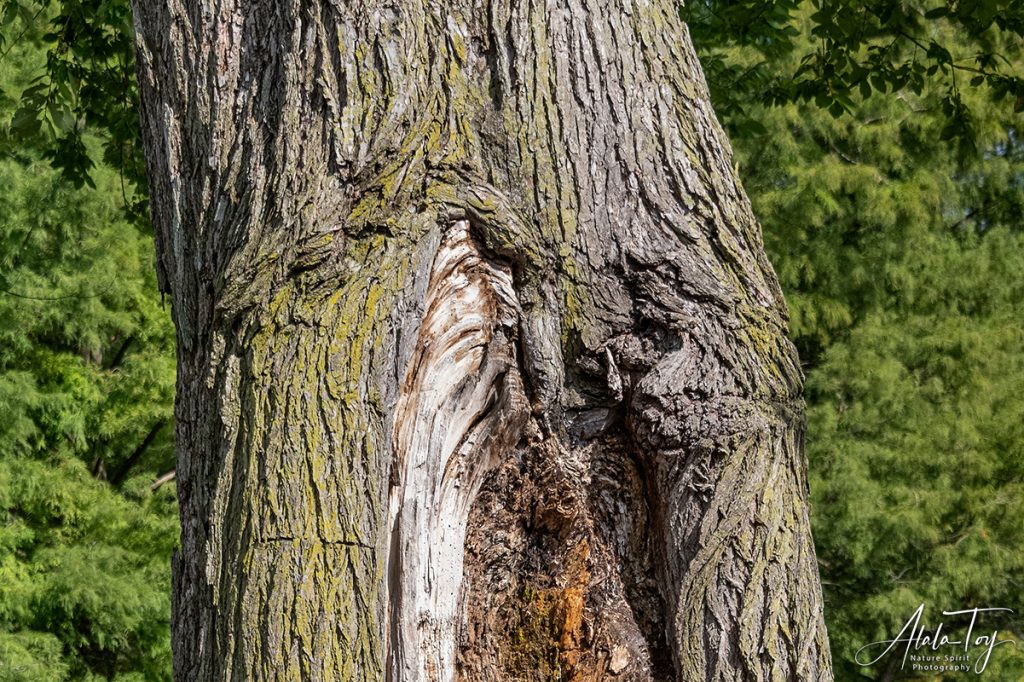 This Kennett Square, PA area is a remarkable testament to the efforts of humans and nature to work together. An aura of peace and joy permeate the area. The influence of the peace-seeking, religious freedom-seeking Quaker pioneers is strong here.

In this old elm, as seen in the close up to the left, resides the image of a British Revolutionary War era officer, with mustache and helmet. This image is very significant as it is another example of the nature realm still working hard to balance out the effects of an old bloody conflict – the Battle of the Brandywine. That battle took place in this area in 1777. The conflict between the British troops under Generals Howe and Cornwallis and the American patriots under George Washington saw the deaths of thousands of young men and the temporary defeat of the patriots. 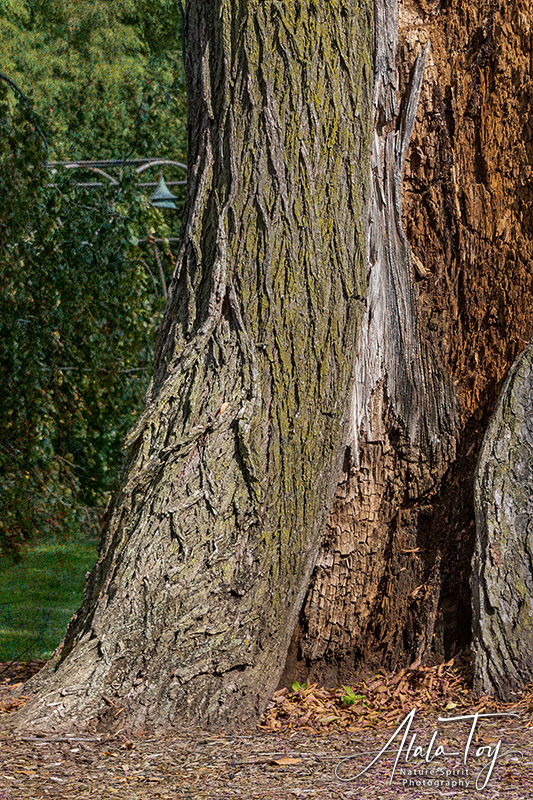 I never expected, but have come to accept, that the nature spirits throughout the area have embedded the images of various military officers in trees as a way to absorb and transform that deadly act of aggression. The trees are not as old as that battle. Therefore, they are examples of trees working resonantly with actions embedded in the earth grid of the area, to correct that frequency and restore peace to the land. This on-going work on the part of the nature realm contributes to the strong sense of deep peace found in this locality.