This ring appeared in a large tree outside the front door of my apartment house. It looks like the fairies had quite a night of it, and perhaps grew a bit tipsy – a number of the mushrooms are quite askew!

This tree houses a fine-featured fairy princess, with a male consort in conical hat below her to the left of the photo, and a perfect little heart down below – the energies of the fairy world offering their love to each other and to this area! 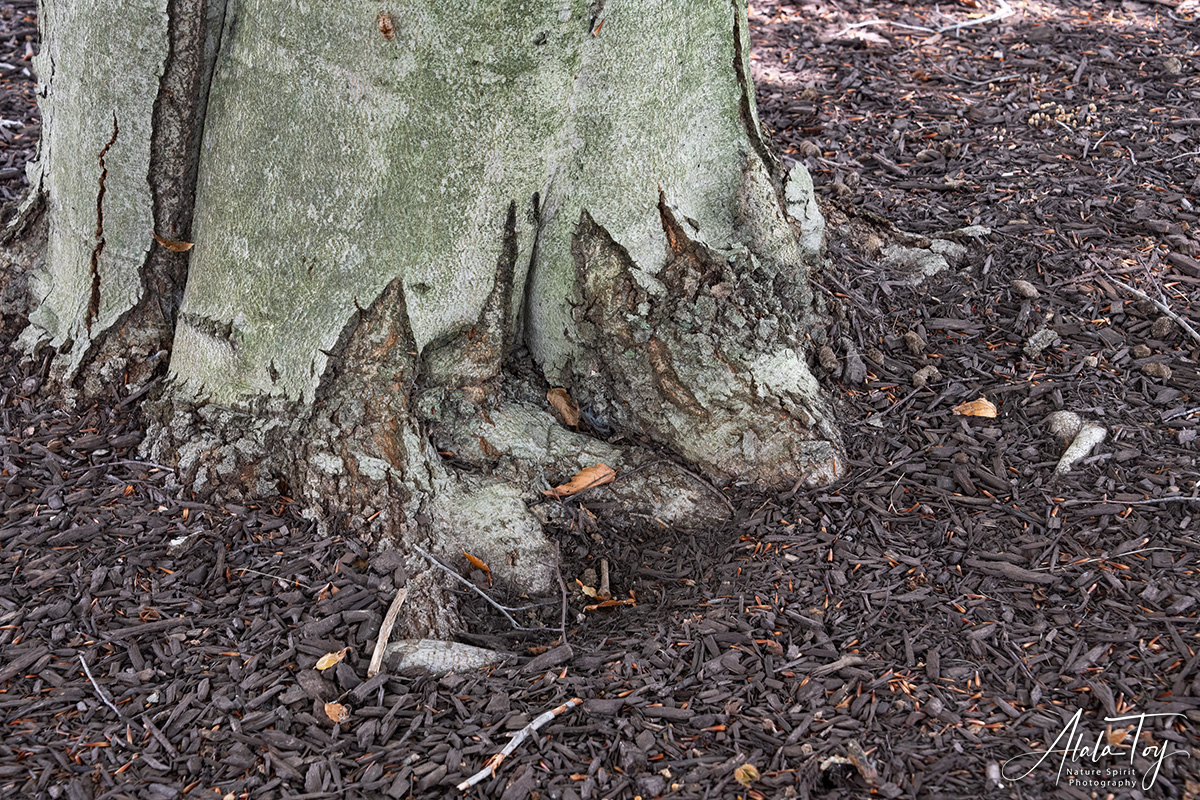 Young Gnome and His Baby Dragon

How to Train Your Dragon

The Beech Tree also houses a very cute little duo of a baby dragon and his tall-hatted fairy rider.

So shown in this tree are the span from the tall to the small fairies.

I did two versions of this fairy circle. One is from the human point of view – see below, with human world driveway and cars, the human energy almost obscuring the fairy spirit.

At the top of this blog you can see a version done from the fairy perspective. Here the tree and the fairy ring are the realities and the human world fades away into a blue mist… 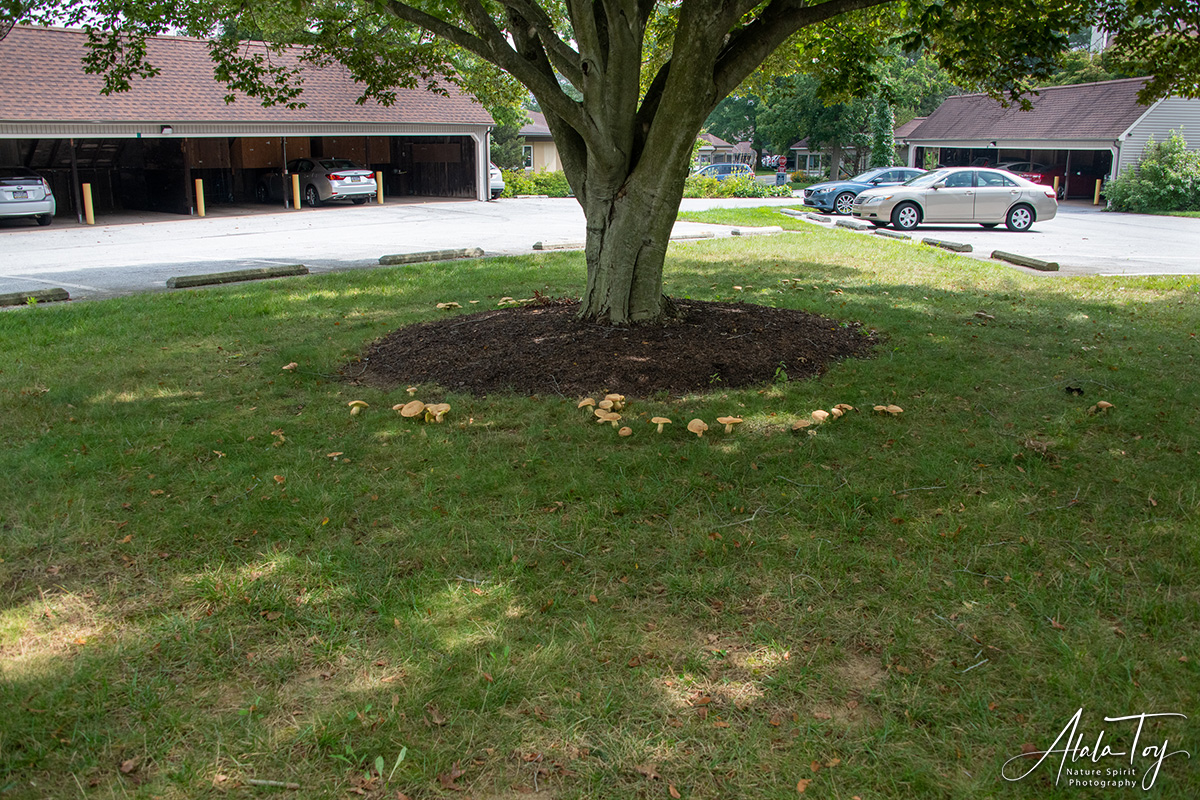 Fairy rings are said to be places where the fairies gather to play. Different countries have different stories about them. Most state that it is not wise to step inside a fairy ring at night when it is active, as it will displease the fairies who might make you dance until exhausted…or even cause you to disappear into fairyland for punishment. Some say the rings are caused by dragon breath – and there is a tiny dragon at the base of this beech tree. There is also a small bas relief of a fairy couple and a small heart; perhaps they are the lord and lady of the ring dances…

…I have personally found that if I ask permission to step inside, and am granted it, it is an opportunity to identify with fairy energy, for increased communication with this species, and it is quite a pleasant experience.

Scientifically it is said that “Fairy rings are caused by an individual fungus growing underground. The fungus sprouts lots of small threads, called mycelium, in a circular shape. A year later, the mushrooms pop up out of the ground at the edge of the circle, creating the fairy ring.” (Woodland Trust, UK)

This ring grew around a beech tree at the Kendal-Crosslands property, Kennett Square, PA