Mayan Figures in Maine and Colorado 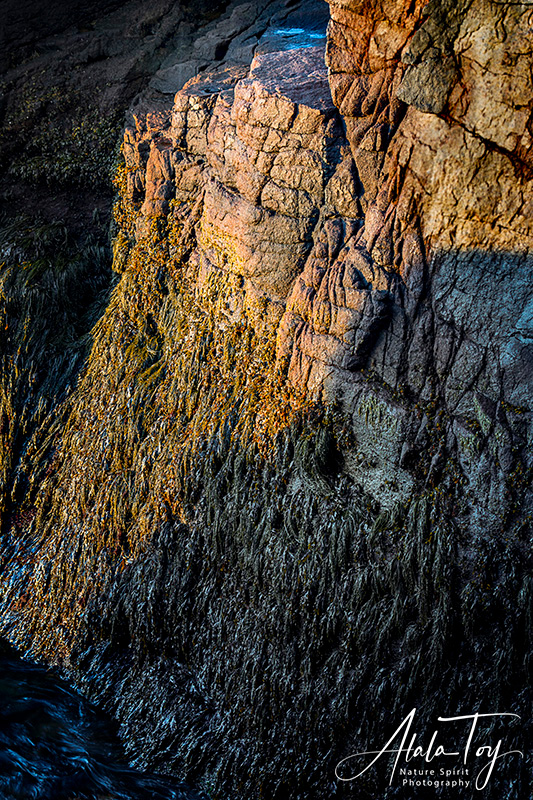 Here are two Mayan nodal points I’ve written blogs about. I wanted to show them here, in my coverage of some of the Mayan grid images I’ve recorded.

The cosmic Mayan images I’ve come across so far show a life form with Mayan features wearing a hat. They are points on a worldwide Mayan energy grid that anchors this stellar consciousness into our earth.

Earth is composed of multiple grids that overlap each other, providing the energetic qualities needed for various life forms to develop and adapt. At various points, for stability, these grids anchor themselves. I call these points nodes. They are places where complex lines of energy intersect and stabilize each other.

Sometimes a node pertains only to a specific grid and a crossing of its grid lines. Sometimes one node aligns with the node of one or more other grids and the anchoring line becomes a very strong energy vortex field on earth. These nodes are, for the earth, like chakra points are for a human. They are vortexes of energy. 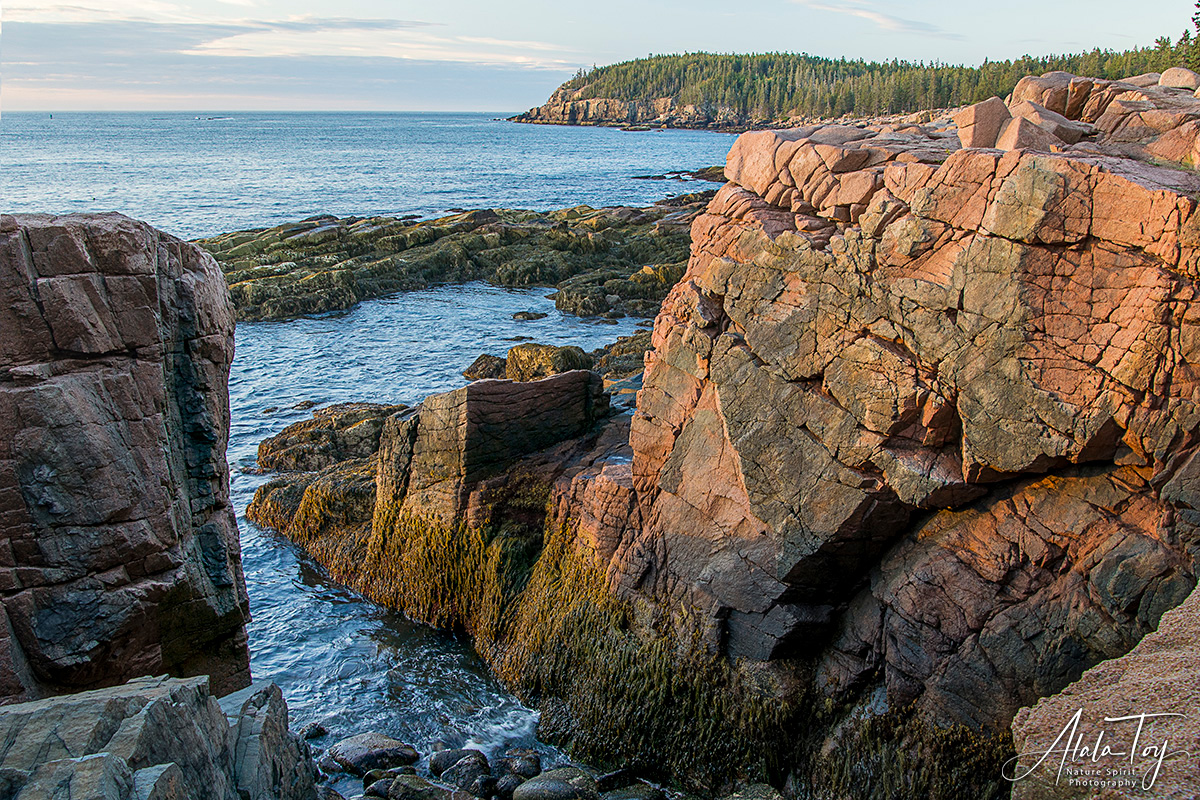 Thunder Hole is a well-known site along the Atlantic Coast in Acadia National Park, Maine. Heading south along the cliffs from this point, you come to a cliff-framed inlet that captures the morning sun in all its golden warmth. If you look down from the cliff, you are treated to this view of a cosmic Mayan elder in hat. To the right in the photo you see a human Mayan warrior in decorative headdress. This is a serious lookout point – you can tell by the grim expression on the cosmic Mayan’s face. It honors the valor of the warriors who protect their community.

I wrote about this cliff area in my blog “Rock Stability in Times of Stress.”

Continue your drive along the Park road and you will soon come to Monument Cove and its Mayan sacrificial scene, which I wrote about two days ago in my blog “Mayan Altar in Acadia.”

There are quite a number of Mayan references along the ocean coastline here. It seems to be a strong point for this consciousness, which blossomed and thrived for many centuries in Mexico and Central America. There is historical evidence of considerable Mayan travel for trade and settlement. And, as shown here, a serious effort by the advanced cosmic Mayan culture to anchor its energetic vision on earth. 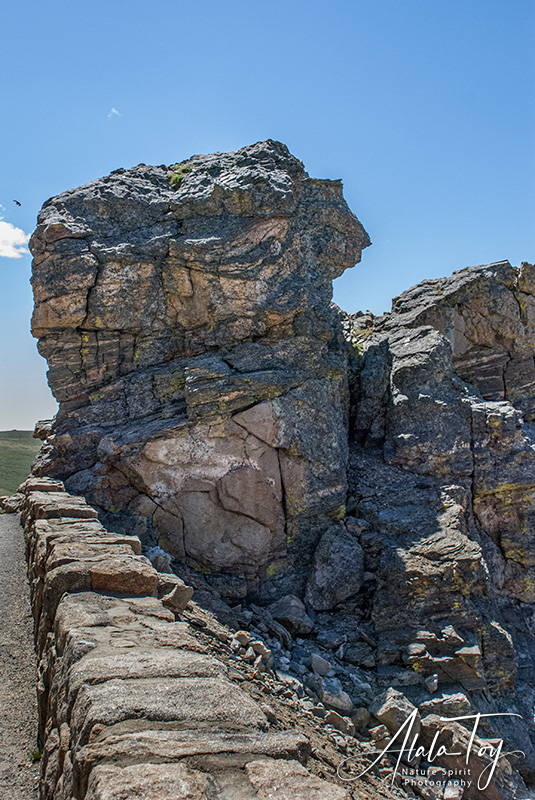 Rainbow Point, a stop on the road through Colorado’s Rocky Mountain National Park, is an example of a vortex point formed from the grounding of multiple grids whose nodal points cross in one place.

One of the grids that ground here carries the Mayan energy. This energy is keyed into a small stone island (shown right). Among the many images in this stone island is a prominent cosmic Mayan profile (with hat) facing right.

You can see the life forms of others of the grids that have grounded here in my blog “Nature Spirits of Rainbow Point – A Love Story.”

Below is the spectacular mountain vista the energies of this location are connected to. The multiple grids overlap in the collection of cliffs to the back left.