A tall seated figure presides over Windy Point, Mt. Lemmon, Arizona. He has a Mayan profile and a large ear ring. He is wearing a beret. Whether this was once a tall hat that some time in centuries past blew over in the strong winds leaving only the brim, indicates a lower in the hierarchy individual or is from a different point in the Mayans’ cosmic presence, I don’t know. 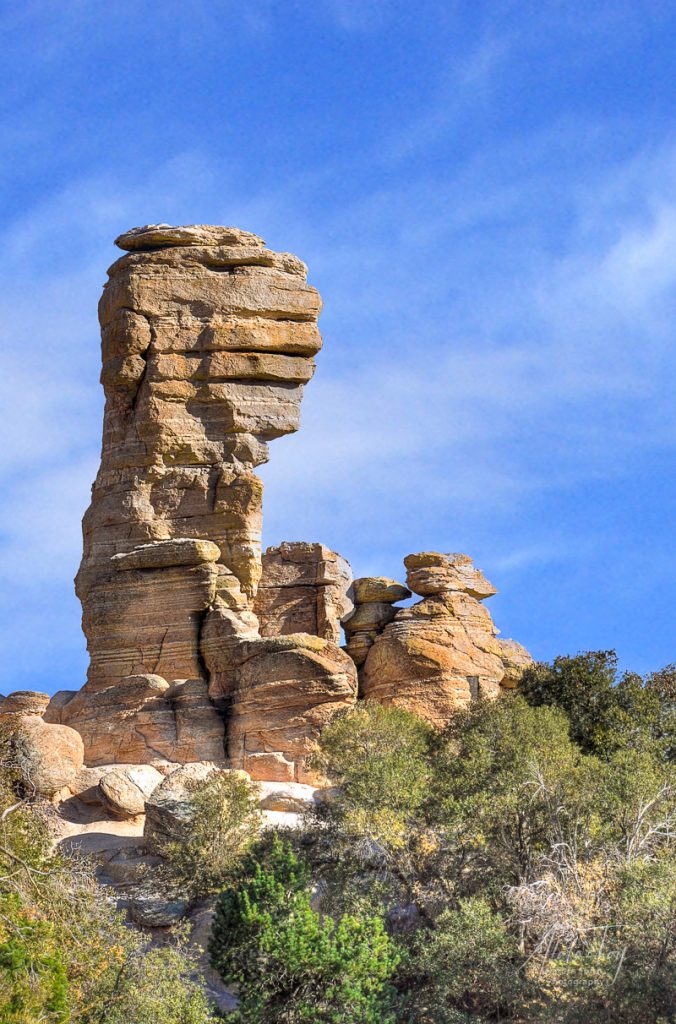 This cosmic Mayan “HooDoo” oversees the road up the mountain as well as the parking plaza that was probably at one time a natural flat table suitable for ceremony, a cascading mountainside of cliffs and a vast vista.

I’ve spent several visits to Arizona exploring this particular area. It has many beautiful paths with interesting shaped trees and rocks just out of sight on the lower right.

It is the scene just below the Mayan, on the other side of the roadway, that most intrigues me.

Here we see several stone formations that are, on close examination, a well detailed sculptural tableau of a Mayan family of three, sleeping peacefully.

The large seated figure at the top of the hill is the cosmic Mayan’s formal memorial as a wise, seated leader. The sculpted tableau below is a memorial to him as a family man. It also memorializes the cosmic Mayans’ successful mating with humans, and the result of this union.

I believe the Mayan presence on earth is a colonization and evolutionary experiment by a very advanced cosmic civilization called by some The Mayans. When in these blogs I call an image a cosmic Mayan – that means a depiction of one of these beings on their interactions with earth. When I say Mayan or human Mayan, I am referring to the evolved human species with Mayan genetics. 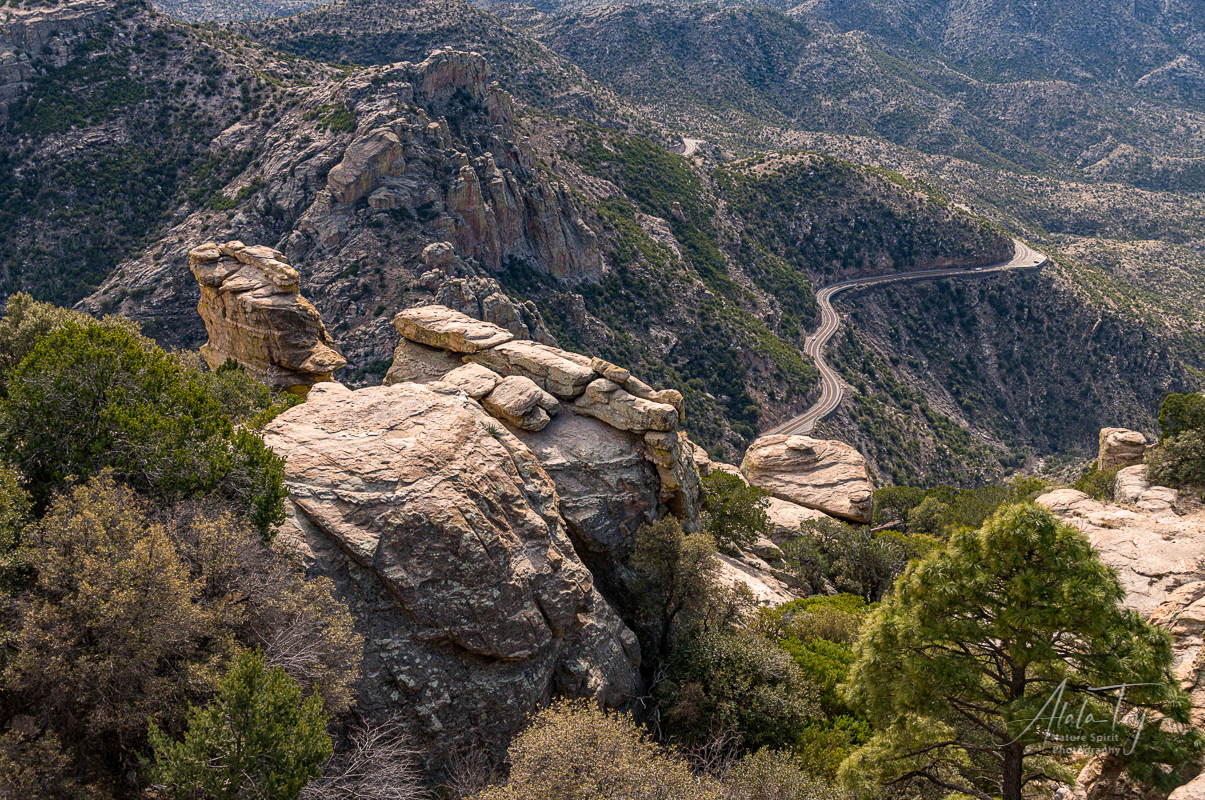 Worldwide, throughout earth’s history, there are cultural tales of matings between humans and the “gods.” These unions bring forth children who have expanded human capacities and introduce an elevated genetic strain into that culture. There are such tales in Greek, Roman and Biblical stories, such as Hercules and Samson. Ancient Egypt believed their pharaohs were descended from the gods and saw the introduction of a genetic lineage with elongated heads with the Pharaoh Akhenaten. Central American culture has its own stories and images, the most famous being the so-called astronaut bas relief on the ruler Pakal’s sarcophagus. 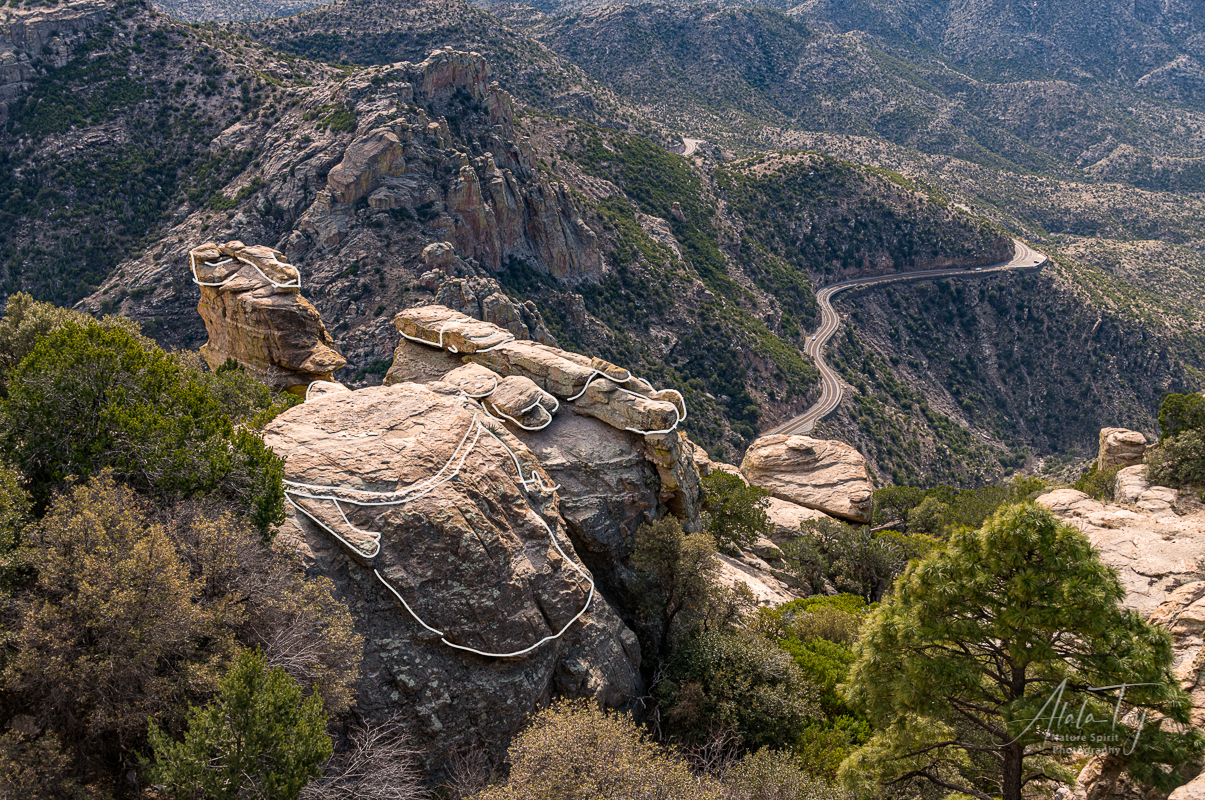 But here – up on this mountainside – we have a “simple” memorial commemorating the intergalactic family.

The cosmic Mayan is shown the far right, with his ceremonial top hat (like the Maine Acadia cliff bas relief I showed you yesterday). He is shown naked and his penis is extremely prominent. This indicates his role as a fertility energy is very strong.

On the left is a large female form. She wears a typical Mayan long dress with a decorative fringe around the top overlay piece.

It is said that the female who carries the inter-galactic child must be very strong, to handle the elevated energies growing inside her. You can see here, in the far larger size of the woman, the value that is placed on her role in this story. She is the one who guarantees the success of this “experiment.”

Between the man and the woman, and protected by them, is a small child. Thus this tableau honors the success of this inter-galactic genetic upgrade, the genuine love of the union, and the promise of protection to the human offspring.

Behind the three figures is a protective animal spirit of some kind.