Meet the Guardian of Place | Garden of the Gods

Here are self-portrait comparisons of the Guardian of Place, Garden of the Gods. He created one in the warm oranges of youth, the other in the cool blues of later years. 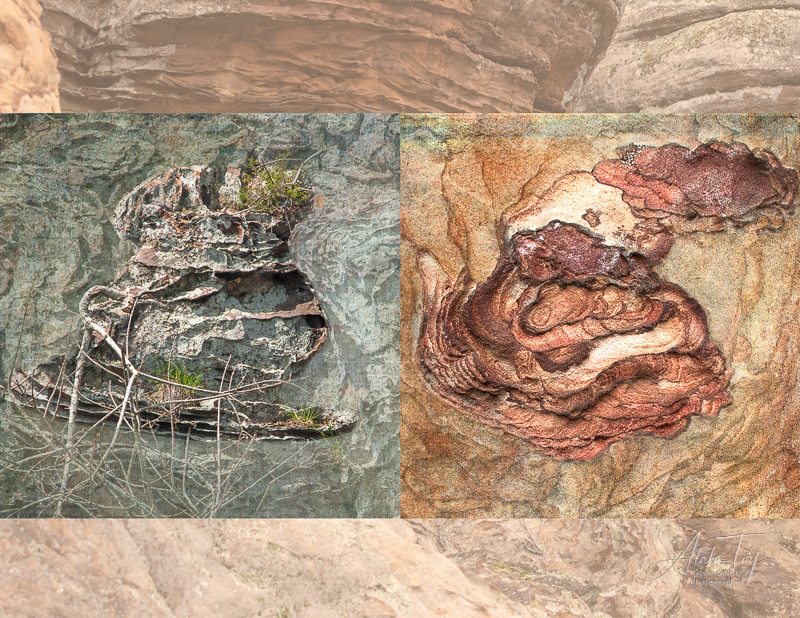 In each of these, the artist has portrayed himself in a robust manner. This is not one of the elegant, fine featured elves. This is a down and gritty earthy fellow. He has basic “common folk” features – round cheeks, rough features and in each case a symbol of his craft – an artist’s cap.

The visual technique in each is the same – a broad face surrounded by symbols of his energetic state. Note how he has changed over the years. The dominant colors themselves show the change in energy between youth and adulthood. In youth, the image is based in curving cloud-like dreams. In adulthood – it is straighter and more grounded. In youth, the dream of spiritual realization is foremost – emerging top right from his mind as the cobra hood, a classic symbol for spiritual knowledge. In adulthood, a tree emerges – his area of specialty – working with the life force energy of the rocks and trees of his area.

In youth, he has a fine shock of curly hair emerging from his cap. In adulthood, his hair is slicked down and his cap is transformed into a solid base with a soft top reminiscent of a crown – e.g. he has achieved his goal. In youth, he was smiling with the innocent unknowing of that age. In adulthood, his eyes are sad with the knowledge that comes from experience, his cheek bones more angular. In youth, far below him, the figure of a woman curves down while in adulthood, it is a tree emerging from his ear and curving down – he listens now to the rocks and trees of his world. 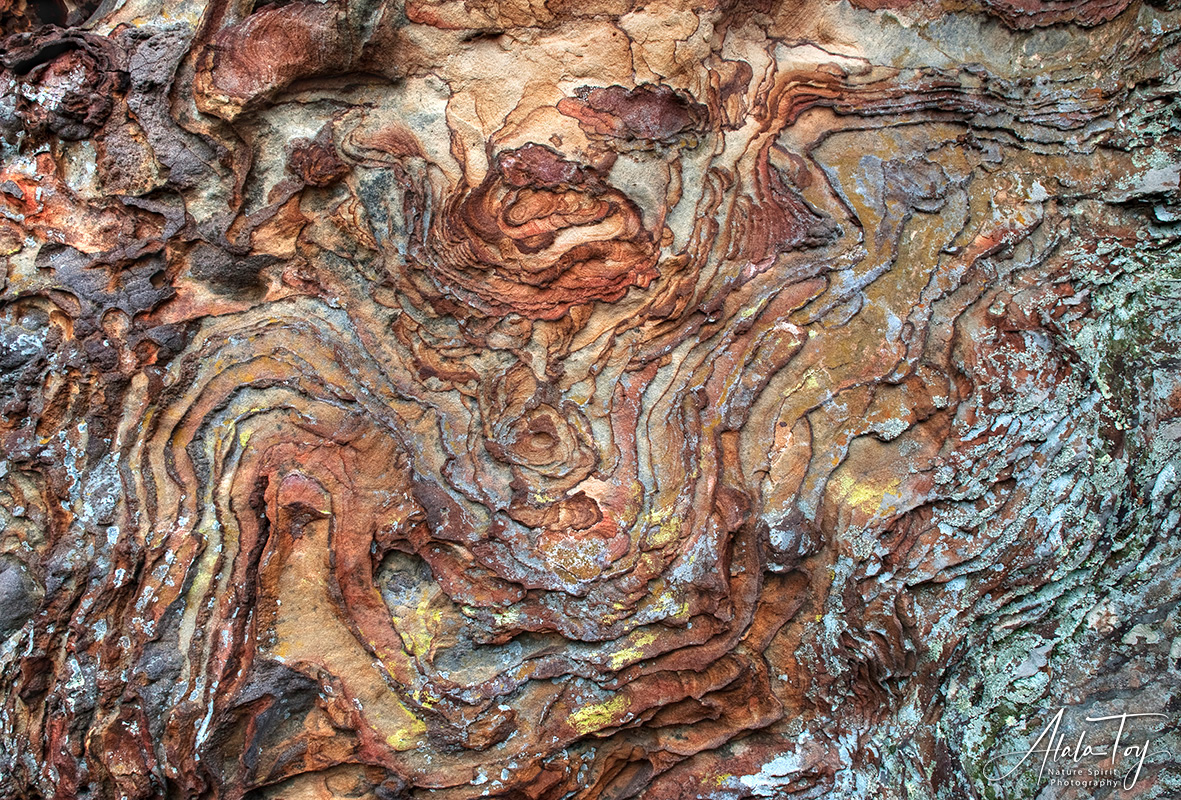 The portrait of him as a youth is part of the rock mural he created detailing his love story with a beloved of long ago – see my previous blog, Guardian of Place Tells His Story.

His self-portrait in adulthood has been created, large size, on a cliff that is facing the mural and the other parts of the canyon for which the artist is Guardian of Place. His portrait is located at the upper left part of the cliff. Surrounding him are many other stories, which we are exploring in a series of blogs. 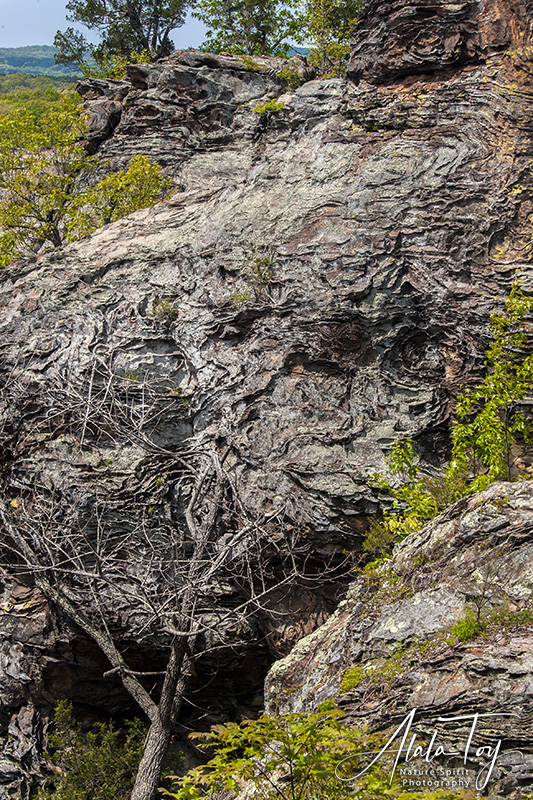 It is notable that, having attained spiritual knowledge, he is now aging at a much slower rate than is normal for his species, and as is evidenced in his Love Story mural where the woman has aged significantly. 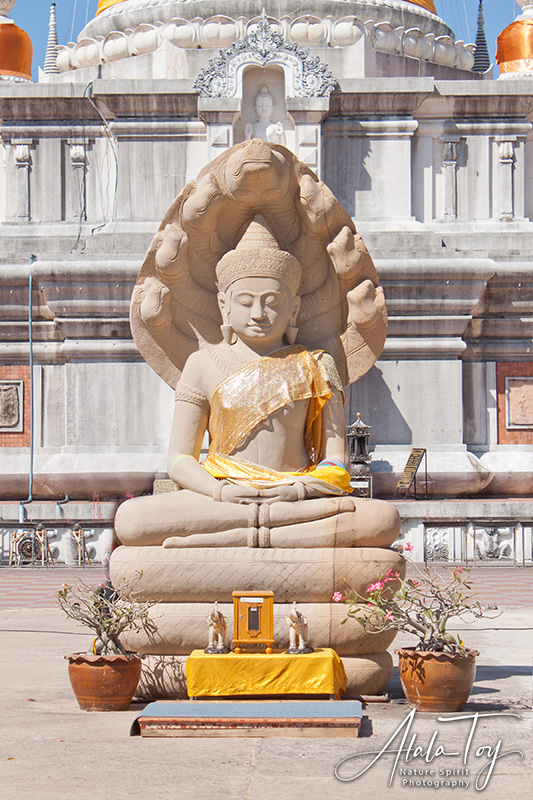 buddha sculpture and seven headed cobra in the temple

As some of you may not be familiar with Far East sculptural iconography, I’m including the photo of a sculpture of Buddha with the seven-headed cobra. This is the Far East symbol of spiritual attainment, which the Guardian adopted to show his aspiration.