Lion Courage Comes in Many Sizes 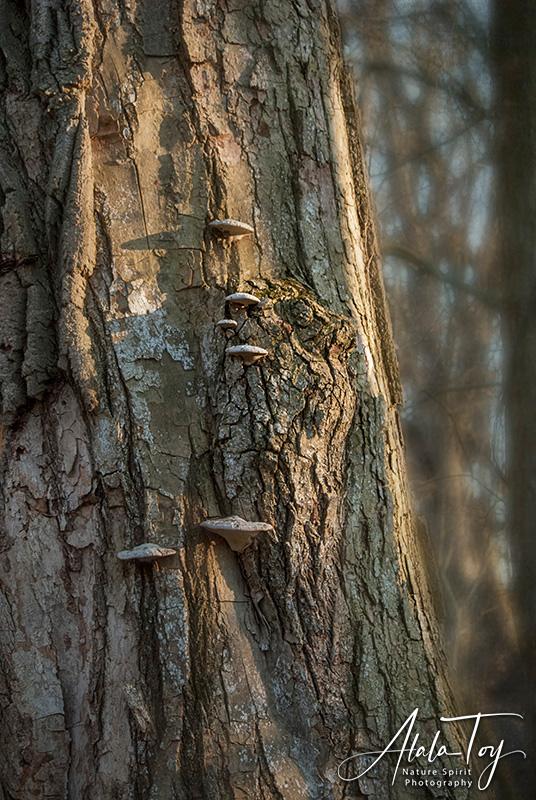 There are many energy grids that circle earth and make up its potentials. One of them is the Lion Grid. You will find lion images anchored in trees and rocks around the world. And also anchored in the moving beings – animals, people and nature spirits. These images come in all sizes. Lion courage is not a possession of only those outwardly large and bold!

Here is an approximately 12″ high lion image I found in a pine tree at LeRoy Oakes Forest Preserve. Look at his marvelous long main and handsome profile. He shows off well in the early morning sun!

Familiars in the Nature Spirit Realms

I moved around to take his photograph full on. This led to the discovery that the lion was actually the familiar for one of the masked wood elf warriors. In the nature realm, life forms often have a spirit companion – called a familiar – who accompanies them, protects them, and imbues them with a specific type of energy.

So here, although the head of this masked elf warrior is only a few inches high in our human world, he is cloaked in lion bravery, power and beauty.

I’ve sketched out the two images below. The elf is in white and the lion is in pink.

This image is notable for many reasons. It is another portrait of a specific elf of the genus I call the Masked Elves. Apparently I have a strong affinity with this group for I have photographed many of them. I am very fond of them! They appear in various sizes in trees and rocks but when I visit with them in the inner worlds, they are extremely tall, leanly muscular, composed, wise, ready for action if needed but content to stand at peace if the situation permits it. True warrior spirits!

In our world, this warrior masked elf is small. In his dimension, he is large. In our world, we would consider the lion headdress decorative. In their world, this is a living force whose energy imbues the warrior he is associated with. This duo is strongly connected with, feeds into, and thus strengthens the worldwide lion grid. 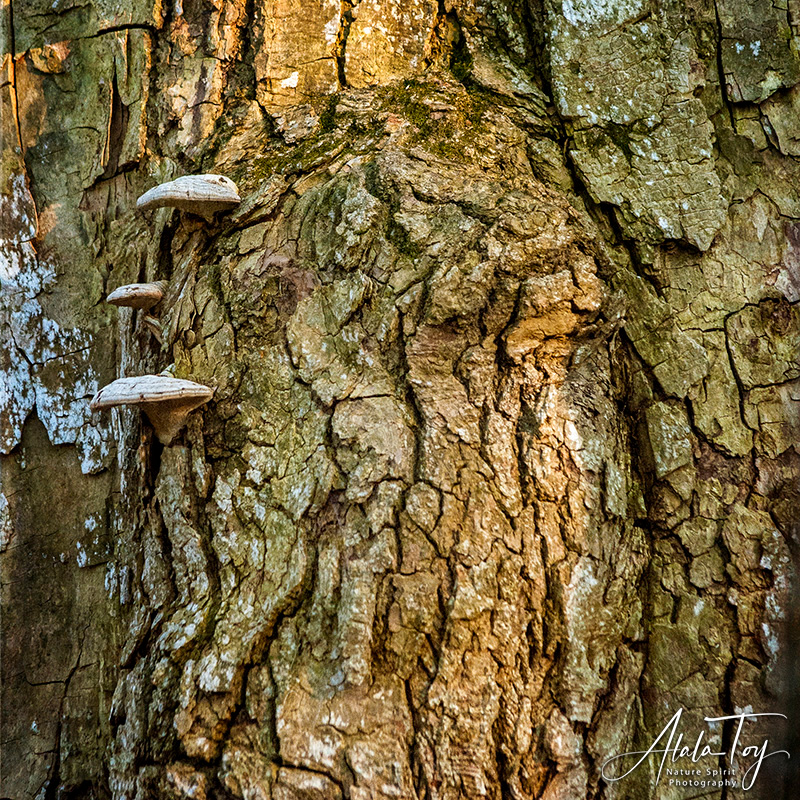 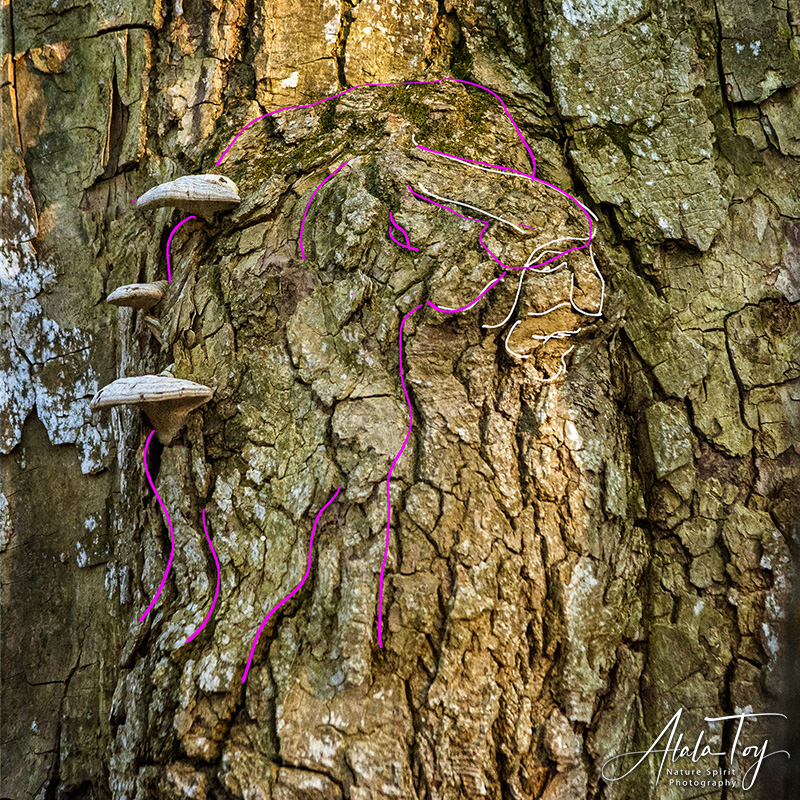