The Warriors of Bell Rock, Sedona

How many warriors do you see in the photo of Bell Rock, Sedona, AZ? 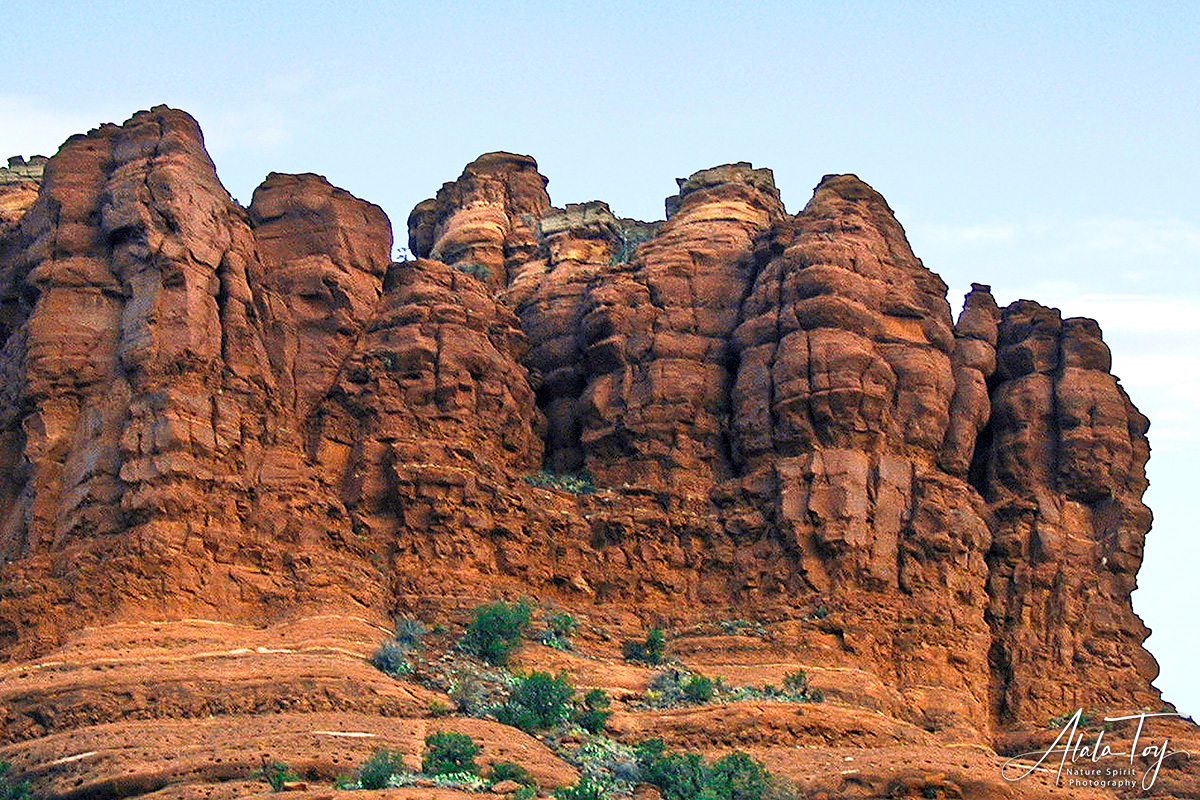 Bell Rock is a famous masculine vortex in Sedona, AZ. If you look closely, you can see at least five warriors with distinctly different personalities profiled in these rocks, along with their dog.

Sedona is famous for its many vortexes, which generate energy from within the earth Herself. Each vortex has its own personality and energy. My favorite is the powerful Bell Rock, located just south of the main town. It is known as having masculine energy. And, indeed, this protective energy is palpable when you walk the various trails around and up this earth power point. 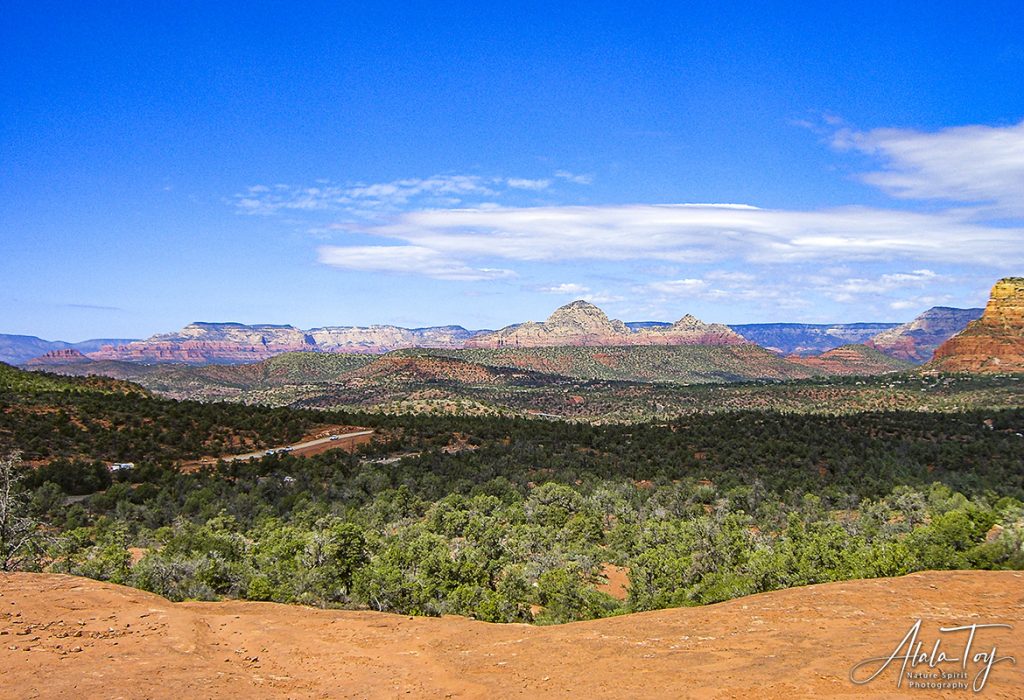 My experiences here were profound. I first visited many years ago when I felt the need for protection in my life, having just made some drastic lifestyle changes. I felt the arms of Bell Rock surround me and course down through me. The protective energies of the universe funneled through me and down deep into the core of earth. I was home. I was protected. I was accepted.

Shown here is the view I experienced, looking out from a plateau on Bell Rock into the desert.

This vortex has generated multiple images of warriors of many world civilizations. The images manifest aspects of the warrior energy. Lightening up this all-male consciousness is their playful, barking watchdog, located right in the middle of the warriors.

Shown right is a view of Bell Rock from town. 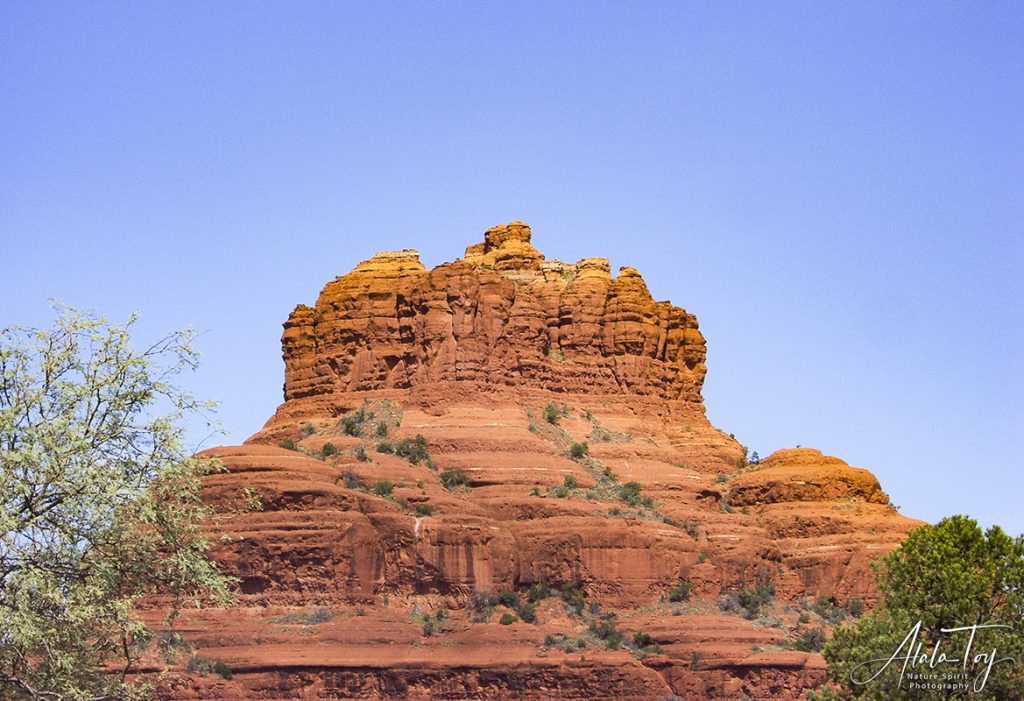 This deep acceptance and protection is a key energy of this power vortex. Vortexes are locations on the earth in which multiple grids of consciousness both laterally and vertically cross each other and earth’s incredibly wise and incredibly ancient wisdom shoots through them to the surface. In some areas, as in Sedona, the earth’s protective shields are very thin and this inherent wisdom blasts outward, tailored in many ways to specific frequencies. There are so many aspects to such locations that one could write a full book about any of these sites.

People who live in Sedona may, after several years, develop what is called a Sedona High. This is when the energies of the many vortexes have fully moved through all aspects of their personal energy field and they become spacey from the energies. They have to leave Sedona for awhile to reground, before heading back home.

Below are two mesquite trees. They demonstrate how vortex energies – which exist as fields within fields – affect biological growth. The straight tree is simply growing naturally while the other shows  how growing inside a vortex will create a circular spin to growth. 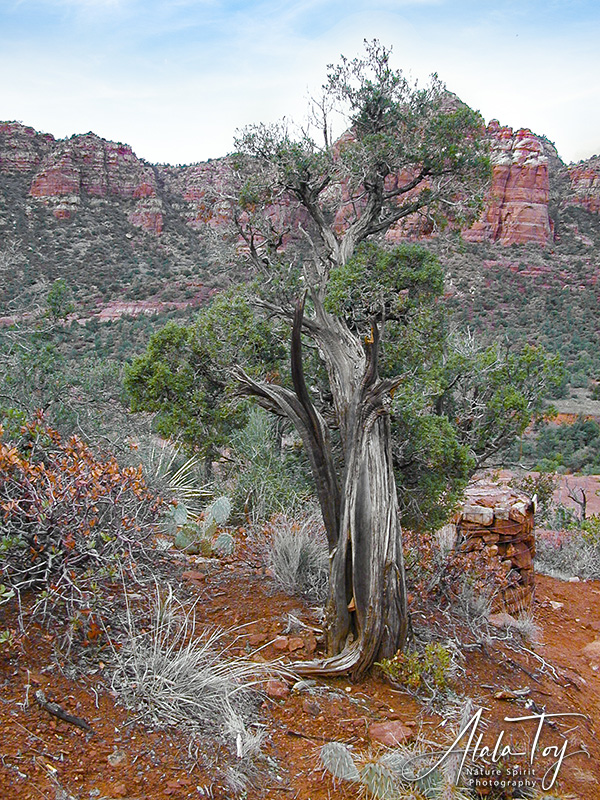 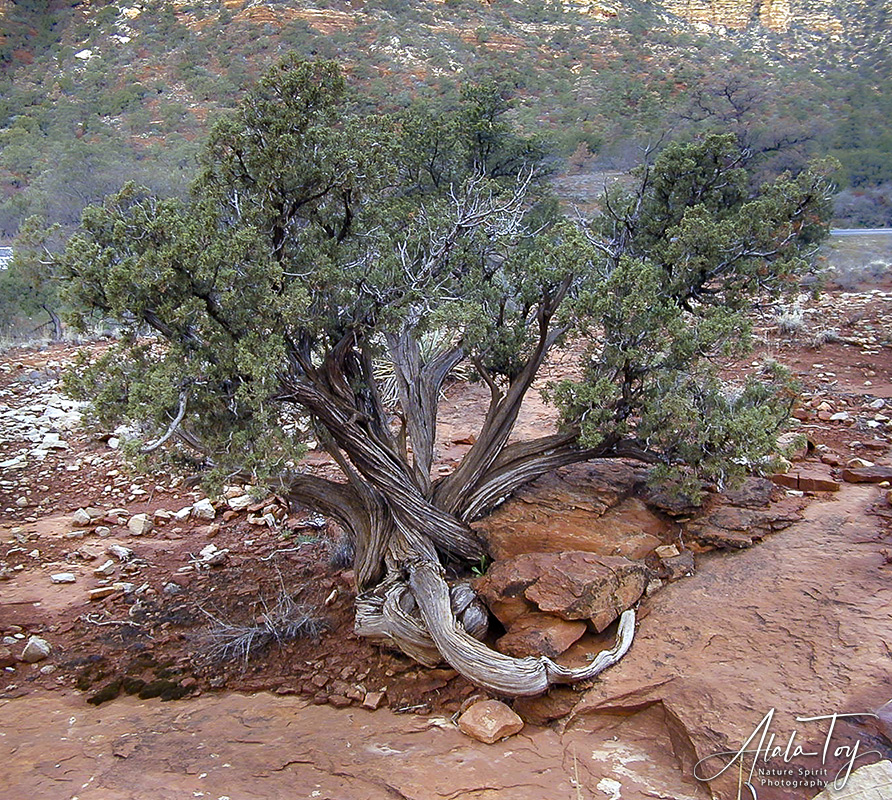 And here is a small white desert flower who has found its home along the mountain path. 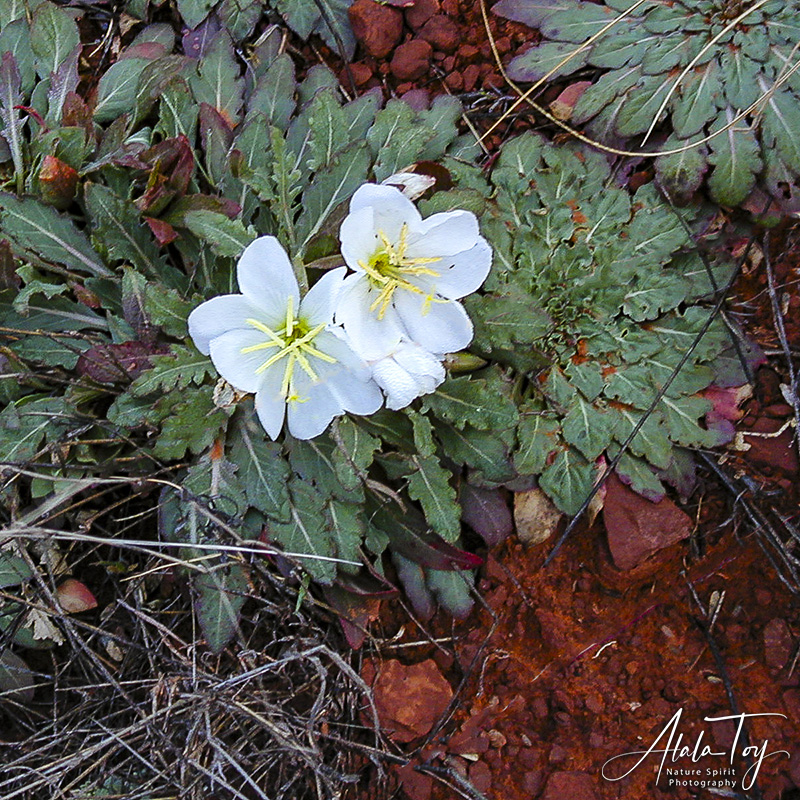