Spiderwoman moves stealthily through the woods of Franconia Notch, New Hampshire. (Below Left)

Spiderwoman walks the forest, her children on her back and a grey specter behind her

The spider occupies a central point of fascination for most of the earth’s traditions. Its meaning spans the range from being the Vedic and Native American symbol for the creation of the universe to the Greek image of the three fates weaving the pattern of a human’s life to Western lay culture’s image of the spider as a woman weaving an ensnaring trap for a man. Metaphysically, the spider represents creativity for it spins forth form from inside its own being. 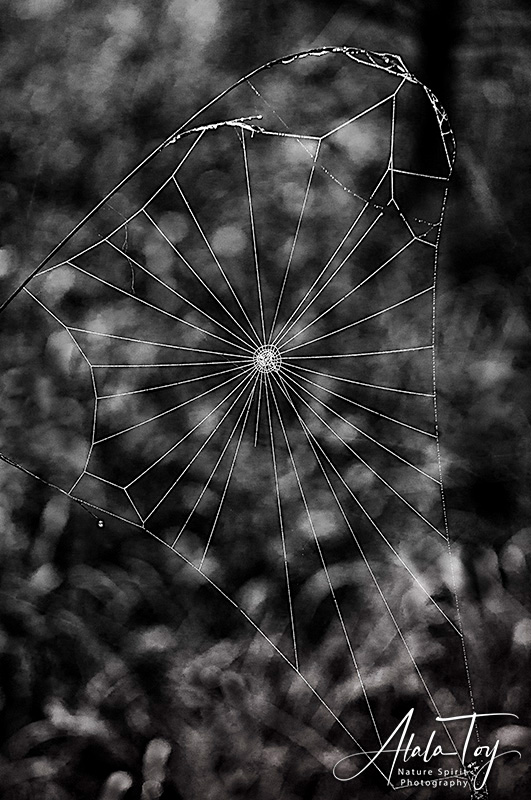 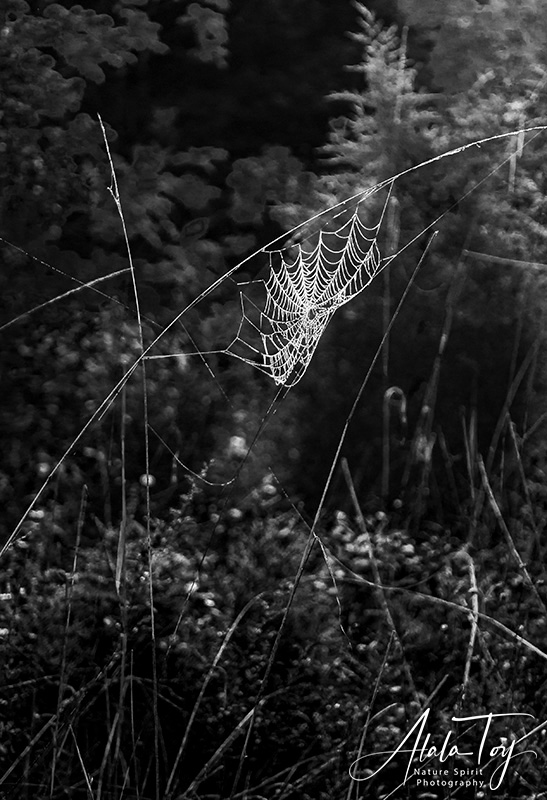