Gryphons, Trooping Fairies and a Portal

European trooping fairies, their Gryphon coat of arms and protection from a human friend…yeah, sounds like another Central Park story!

This tree looks very dark and totally unassuming, should you pass by it on one of the park’s larger cross-town paths. Which I have done for many years. But on this year’s visit…my goal was to locate major interesting nature stories. When I received a magnetic pull to check out this unassuming tree…I went.

For quite some time I studied the tree, wondering what was so special about it that I had a call…and now literally could not leave. I was planted in place – a device my guides utilize when I am being too slow to identify with the situation.

Slowly…slowly…I kept turning the kaleidoscope of frequencies until – bam! It locked in and I was looking at a – gryphon? “Gryphon”, the nature spirits said (he himself was being very regally protective and not talking at all). “Not ‘griffin’, not ‘griffon’.”

So I knew I was encountering a European royalty situation – the folks who sometime feature standing gryphons on their family coat of arms.

Like all the stories I have been shown and told by trees and rocks and nature spirits – I share it with you as I was told. I leave it to you to decide whether you choose to believe it or not.

This tree lives on the edge of a large sweep of lawn that is not actively utilized for any sports and there is no sidewalk along its edge. It is a perfect setting for gatherings of the trooping fairies – a very European group of nature spirits who love to travel and socialize en masse. AND…this day had seen a full moon the night before – prime party time! 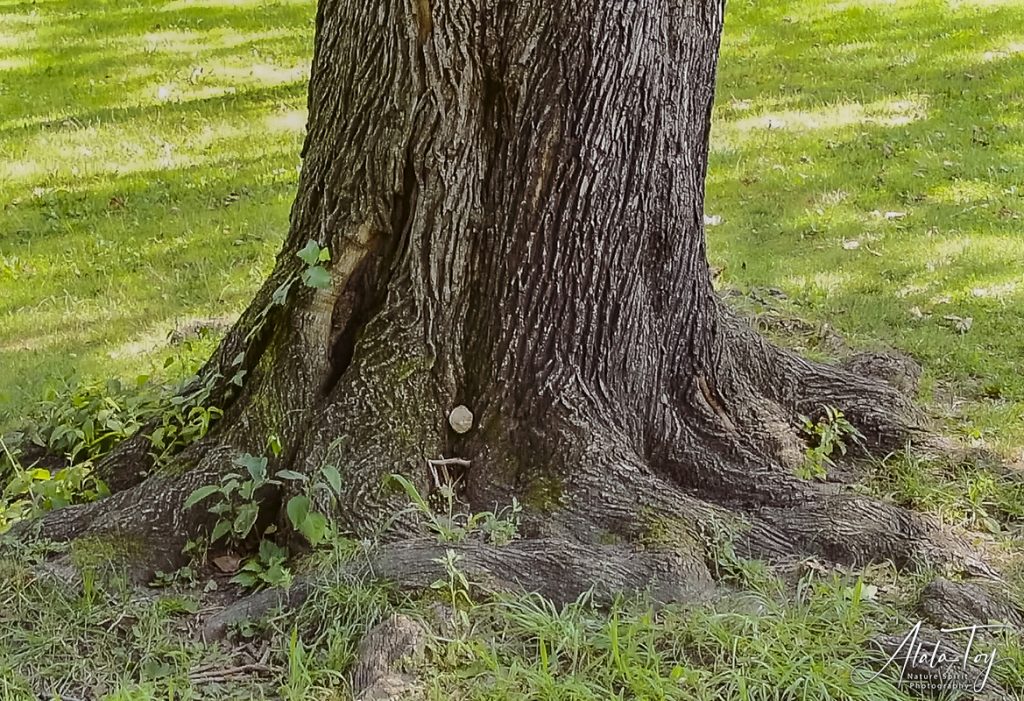 I followed the portal line of the gryphon down the tree, pausing to acknowledge the other nature spirits lined up along the way. At the bottom was a …. ? “Do Not Enter” construction. Crafted by human hands!

Do wonders ever cease! I have at times encountered such evidences of human awareness of nature spirit situations. Alas, I have not myself encountered the humans involved. I wonder who they are, and if I am missing seeing them because they look so ordinary.

Such signs of human interaction that I have encountered include a non-descript pink plastic tie on a single tree along a forest path. In the distance will be an especially significant, non-descript tree or glen where there is a strong fairy presence. Whether I see the tie before or after feeling the pull to the site depends upon my route along that path. 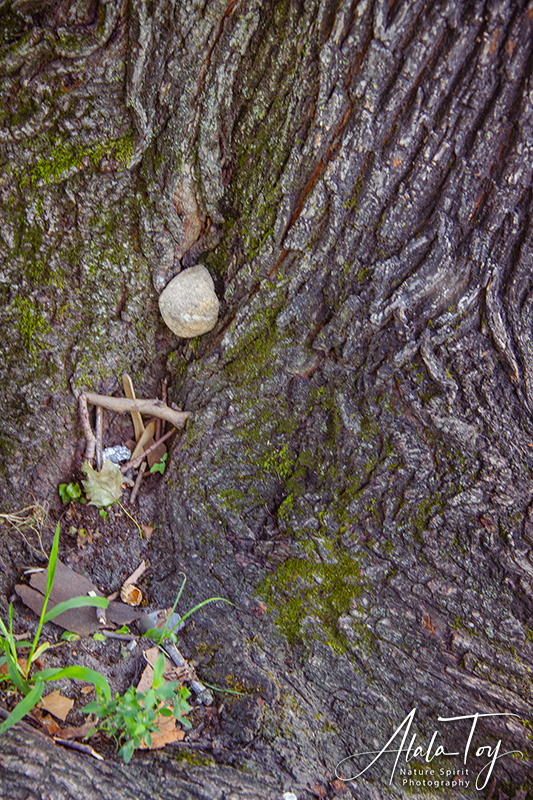 Close Up of Portal Gate

Sometimes I will come upon a precisely laid out circle of pebbles around a tree, or a tree with a wide clear space underneath it while leaves cover the rest of the forest floor. Sometimes a wreath, bouquet or single flower will be laid at the foot of a non-descript tree in the middle of a forest.

There are people who know but do not speak.

In this case – a small stone has been pushed into a small hole in the trunk, sealing a portal opening. Below it lies a small twig structure like a traffic barricade, with a popsicle stick securing it in place and a small piece of tinfoil beneath it. The energy was clearly – do not go further. When I queried, the spirits explained little third dimension beings (like mice) were wandering through the portal, so they asked a friend to help build a barricade. Trooping fairies will do that – royalty asking “ordinary” humans for help.

I thought this was so interesting, I took a very amateurish video of the tree which I’m sharing here.

Lastly. On the back side of the tree (the “back door” escape hatch) lives a protective circular tree growth.  At first look it seems to be a bored sophisticate – it’s setting that energy in place for those passing by – “Ho hum. Boring!! Nothing here.”  But on closer look, there is a wily fox on the right and hidden between the two – a mature “wily” elfin warrior. His eye is the sophisticate’s mouth (he is making sure they find the tree “boring”).

Below I’ve diagrammed these figures for you, and have attached the video 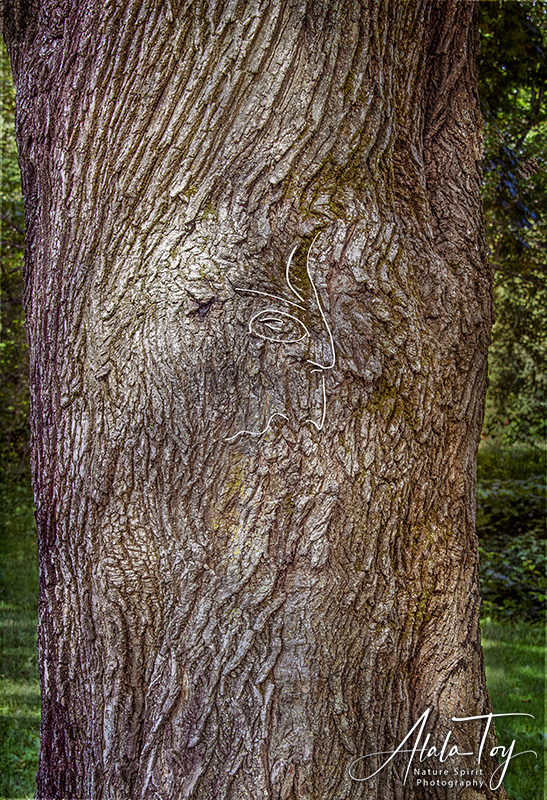 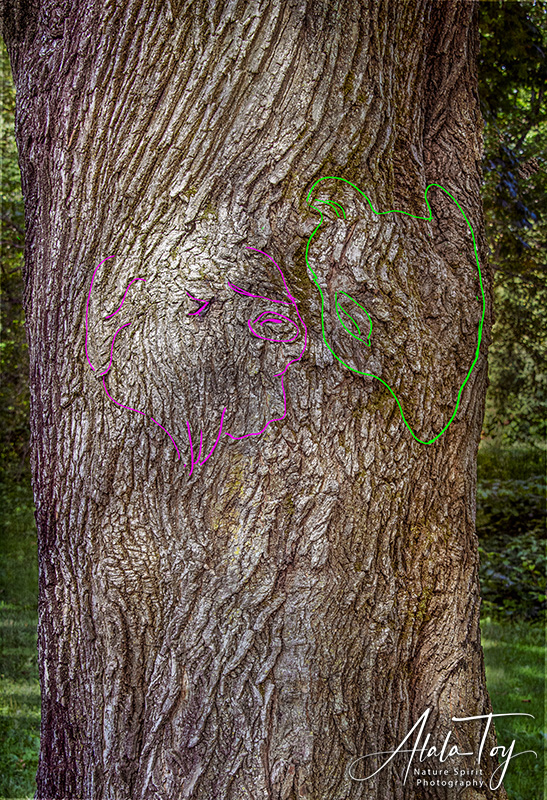