Abused Woman and the Monk

What scene is being shown here – an abused woman, a monk in prayer – or both? 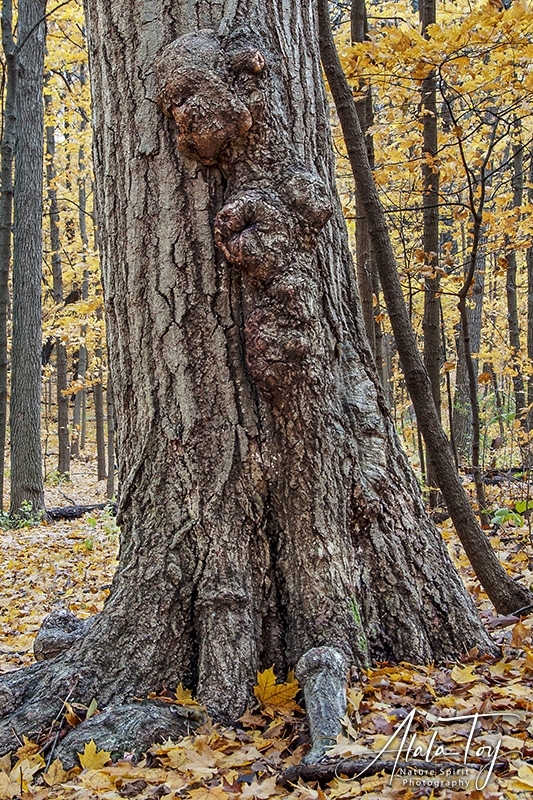 This is a very interesting nodal tree in a worldwide energy grid that is focused on balancing out the wide spectrum of ways in which men relate to women, from abstinence to abuse.

This complex tree is especially interesting because men and women see it differently. 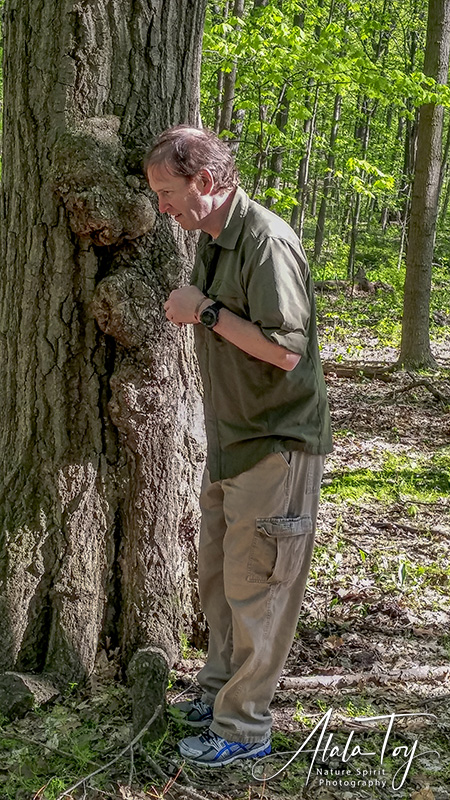 I took my two adult sons to see this tree because I found it so forceful. I purposely did not tell them what the tree was about, I just asked them what they saw. The image was so clear to me, I felt it would be proof to these two very women-respectful men and nature spirit semi-believers that nature spirits are real. I was expecting them to see what I saw very clearly – an abused woman.

Instead, each of them said variations on “Wow, very nice! A meditating monk!” Whoa…I did not expect that at all….

So here is the story from my entry into it…

I love photographing at the Morton Arboretum in Lisle, Illinois. Their love of trees is felt deep into the earth and it is a special place for nature lovers to enjoy. 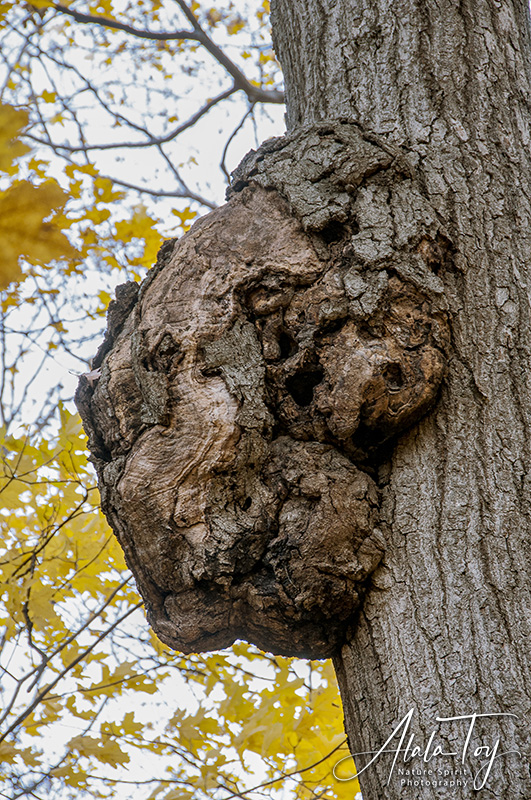 Going Down a Dark Path

But…there was one path I always found so dark that I would not walk it. Until, one day, as I started down a nearby path, a Deva stopped me. Literally. I could not move. She insisted I instead travel the dark road I had been avoiding. She needed me to comply. But she whispered a warning: “Before you proceed down this path, meditate for protection.”

“Hmmm…” I thought. “This should be interesting!” So I meditated, asked for protection, and felt it surround and suffuse me. And I was allowed to proceed.

I had no idea what the situation was and I had walked about a quarter mile when the deva alerted me to focus on a tall maple on the right of the path.

This was definitely the dark area I was avoiding and so I carefully approached. What I saw stunned me. The scene slowly revealed itself, and I will share with you the final story after I had studied and listened to the deva explaining the situation.

It was a sad-faced rather ugly “dog of a woman”, with a chain around her neck like a dog collar, very prominent breasts, a man’s face lewdly smiling from her abdomen and a large penis-shaped root sticking up from the ground. This was the universal image of woman abused by man. (And, mind you, I myself was never abused in any way, so this was a very visceral female feeling).

I walked around the tree, as I always do, to see if there were any other parts to the story. There were. On the back side, up high, was a maple burl with the image of a great beast shedding a wood tear. It showed the bestial nature of the situation, and how that did not make the beast in the man at all inwardly happy.

I compiled these images into a collaged story and believed that was that.

My Sons Come to Visit

So my conclusion is that this nodal tree is part of a grid that is seeking to hold the opposite ends of male oppression of woman – from the abstinence of the monk that states women keep men from focusing on God to the bestial use of women for men’s sexual pleasure. Or is it something else? What do you see? Let me know…

Here is the scene I saw, assembled as a story collage: 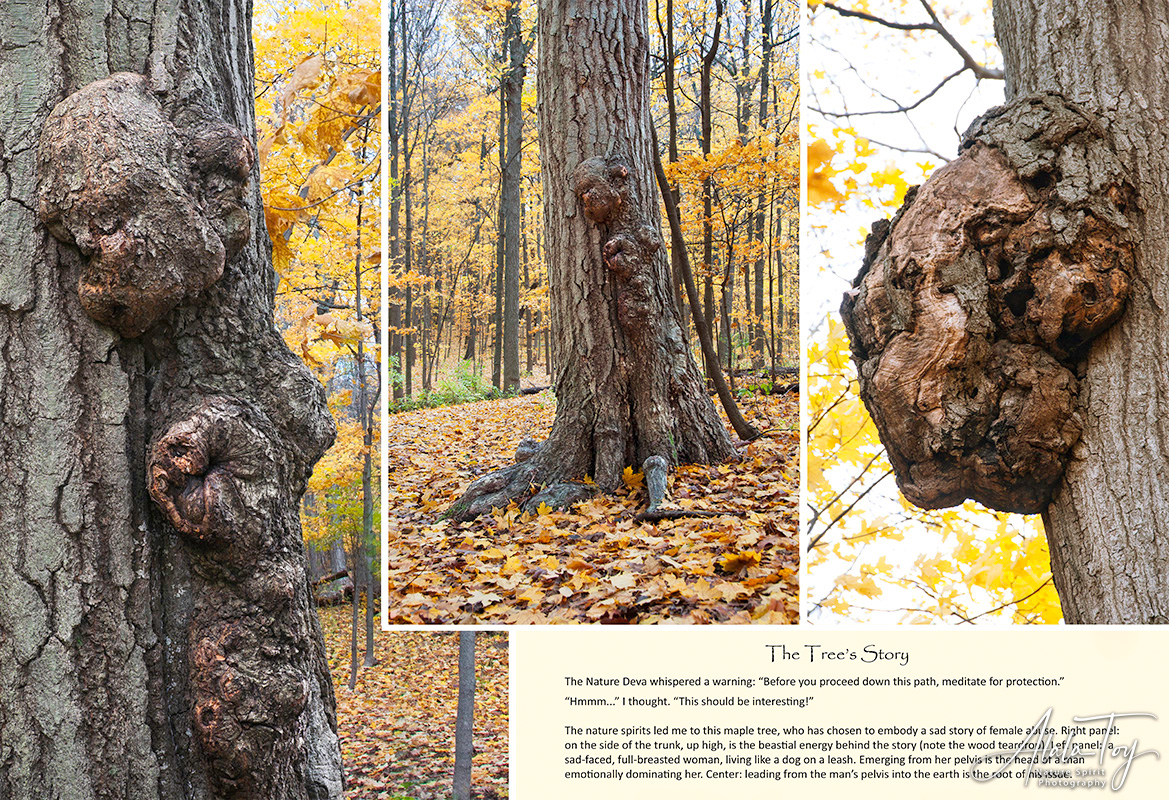