World Turtle and the Kissing Camels

Known as Camel Rock (see the two Kissing Camels upper left), this rock island stands at an entry point into Garden of the Gods, Colorado Springs, Colorado. To me, the entirety of this redstone rock island looks like a savoir faire World Turtle. The Native American cosmology sees the world as situated on the back of a turtle in the cosmic ocean. 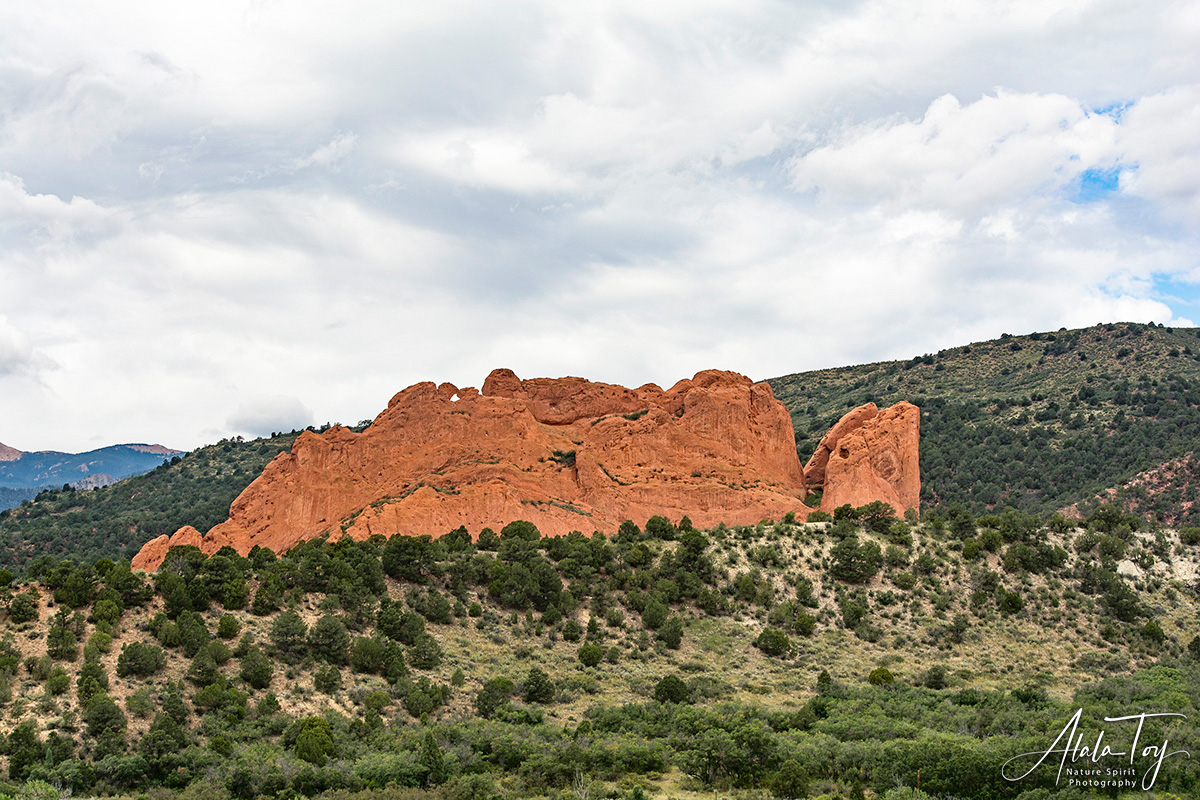 This turtle has a jaunty French beret and is looking up, actively eager for exploration. There are many kinds of beings in his shell back – some visible here, others on other sides of his shell.