These huge mountain spirits are part of the history of our national park system. They face Olmsted Point, Yosemite National Park. 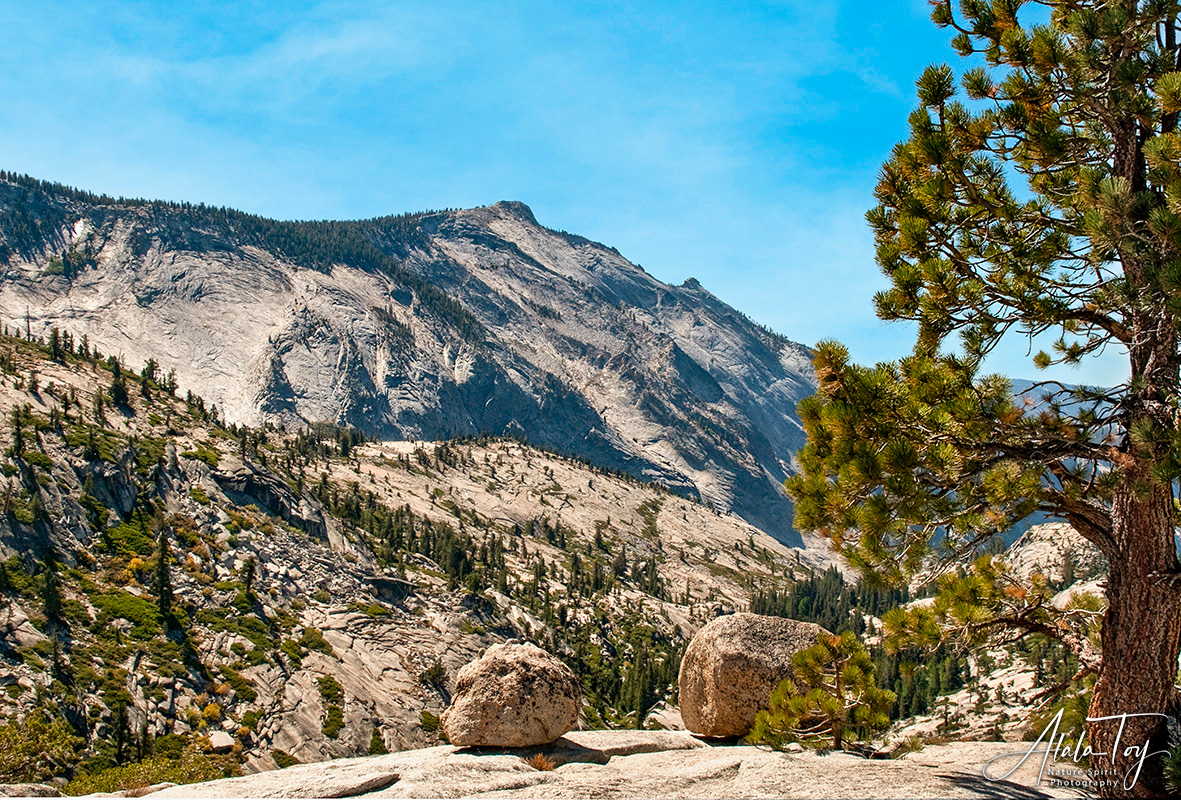 The famous naturalist John Muir took US President Teddy Roosevelt on a three day camping trip in Yosemite. It is said that they had lunch on these cliffs and it was here they discussed creating our National Park System.

Muir is known as the Father of the National Park system. Following him, Frederick Law Olmsted became one of the first Commissioners for the park and an innovative conservation philosopher. This was one of his favorite sites to picnic and to reflect. 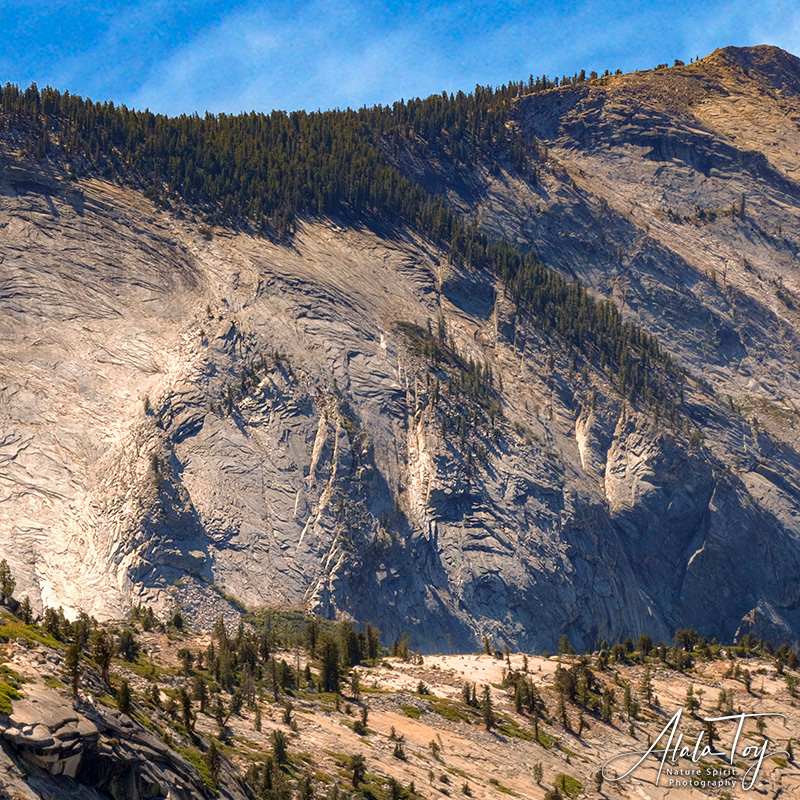 You can see how powerful the nature spirit consciousness is in this area. The entire hillside across from the point is dominated by a Buddha-like figure but with elf ears. Next to him is a military-looking cohort.

The Buddha-like figure on the left is a spirit messenger – one eye is in this world, the other eye is missing, as it is turned inwards to spirit. His companion, to the right, also has the other eye visible – two beings, each bridging spirit and matter from a different point of view, much as Muir and Roosevelt did in creating the park system.

Next to them, much smaller, are two attendants (you can see them better in the close up).

There are a number of large loose boulders along the Point itself and in the large image you see two of them, looking across at the mural. They have clear nature spirit faces and pointed elf ears.

When we try to pick out anything by itself, we find it hitched to everything else in the universe….John Muir