This is a complex nature spirit story that has as its canvas the entire width of the old town Commons in Bar Harbor, Maine. It is a love story about a dashing long-ago Buccaneer, the woman from the “wrong side of town” he loved and left, and his regrets in his dignified old age. The other half of the story is seen as a dream emerging from the older woman’s bitter memories – see left image. 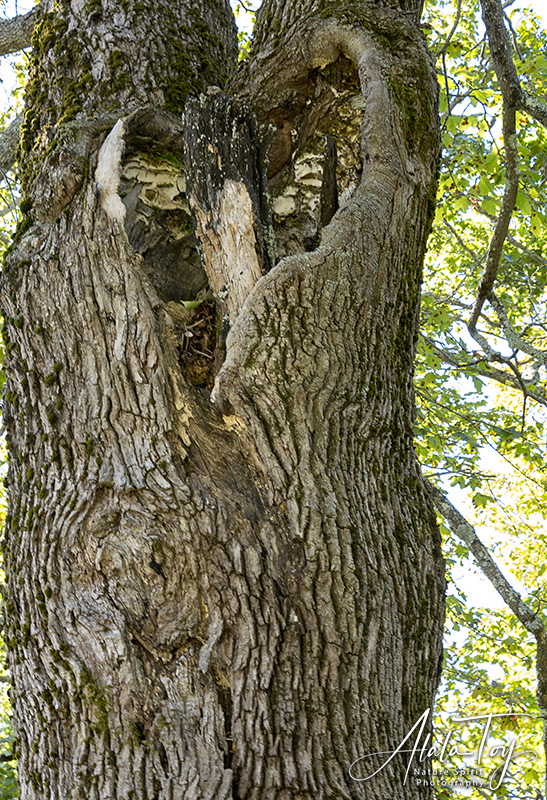 This is a – “Seriously, folks, I couldn’t possibly have made this up!” story. It was shown to me on my trip a few years back to an Out of Chicago photography conference at Acadia National Park, Maine. (Wonderful photography group with comprehensive outings.) I arranged to stay a few days after to see what else there was in the area. Being a New Englander myself, I had a wonderful time soaking up the ambience of this beautiful, historic seacoast town, its endless supply of lobster and handmade ice cream, and its sophisticated nature spirits.

Nature Spirits of the Town Square

I headed to the old town Commons, figuring that its years of interactions with humans would ensure a few good stories from the nature spirits. The nature spirits of trees and rocks, and the higher level devas and interdimensionals, will often record some human activity that they have found particularly interesting.

And what a story they presented me! Like other such complex stories, it took me a long time to grasp the details. I took many photos, in case I didn’t grasp some aspect while on site. My camera would capture those details my mind was not able to absorb and translate, and I would see them later, in front of the computer screen.

This material, like much information I receive, is delivered as a ball, or merkaba, or energy. It contains all the multi-faceted information of the situation, beyond time and space. It always exists, once presented, and I can access it at any so-called future point of time. My assigned “job” is to unravel that information into a 3D sequence for humans to understand. So – here goes.

On one side of the square, a tree that shades an old horse trough contains the image of a Colonial Dandy – a distinguished though rough-featured man, complete with a bouffant hairdoo, fancy long waistcoat and stockinged legs. He is looking at something across the town green. On the left spirit side of his face there is a side view of a dashing mustached young man – a buccaneer. Who he is now – a conservative town elder – still has the shadow of the adventurer he once was. 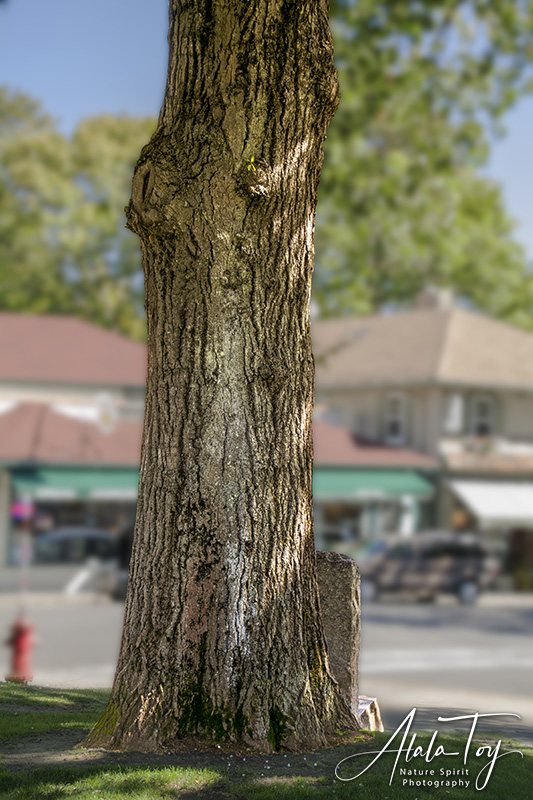 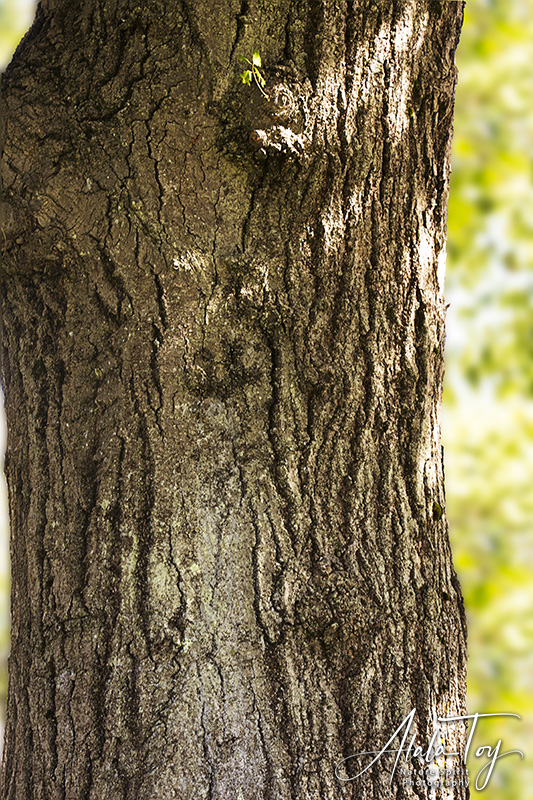 I spent some time studying and photographing this bas relief and communicating with the deva of the Commons. It had been created, she said, to memorialize and rectify a societal situation – e.g. of itself it was not alive.

The nature spirits asked me to visually follow the energy line that started with this image and travel across the Commons to a specific site on the far side.  I would find the rest of the story there.

See the tall luxurious tree top center. The story exists in a tree behind that tree. 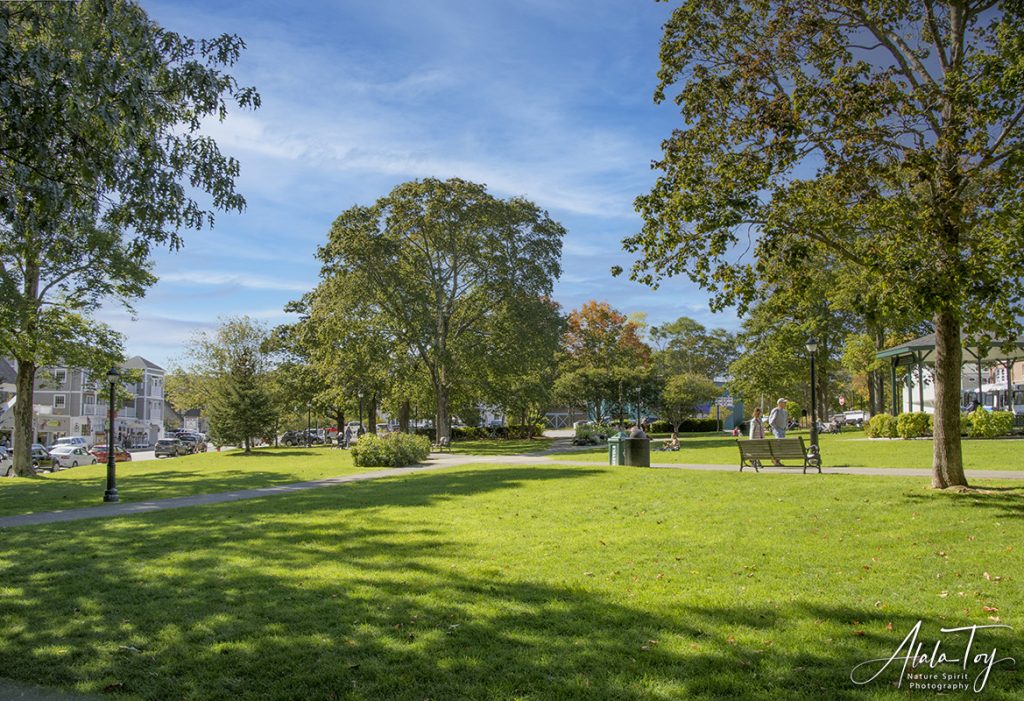 I followed their directions and discovered an older tree no longer in great shape. Part way up was the image of a woman’s head, older with sad eyes and downturned mouth. Above her head is an area where a large tree branch had fallen down, revealing, inside a heart-shaped opening, the love story.

On the left side of this opening you see the image of a sweet-faced woman with a large earring and on the other side there is a handsome mustached man. They are turned away from each other, separated by a barrier.

Notice the mustached man has the same features as that of the left face side shadow figure on the other side of the Commons. 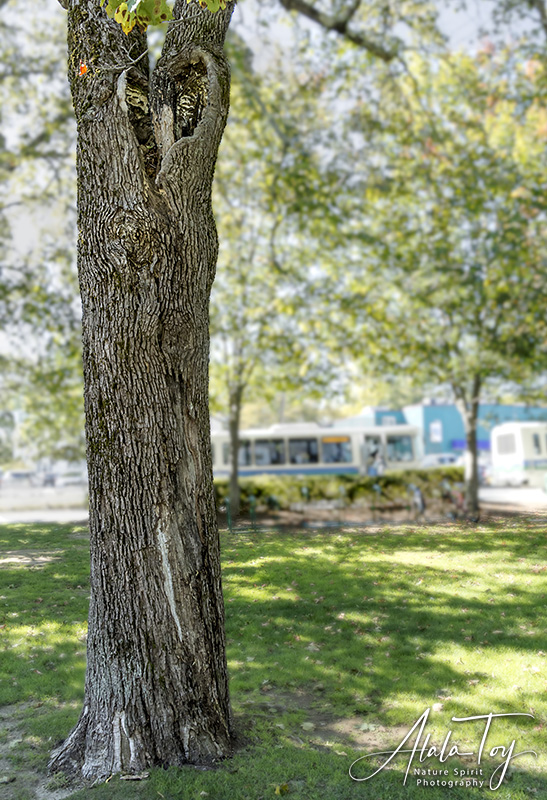 This is what the nature spirits said the story was. Back in Colonial times, when all the trees and people in this story were young and adventurous, a handsome buccaneer of good family and a woman from the wrong side of town were in love and had many a dalliance beneath the trees of this area. He was a bar-visiting, hearty-living charismatic young roustabout and this woman often accompanied him on his outings.

Then at some point the local constabulary arrested him and threw him into jail – a local building near the square. The woman visited him often, talking with him through the windows of the jail. She would sit under this tree and sorrowfully mourn the buccaneer’s incarceration. The barrier between the two in the downed limb represents both the jail cell walls and the wall that gradually grew between the two.

This jail experience caused the buccaneer to reform his ways. He left his old lifestyle, and the woman, and set out on a path to become a staid New Englander. He achieved it, but only by repressing his adventurous nature, turning into something of a fop and a dandy. But, beneath it all, the adventurous buccaneer still remained, as did his love for the woman. In old age, he would often stand by the horse trough, look across the Commons, and reminisce about a passion for life he no longer had.

The woman did not fare as well, and as she grew older, she grew bitter – see her very small down-turned mouth. She would sometimes visit the tree – located in her area, the seedier side of the old town – and look across the Commons at the water trough where the well-to-do, including her former love, gathered on their horses. She locked the story in her heart, which was only revealed years later, when the tree limb fell away.

The trees and nature spirits of the area felt the love and pain of this story, much of it caused by human adherence to superficial social disparities, and memorialized it in their canvases.