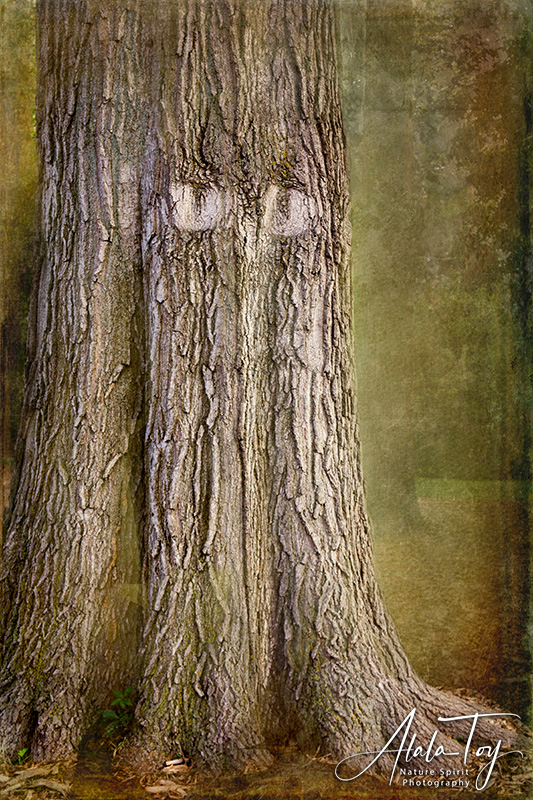 This large-eyed troll lives in one of Boulder, Colorado’s town squares. She lives near a bridge – trolls love bridges – and a swiftly-flowing stream.

It is my policy to salute the nature spirits when starting a photo walk, listen to their requests and take photographs of specified trees and rocks even when I don’t see what it is they want recorded.

In this case, the deva of the park requested I photograph this maple tree in a long trunk shot even though I only saw the eyes. The deva said I was photographing a troll. I did not see this, but went ahead and photographed as specified.

It was only on my studying the trunk with focused attention, back at my computer, that I saw what it was my trusted camera recorded. My camera is my partner on these outings and does a very good job of recording energies I might not be seeing with my physical eyes.

My series of Nikon cameras and I have developed a lovely partnership of consciousness over the years. Like all in existence, cameras have their own consciousness and they adapt themselves to the objectives of their human partner. In my case, my objective is recording the presence of nature spirits.

The camera does not have a vital such as humans have. Human vitals, as in this situation, sometimes stand between our consciously observing what exists on more subtle planes. 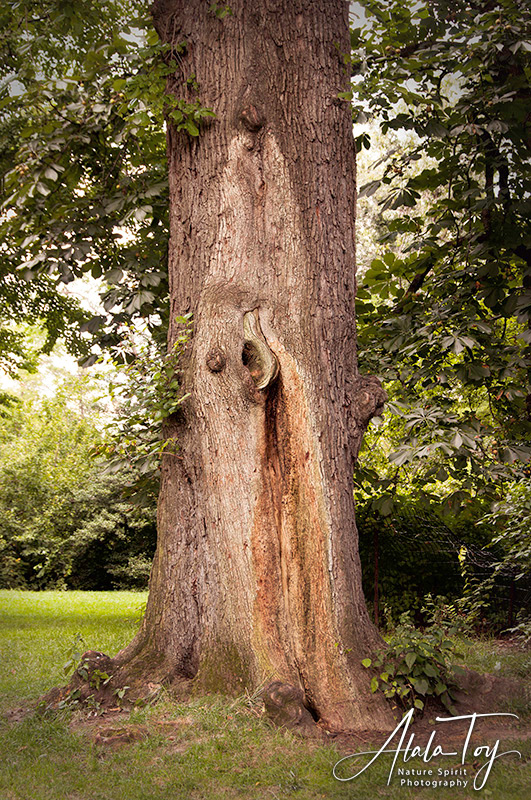 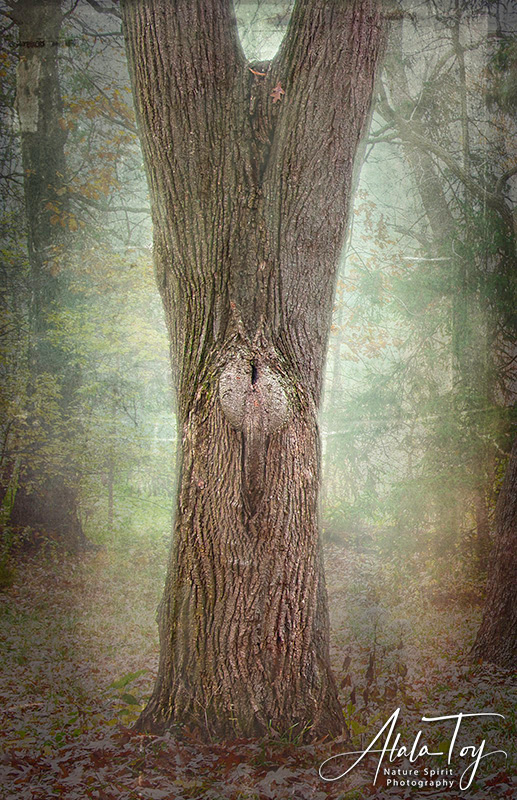 These show some interesting similarities. Regarding the trolls:

Note that both are somewhat squat, have hairy bodies, large feet, pointed ears (not as prominently visible in the Boulder photo as in the Morton photo) and very long noses. The Boulder troll lives in a maple tree. The Morton troll lives in a linden tree.

The Morton troll explained to me that the nose is a resonant energy aspect of their life form. It is used for communication and for travel. It enables them to move through seemingly solid earth and between frequencies, such a between their dimension and ours.

This image is a “place holder” tree that establishes the troll’s energetic home base and portal entry. We humans could theoretically move through this bark nose portal and enter the troll’s inner earth home. Theoretically – as this portal is very well protected – only those invited can enter!

The Boulder troll has a third eye wisdom flame similar to that of the Central Park Lady. It is also similar to the flames seen above the heads of various medieval church saints.

I’m very grateful to the deva for insisting I photograph this tree, to my camera for cooperating, and for Photoshop’s many tools that have enabled me to texturize the background to depict the energetic dropping away of the physical world I experience when connecting and communicating with nature spirits.