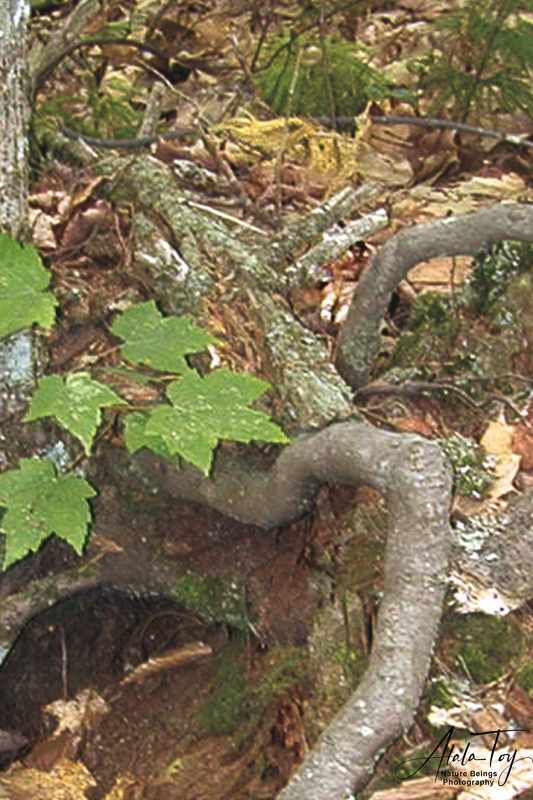 Dressed in a pink shirt and white pants, with dark tousled hair, this small moss fairy ran out as he heard me and the gnome come near. Now he peeks out to see who is visiting his village.

A gnome took me on a photo outing one day, and we visited this moss fairy deep in the New Hampshire woods. This is a close up photograph of the fairy and his home.

This was my first photographic outing for nature spirits. It was also my first time consciously communicating with the gnome who’d set up house at my summer cottage in New Hampshire.

He wanted to befriend me, and thank me for such a nice residence the 50 weeks of the year I wasn’t visiting.

So he suggested we go on an outing to visit a beautiful village of moss fairies in my family’s woods.

He took me through deep woods with no paths, until we arrived at this beautiful location. This is only one of a little village of mossy trees that were home to a group of moss fairies.

Can you see the shy moss fairy? he is top right, peeking at us from under a root.

Such a rare treat, and it set me on a path to master photography to do this topic justice!