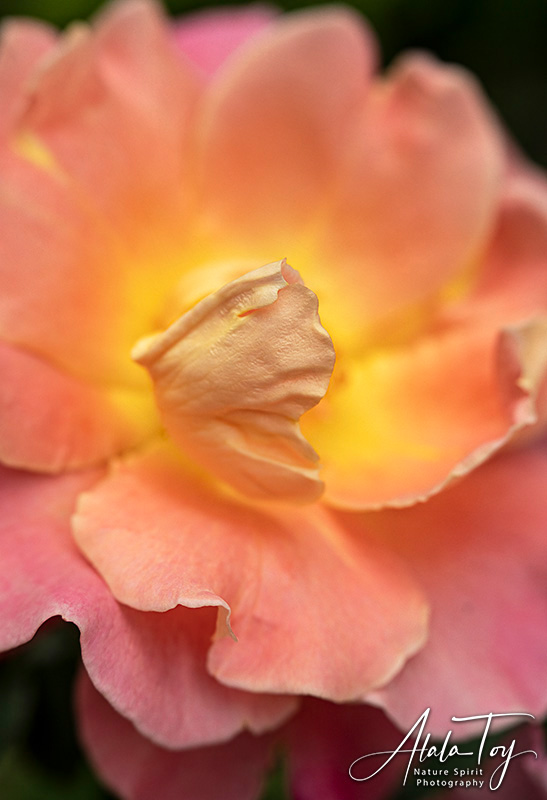 I was trying out my new Lensbaby Velvet 56 – a specialty lens for macro work – and was thinking to myself “I wonder if I can find a rose spirit to photograph.” I heard a small voice reply “Me! Me! Photograph me!”

I was not expecting such a fast reaction to my thought. I looked at where the voice was coming from – and had second thoughts.

This rose gentleman – Dapper Dan – was positioned near my feet. To photograph him meant kneeling then sitting on the edge of a gravel path in the Chicago Botanic Garden. Ouch. It also meant having to get up again, which at my age is always a consideration.

Dapper Dan was living in the English walled garden and was low man on an attractive climbing rose whose beautiful higher blossoms were being photographed by my colleagues. We were on a Mayslake Nature Study & Photography Club outing with Lensbaby expert Anne Belmont.

As this is the blossom that literally spoke to me, I planned how to make my descent and ascent (tripods are such handy aids!).

Dapper Dan insisted I stay and communicate with him. It was a novelty in his world, to actually converse with one of the many humans taking photographs of the beautiful climbing rose that was his home. So I stayed and took many photographs of him, at different apertures and focal points.

He very much enjoyed posing, as you can see here, and did all the right moves – head slightly up, features nice and clear. I much admired his jaunty beret and fluffy cravate – he was quite the rose sophisticate.

In his time frame and world, he was happily in the prime of his rose blossom life and was proudly displaying his manly artistic personality.