Coyotes, along with ravens, are known for being the trickster energy of the animal world. Coyote stories abound in Native American legends. 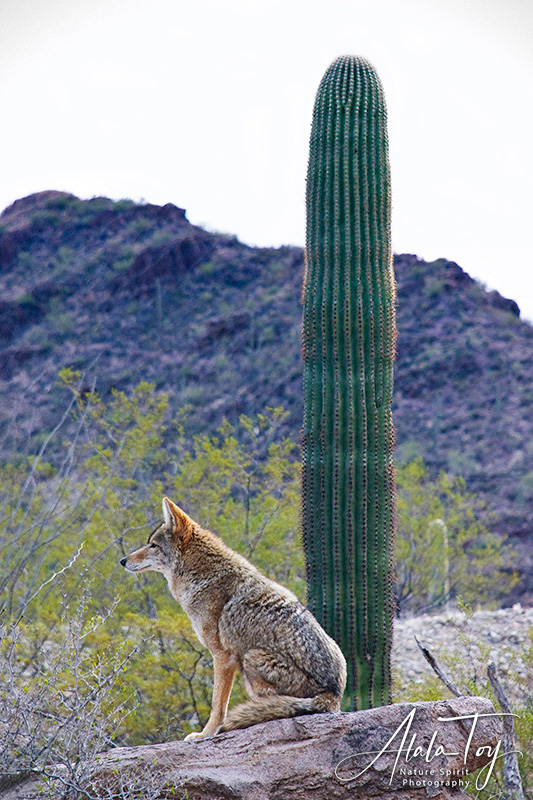 Coyotes represent wisdom and folly, sacred and mundane, the need to be in truth but the impatience that succumbs to illusion.

Coyote energy is rampant in today’s world, as we deal with the need to accurately observe people at all levels of society who are seeking to deceive us. Coyote recognizes the deceit behind the illusive facade – in whatever area it is occurring.

Not a bad totem to have in these turbulent times!

Now coyote energy also has a short attention span. They can be good for a time, then their natural impatience comes forward and they may act without thought.

That quality also provides us a contemporary lesson. As we deal with the long-term controlled action needs of this pandemic, it is easy to slip into impatient and imprudent action. This is an situation we each also need to monitor. Here’s a classic coyote legend about how the heavens got so messy:

Coyote is just being coyote when he sees the Creator placing the stars in the sky from a bag in a very orderly manner. Coyote asks if he can help and the Creator lets coyote place stars in the sky reminding him to be sure and put the stars up in an orderly manner. Coyote does it correctly, but, as is his nature, coyote becomes impatient and throws the whole bag of stars into the sky distributing the stars helter skelter. The Creator scolds him for his carelessness and for the mess he made. Coyote leaves with his tail between his legs. Soon, however, Coyote goes back to being a coyote, only after that he howls at night when he sees the mess he made with the stars.

If this energy speaks to you and your situation, you can check out more Native American coyote stories like the one above at indigenouspeoples.net 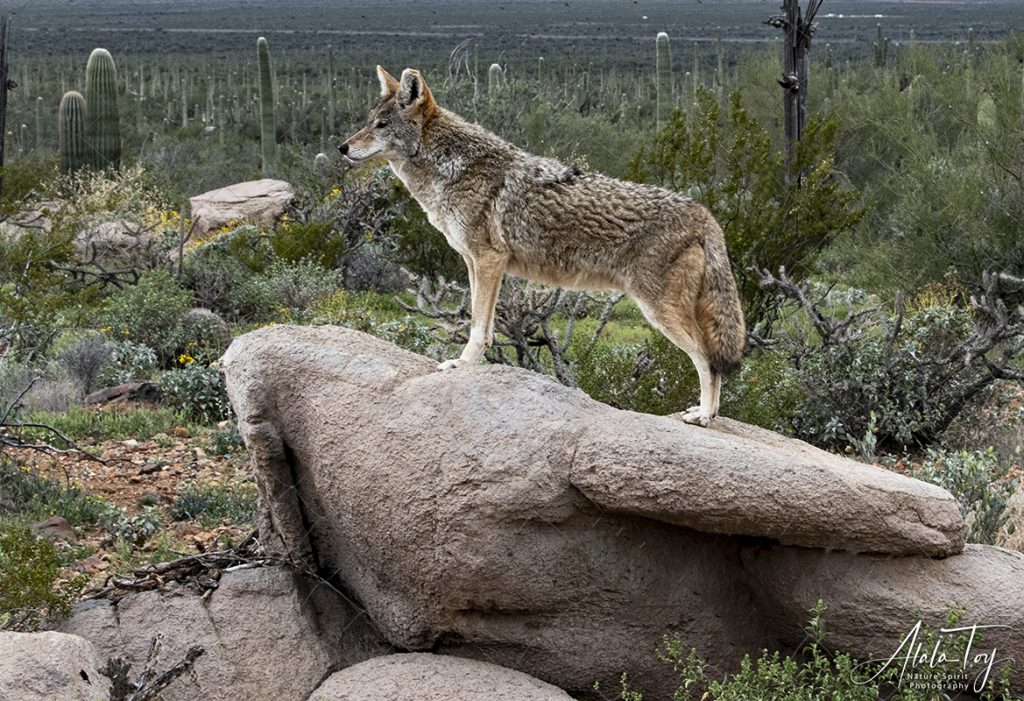 This handsome coyote lives in the protected natural setting of the Arizona-Sonora Desert Museum, Tucson, Arizona. He is perfectly at ease at sunset, resting after a long sunny day of being – coyote.