Cypress knees often have very well-defined faces. They have always intrigued me. 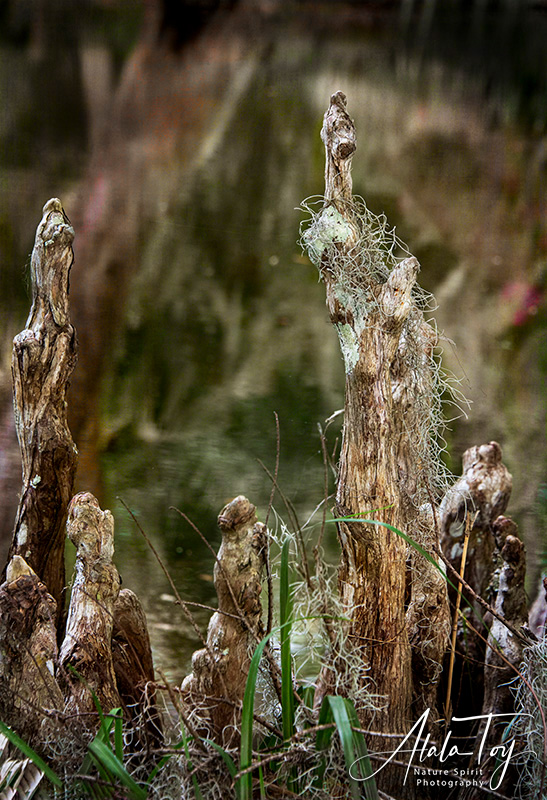 I wonder if it has anything to do, energetically, with the amount of sheer will power they have to develop to extend up from their underground/underwater roots, to access needed air for the tree’s survival and to anchor it in place in swampy areas.

Cypress knees are usually found in groups and their features are generally benign or happy. It feels like they came into being under the stress to survive. Like human society, that stress can lead to an evolution of consciousness – a growth to a state of greater equanimity in their work to deal with the situation. 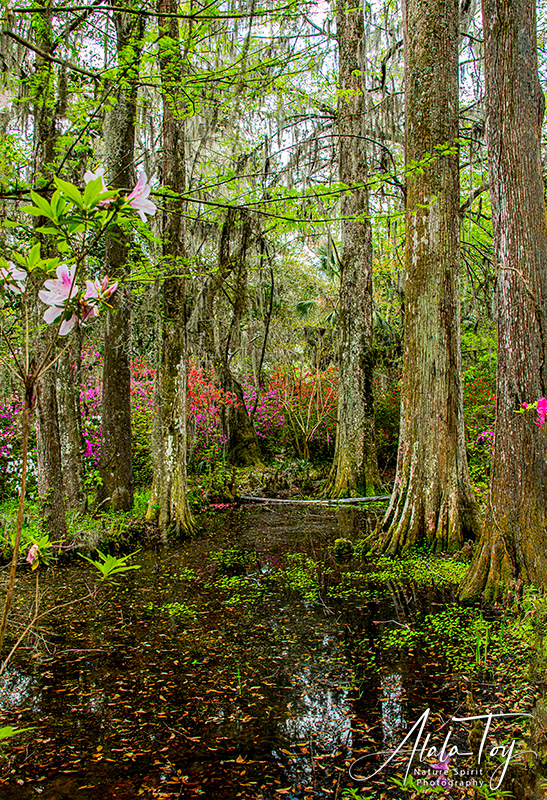 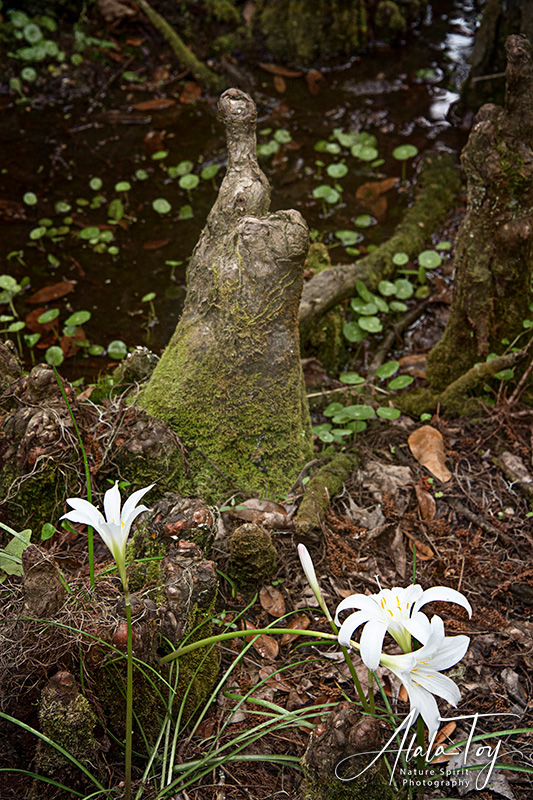 To the upper right is a lovely spirit who looks like a doe, with soft, large eyes and long Spanish moss hair. Her male admirers are all around her and she is protected by a vigilant being on top of her head. Her group lives to the left of the scene above, on a larger part of the lake, next to a path. This group has the refined air nature spirits acquire when they come in frequent contact with humans.

The happy-go lucky cypress spirit on the right is enjoying Spring surrounded by white lilies and moss. His home is just to the right of the scene above, in a little out of the way area not next to the main path. He has a less sophisticated energy. Like many of the cypress beings who live in greater isolation from humans, he has an easy-going energy – content to smell the flowers and just be…