A nature deva in New Hampshire decided that, in her domain, she would match the rather stern, silent but hardy balsams with the softer, gentler white paper birches. The balsams could help support the birches in the winter, and the birches could help soften the balsams’ stern tendencies. 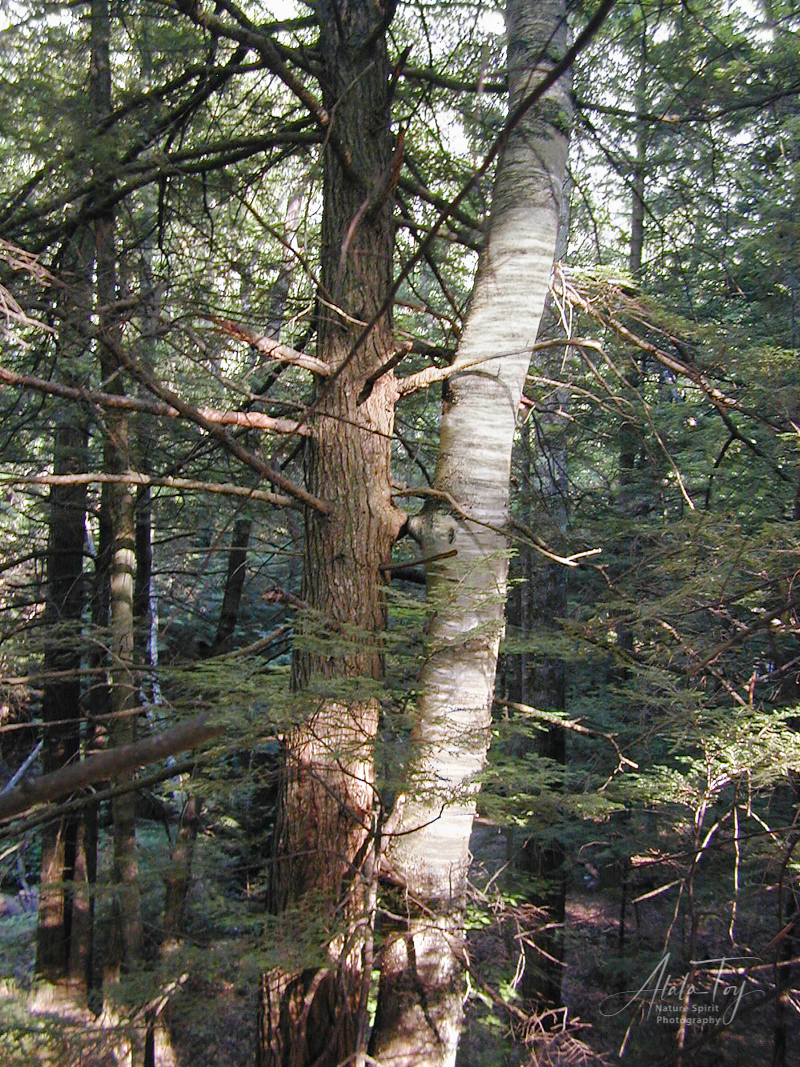 I came upon this story, and a loving balsam-birch couple, one warm sunny summer day. I was walking through the woods when I heard them whispering to each other “I love you” – a deeper male voice and a softer female voice. I stopped to watch and listen, and took some photographs. It was clear the birch was soon to die, the balsam was heart-broken at the prospect, and they were professing their enduring love for each other. 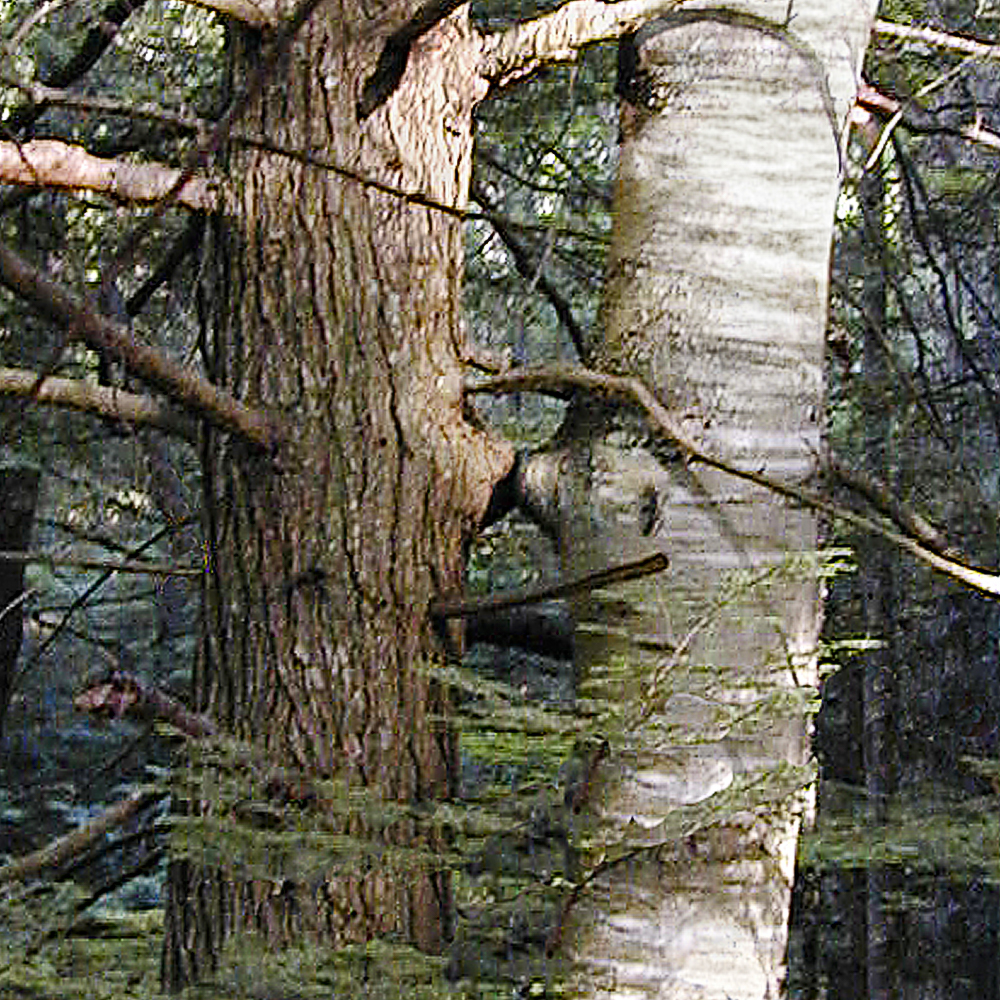 The Kiss – Close Up

The deva and I had a very nice conversation about her project and over the course of several visits she showed me many birch and balsam couples, each with a different story. She was most pleased with this couple. Above are photos of them kissing. 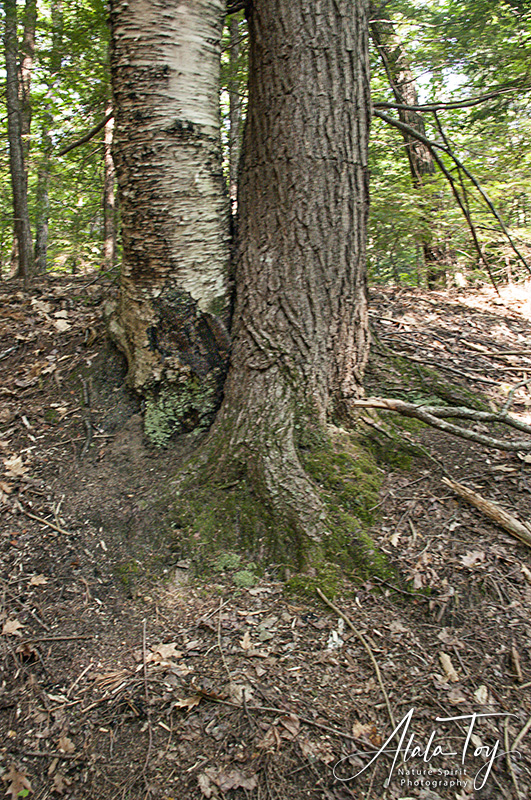 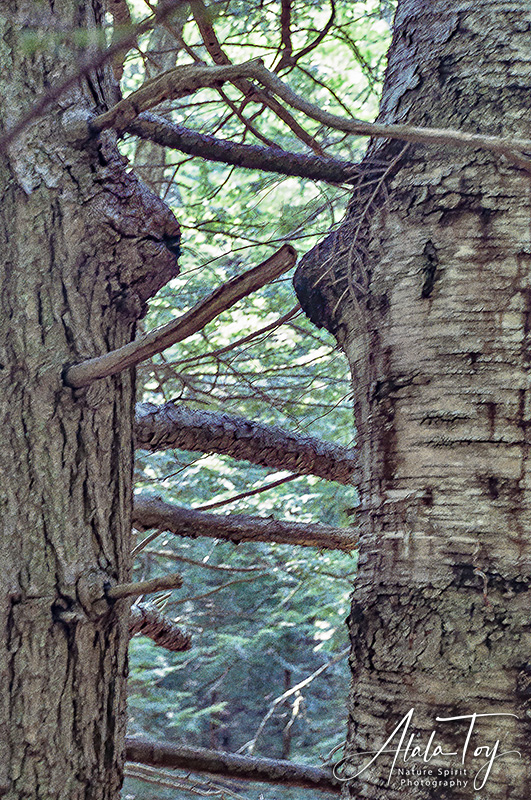 I wrote about the different couples in my book Nature Spirits, Spirit Guides and Ghosts. But…what happened next with this particular balsam and birch? 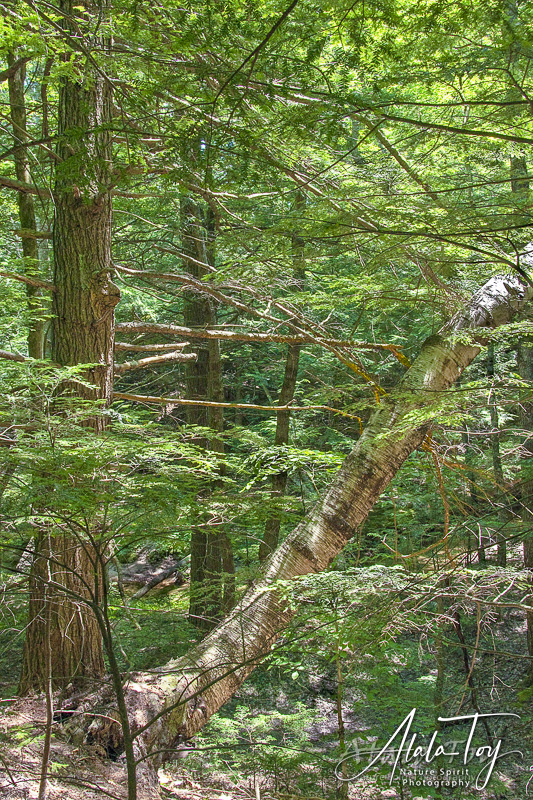 Over the next few years, on my summer trips to New Hampshire, I would walk the woodland path and check in with my balsam and birch colleagues. The photos I took over the years are heart-breaking in the degree of love and loss the balsam still felt for the birch, and how hard he worked to just keep her physical presence with him. It was also touching because it showed the profoundly deep and enduring feelings a tree had for another tree. Love is, indeed, universal.

To the left is a photograph taken several years after the first. You can see the distinct face of the balsam, staring lovingly at the face of the birch. You can also see the longing of the balsam, still reaching out to the birch, who is now dead and beginning to pull away as she starts to slide down the hill on which the two stand.

A few years later still – see right – the balsam is attempting to hold his beloved birch close to him, the effort now straining his branches to the point of breaking.

Last year, below, the balsam’s branches had given way and were broken off, from the weight of the birch. The birch was still propped up only because its higher branches had lodged on a tree down the hill. See the photo below. 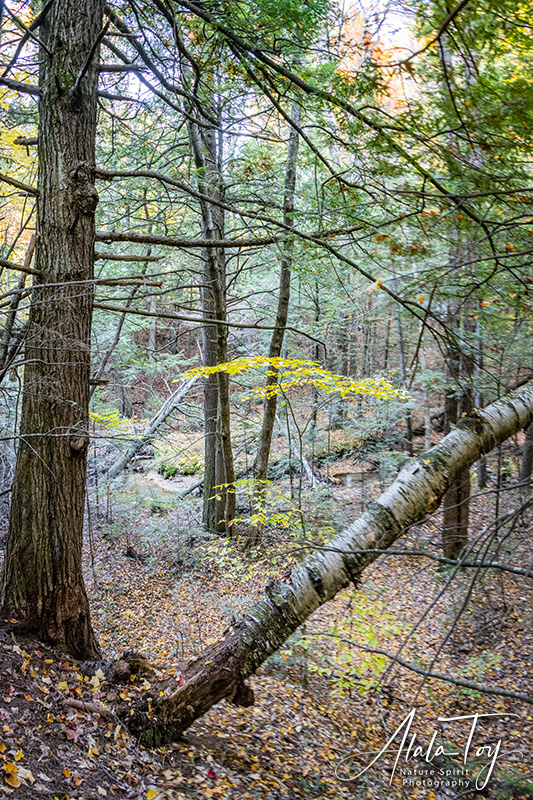 Below left is what the balsam’s face looks like now. It is stoic, yet it has the softness that comes from loving and suffering the loss of that love. If you look very close – you can see a piece of bark that has the shape of a tear falling from his eye – and he seems to be waving good-bye… 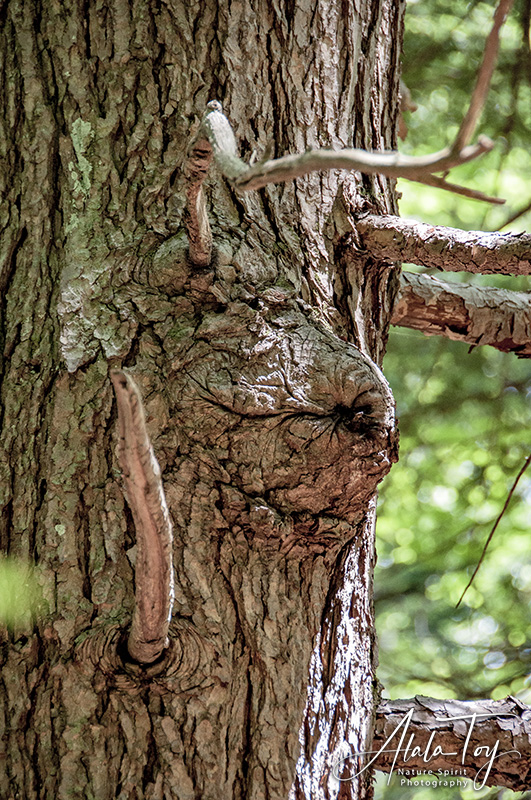 (You can also see how my photographic skills have improved over the years!)