From one angle this mountaintop looks like a cougar observing prey below, ready to pounce. From another angle it looks like a sad eyed, tear-falling skeletal specter. To me, both are true. 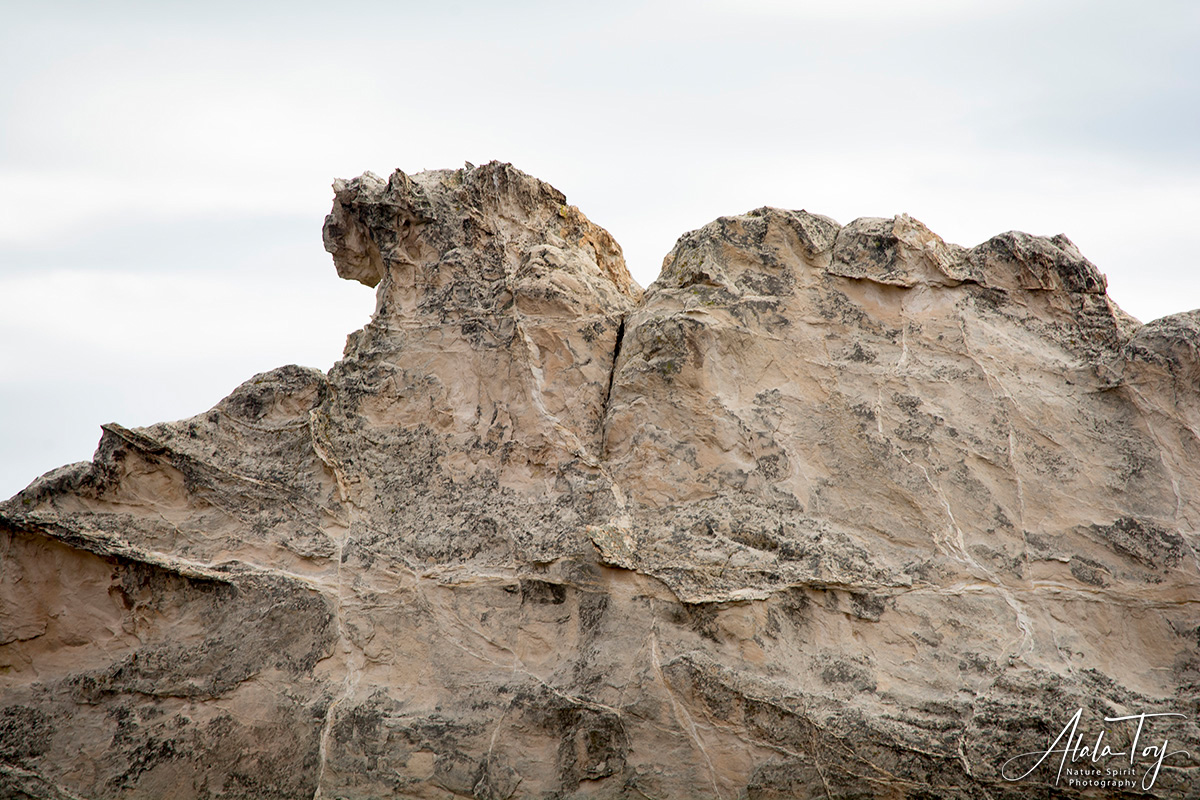 This is one of the few dark images I came upon in Garden of the Gods, Colorado. He lives on the outskirts of the Grand Plaza. Birds like to sit on his head; here four magpies face off against a prairie falcon.

This mountain lives in the Garden of the Gods, Colorado. The cougar image is seen throughout the park, and seems to be a symbol of the area’s ancient energy.

Powerful, intelligent, graceful, wily, able to navigate the many cliffs as well as the many secrets of spirit –  the Nature Spirits chose the cougar as their emblem. 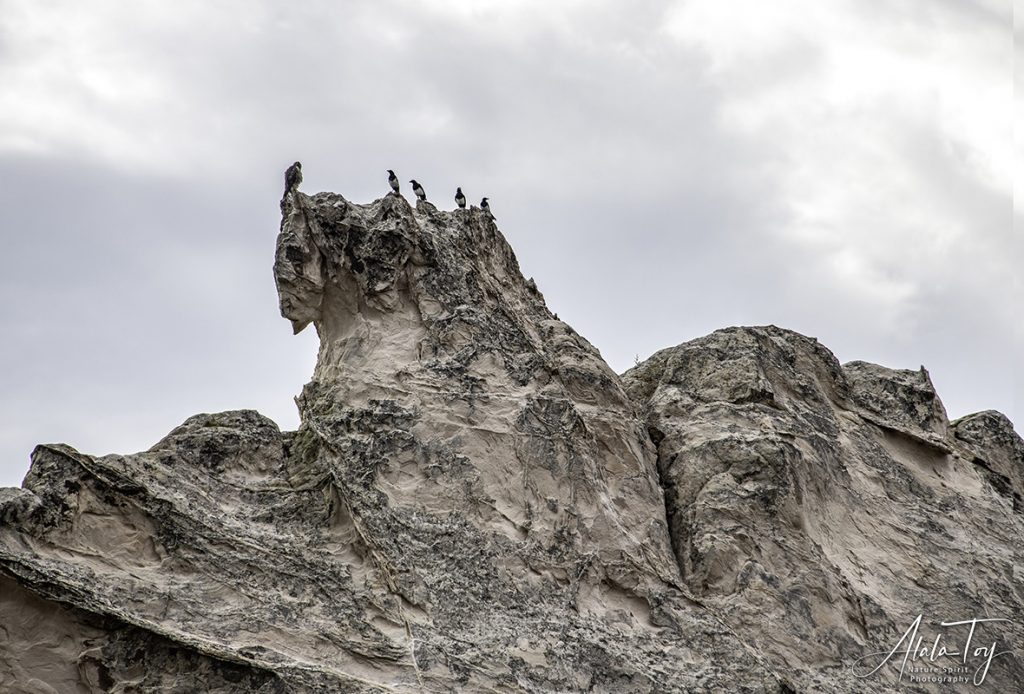 But nature has seen some rough survival times in recent centuries and from another angle we see the Nature Spirits mourning the demise of the once-common now rare area symbol. 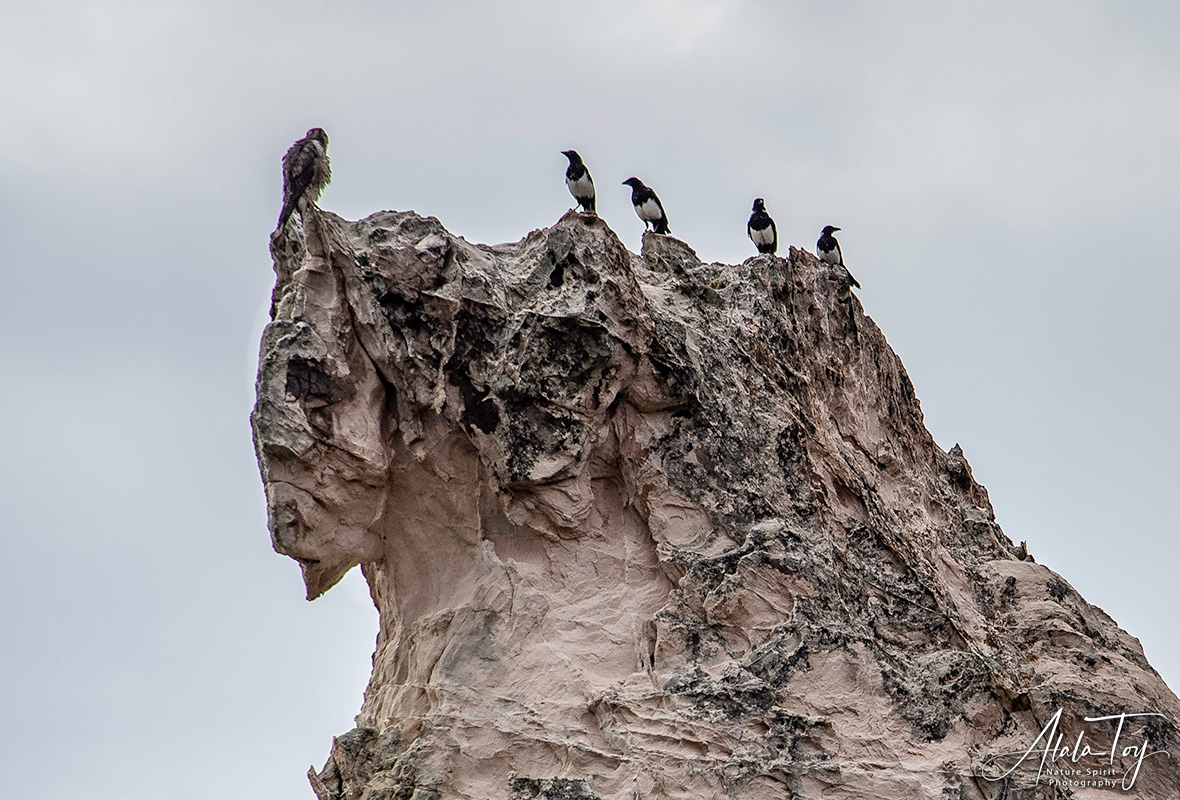 In the close up of this mountain top, the nature spirits nicely lined up the following scenario for me to photograph. In it, you see the detailed skeletal head, deeply down-turned mouth and dark eye weeping tears.

On her head is an old prairie falcon, symbol of wisdom, protection and change, looking disheveled as her feathers are ruffled by the wind.

Opposite her are four sleek magpie – one facing in each direction. Magpies, like their black and white coloring, are good and bad omens – symbols of the duality of opposites. They are birds of divination and the occult.

This mountain is one of the few whitish rock areas in an otherwise red rock environment.

Below you can see two other locations in the park where the cougar is honored. I’ve written about these images in other blogs. 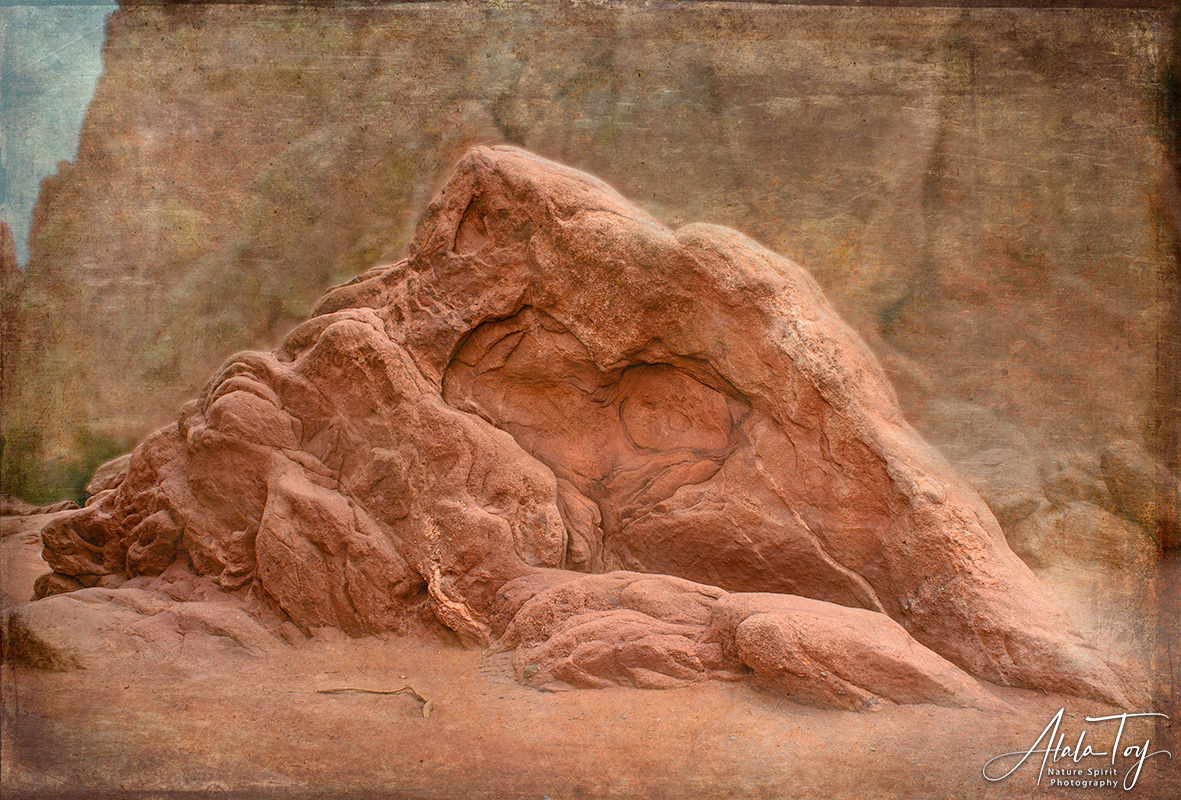 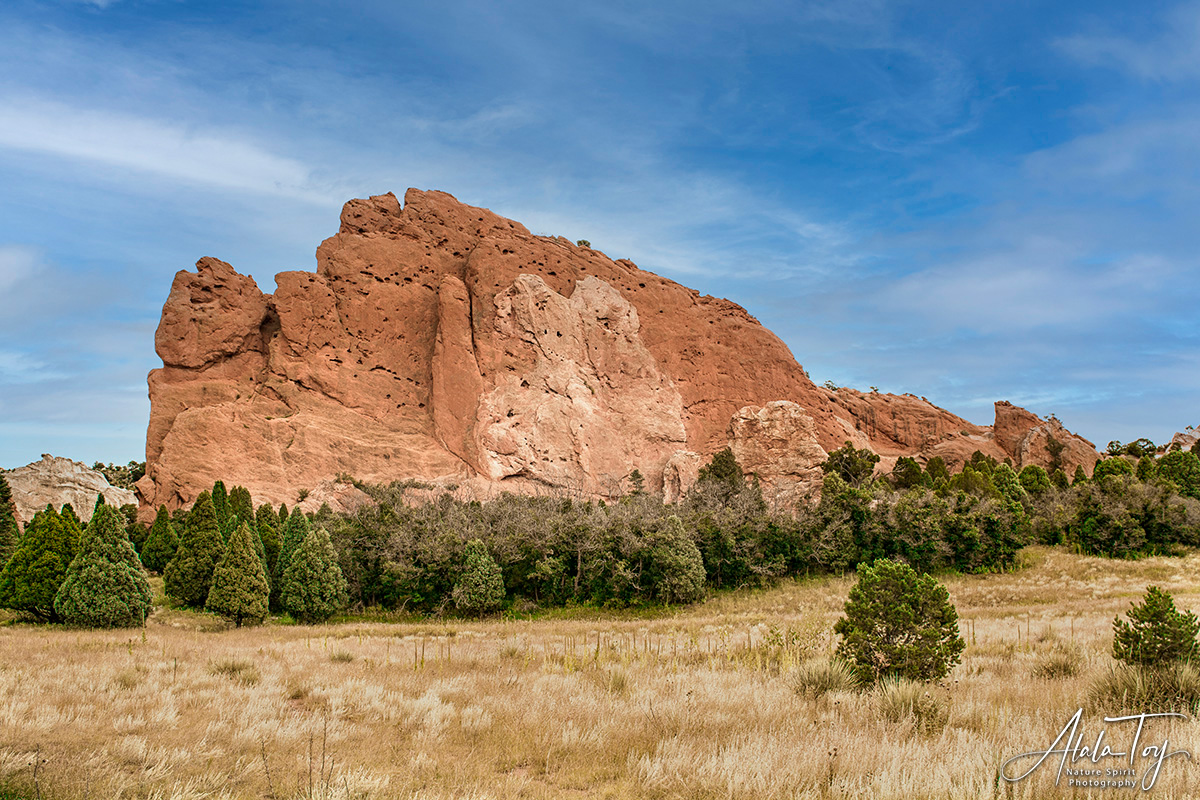