Are Sea Anemones Plants or Animals?

Is a sea anemone a plant or an animal?

In a world where we are puzzling the many different life forms that co-exist, and are learning to respect each for their inherent value and contribution to our complex universe – the University of Vienna has sided with the co-existence of unity and diversity. 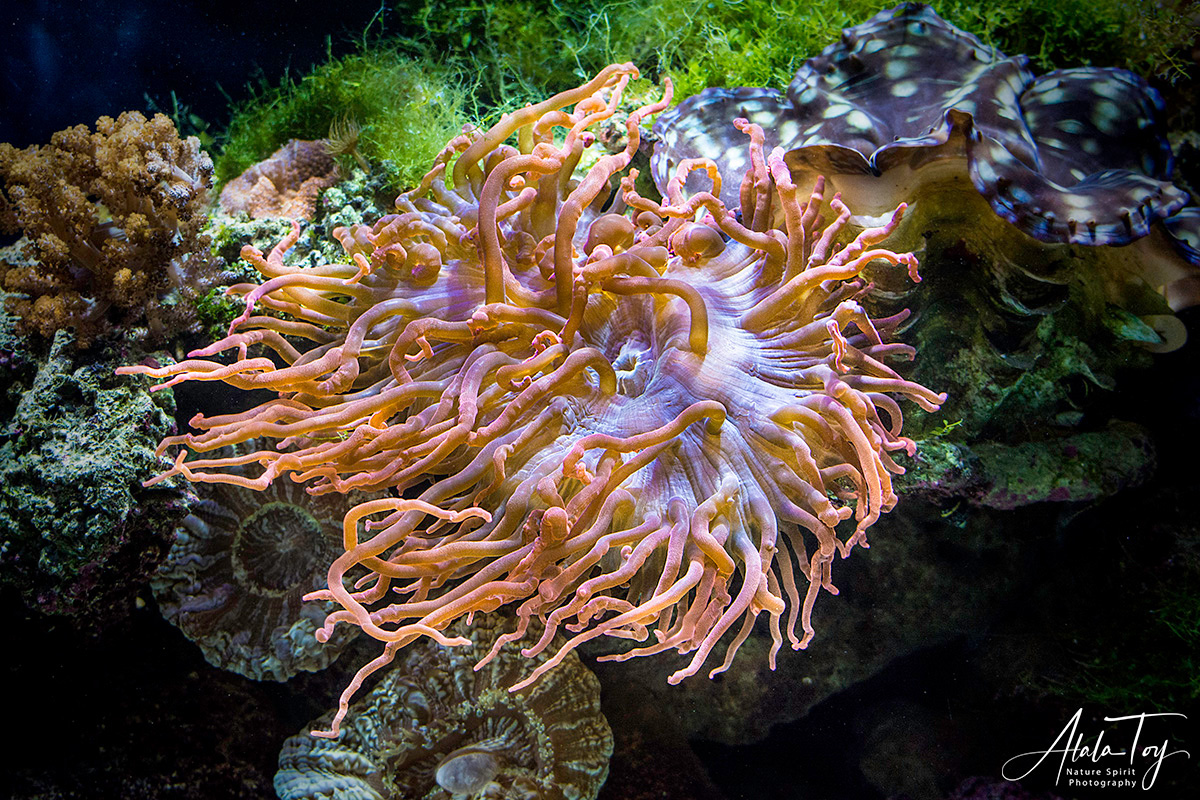 Some philosophies (including my own) see the universe as emerging from one core point, who wished to explore its own potentials. Everything – good, bad, naturally evolved or “manufactured” – has at its core this same original source. Thus everything can and I believe should be accorded the respect one has for source itself.

Some life forms help us see where evolutionary splits can occur. The beautiful, poisonous, gentle, tough sea anemone is one of these. According to studies at the University of Vienna, published in 2014, the sea anemone contains a genetic code that places its origins at a 600 millions of years old point (N.B.: or even older) where animals and plants on earth were one and were just beginning to diverge.

Michaela Schwaiger, a researcher at the University of Vienna, was part of the team that studied the genetic code of the sea anemone. The team found that “microRNAs in the sea anemone have similarities to those found in both plants and animals. That suggests these microRNAs probably evolved before plants and animals diverged long ago, and provides an evolutionary link between plant and animal microRNA.”*

Metaphysically, then, these beautiful beings are especially useful for people going through their own personal identification situations, whether this is sexual or philosophical. You can “sit” with this image and explore who you are, and that all variations are equally valid.

* As reported in Live Science