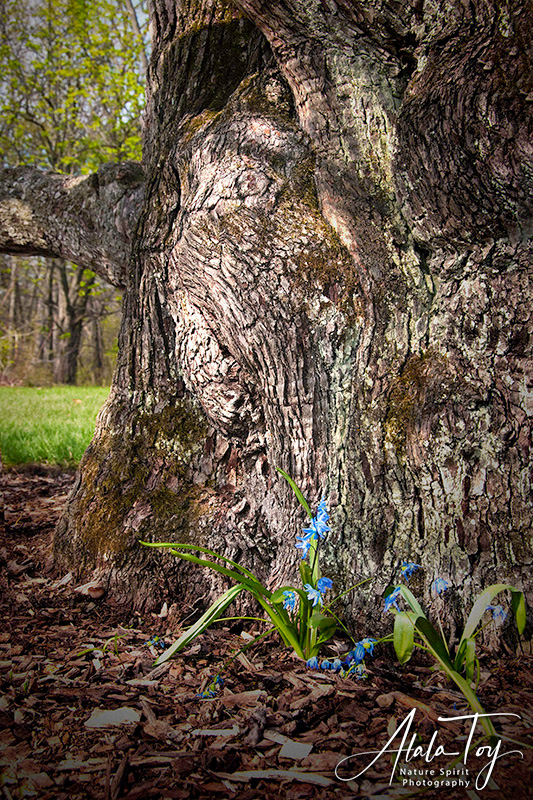 This wood elf is one of many images that were manifested in a nodal placeholder crabapple tree over its lifetime. This is a warrior elf. He is wearing face armor that is part of his being. You can see how the armor moves out from the side of his head to the middle of his face, the edges meeting at the nose. When he is not in battle mode, this armor would be retracted naturally into the side of his face.

This places the warrior elf at a higher level of command than the elves with helmets they put on (as seen in Battle with the Wood Elves). This elf is in a war to save this particular tree, which is a central nodal point on an energy grid that spreads out over Morton Arboretum and beyond that into the world. 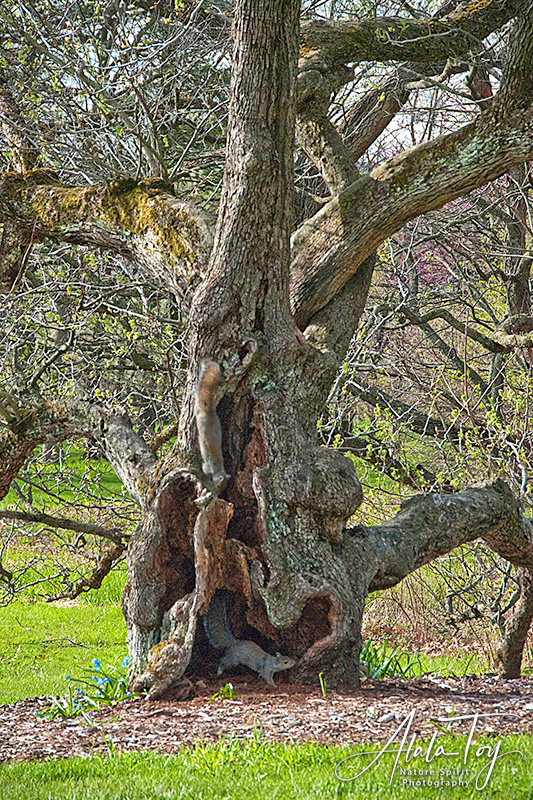 A few years later, alas, the tree died and was removed. Shown here are other aspects of this tree – some frightening and some playful. All are energies the grid is holding in place for the general health of that area and for its particular frequency worldwide.

(By the time the tree actually died, the nature spirits had moved the nodal responsibilities of that tree to another one nearby.)
wood elf tree other sideHere are spirit forms on the other side of the tree from the wood elf. There are quite a few here, including another more sinister masked warrior and a large-eared being listening, half hidden. 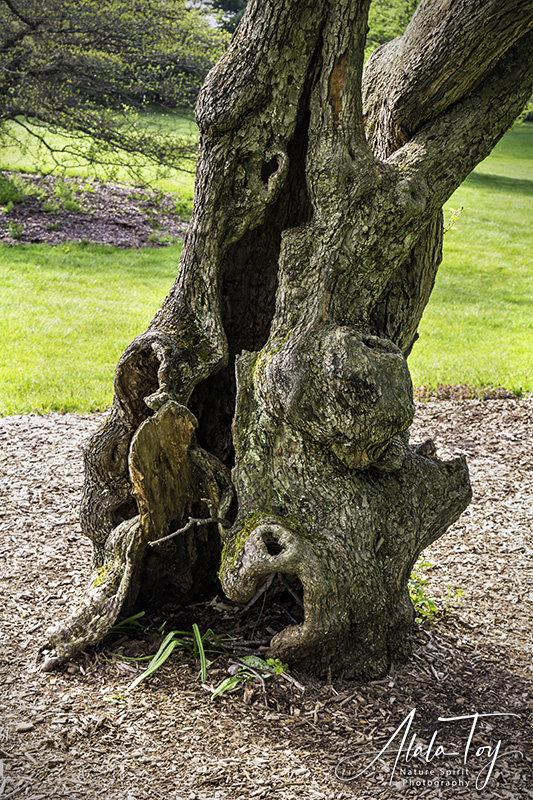 Wood Elf Tree Other Side

It is very hard for me or any interdimensional communicator to translate our full-field merkaba experience into a 3rd dimension linear communication. The spirits often communicate in a transmitted ball of energy that contains the entire story of the situation. That ball, or merkaba, embeds in our consciousness and we can now access it whenever we wish from wherever we are. When we query the energy ball, and “surf” or search inside the field, the story of that query unravels and reveals itself.

To turn this information into a linear sequence of 3D thoughts on 2D paper or computer is difficult. We have to sift the full field for that which is most significant re the information we are seeking to impart, organize it in a linear fashion, and let the remaining 99% of the situation remain silent. This keeps many interdimensional communicators silent when in everyday society.

I am extraordinarily grateful to the scientists who developed digital cameras and the photo programs that permit myself and others to photograph and display images of these spirits, and thus show to all some of what we experience.

We communicators are faced with the situation that explaining this to many people is greeted with disbelief – unspoken or challenging. Such an attitude is understandable as that person has not had this experience and has been trained by society to trust only in solid matter. It is therefore a great relief to socialize with people who have also had these experiences.

Click on the images shown here to read about them; double click and the ones available as cards and prints will open up into that room.