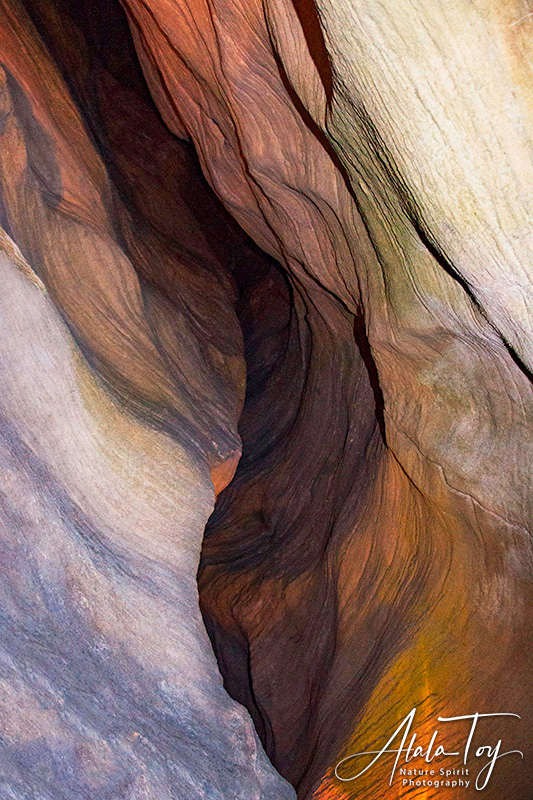 What kind of spirits make complex cave systems their homes?

I enjoy visiting the various cave systems that are open for easy exploration – Carlsbad, Mammoth Cave, Howe Caverns and so on.

Howe Caverns in New York State are formed of limestone that began developing some 6 million years ago. Limestone is a very soft mineral. Over time, water seeping down eroded that soft mineral into vast rooms and slowly grew stalactites and stalagmites with unique forms. While all these formations are alive, some have chosen to develop personalities observable to humans. 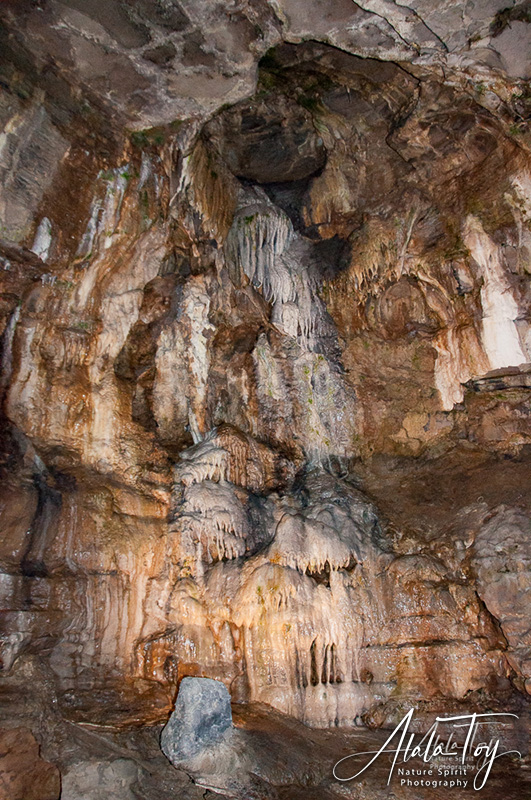 As walks are usually on guided tours, that doesn’t leave time to connect on a quiet level. It’s also not easy getting a good photograph in the dark. However, here are a few nature spirits I connected with and photographed, at the beautiful Howe Caverns in New York State. Click on the image to read about them.

I also marvel at the many colors found in the walls of cave systems. They are often subtle, sometimes strikingly varied. When well-lit, these colors create awe in the viewer.

There are millions of years of colors woven through Howe Caverns’ tall walls. The lighting provided by the cave owners shows the colors very nicely! 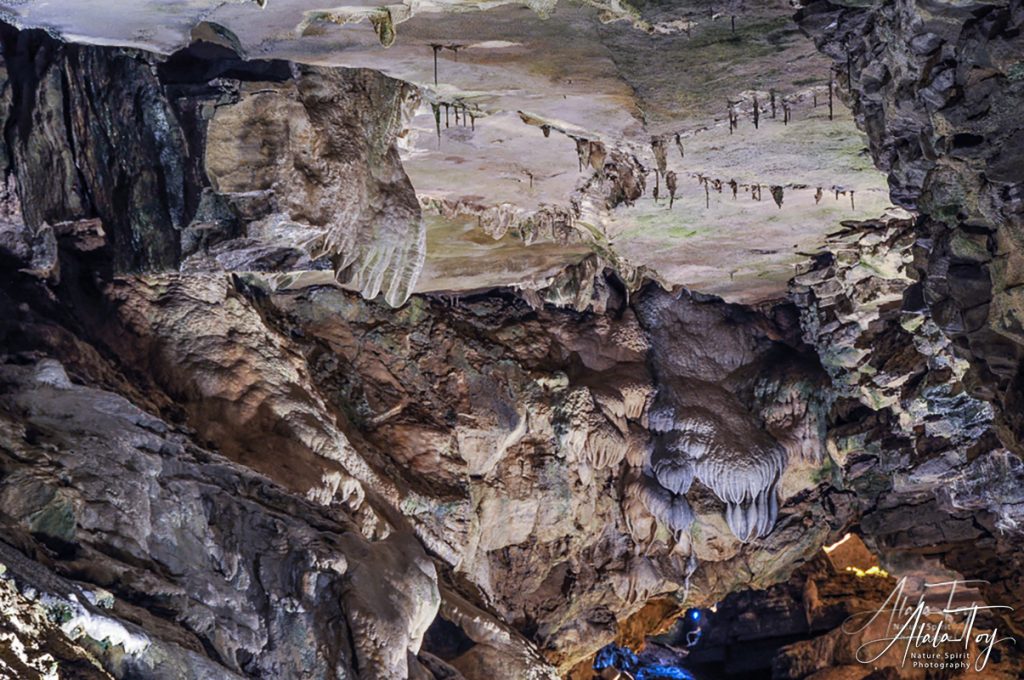 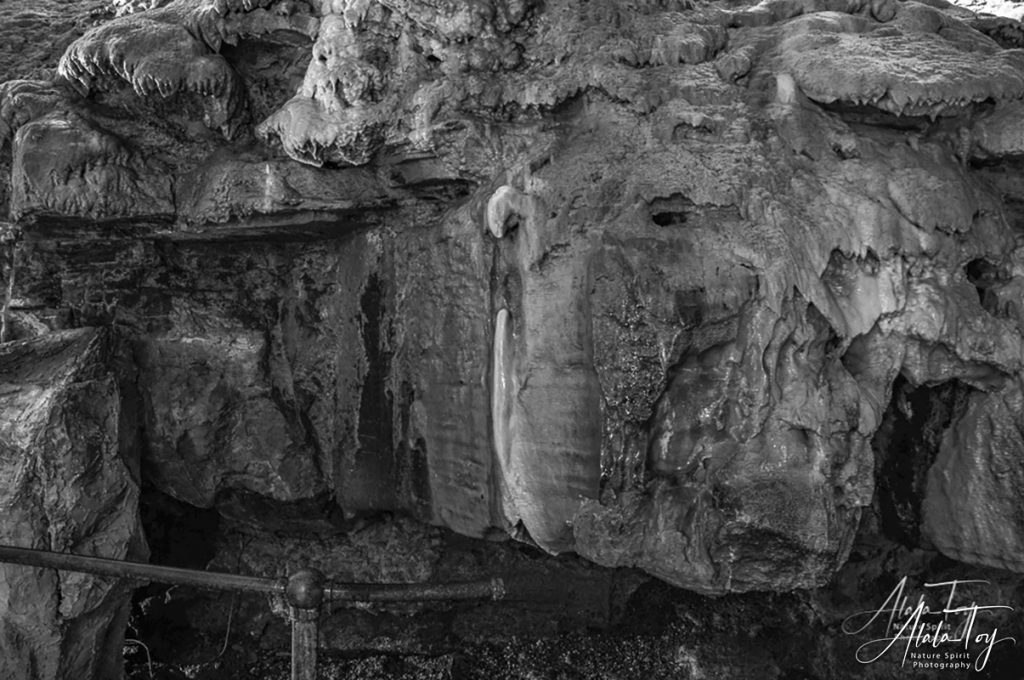 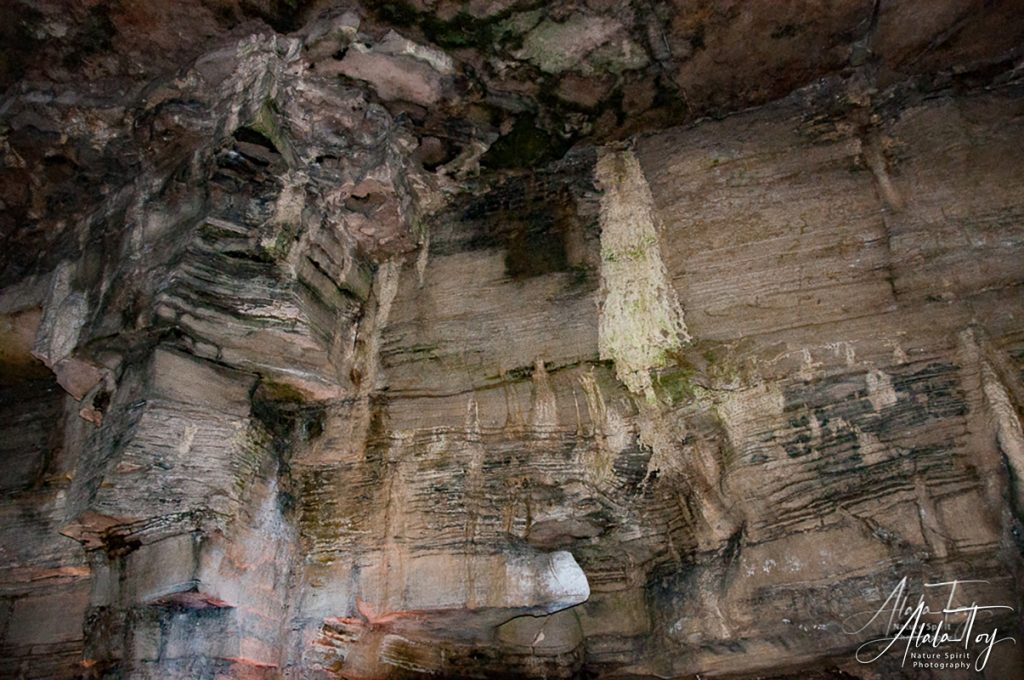 Beauty and the Beast – Howe Caverns