Carrying a Soul to Heaven

This is a masterful rendering by an accomplished nature spirit artist who has created a multi-view image of the compassionate carrying of a human soul to heaven. This image can be clearly seen in three different ways, when you shift your view point. This art piece resides inside a 900 year old tree at the Magnolia Cemetery, Charleston, SC. 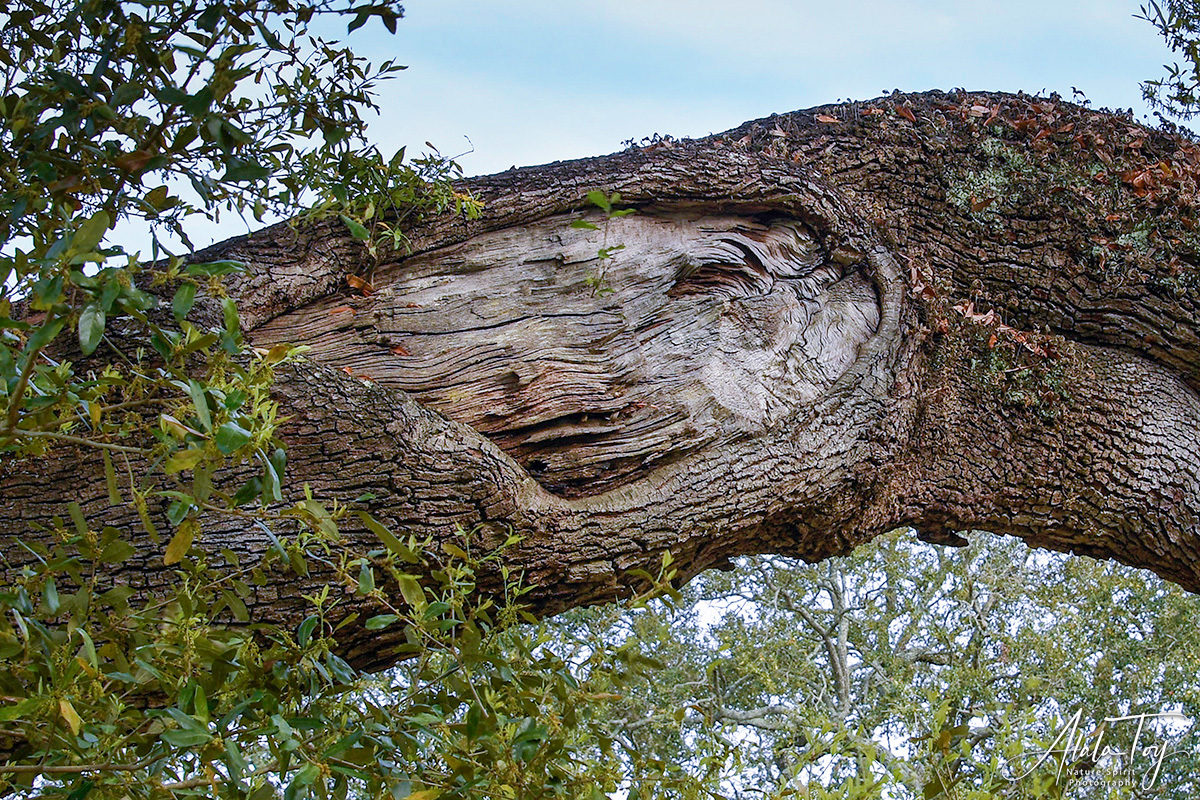 You usually see such multiple layers of meaning when a human artist carefully constructs a scene. Here the complex story has been constructed by an artist of another dimension.

The style of this tree art is closest to that of the mystic painters Marc Chagall and Kahlil Gibran.

The interdimensional artist featured here assembled three different scenarios into one. To see all three requires you to pause and readjust your visual perspective.

Shift your focus to see the following images:

1. The gentle face of the angel, looking left. (Note the Nature Spirit code – one eye showing, the other eye almost missing, indicating a messenger being who works transitioning life forms and messages between this world and spirit.)

2. Two figures, one above the other – that of an angel carrying away the spirit of a person. Their heads are to the right of the branch with the angel seen above the human, as a long stream of white energy and a tiny head. The human is beneath: a large male head turning into energy streaming down.

3. The angel above, and the head of a female upside down facing right with her long hair streaming to the left.

The symbolism refers to the gentleness of death and the presence of a protecting angel who carries to heaven the spirit of both men and women. 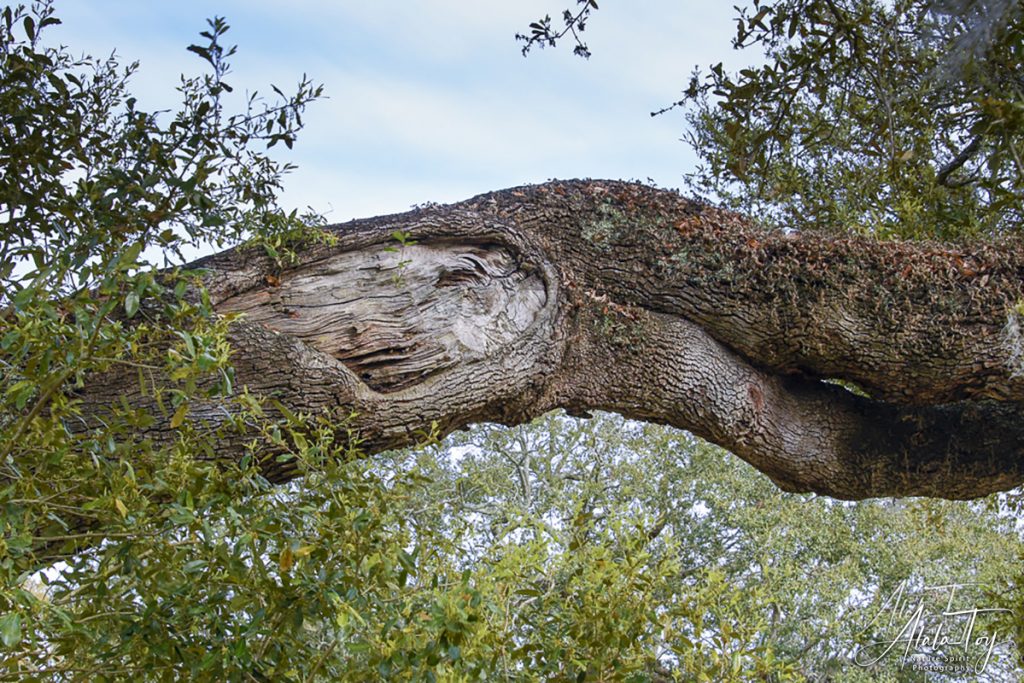 You can learn more about the tree itself in my article “Magnolia Cemetery Tree Spirits.”

The tree is huge, spreading its branches close to the ground. This image can be found on one side of the tree, in one of its higher very long branches. The canvas probably came into being from some long ago branch that broke off.

It is a powerfully compassionate tree that bends down to earth to comfort mourners. Its strong personality, energy and beauty has been much photographed and has been awarded recognition by many groups, from historical to naturalist. 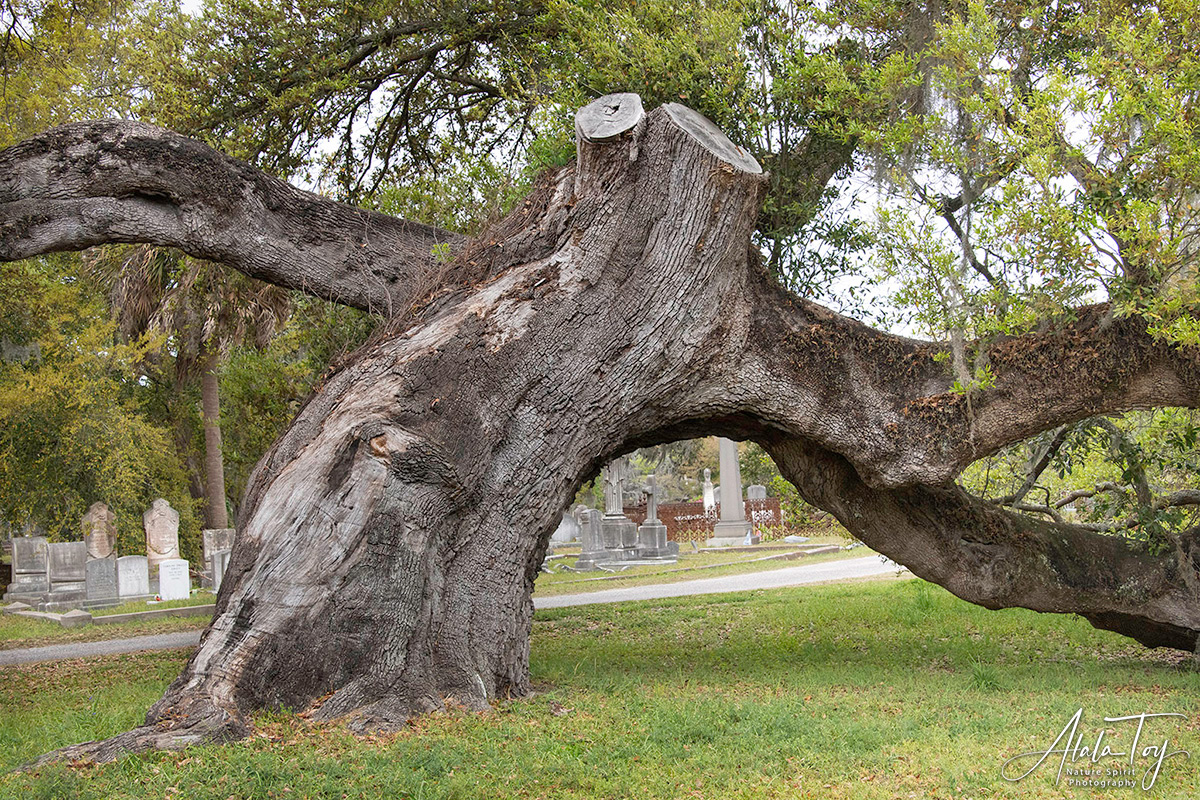 Photo Note: When you are photographing rocks and trees and are either led to, or come upon, one area where an image has been manifested, it is useful for you to pause, relax and undertake a study. Where one image appears, others often also exist. This is due to a variety of reasons such as the other dimensional artist carrying out a particular theme.

It can also be that the tree or rock spirit, if it is interested in creating such expressions of what it has seen or feels, begins exploring other aspects of itself or its energy. As it is working with a very finite canvas, it will often morph images one into another. When you are photographing, it is useful to take a number of photographs, for study later as you examine them on your computer photo program.

I found this Angel of Death image in my contemplative walk around this awe-some tree, looking up and down, big and small, at is energy.

Shown below is artwork in a similar style, by Chagall and Gibran. 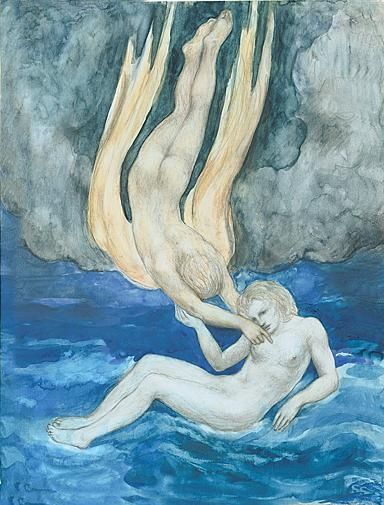 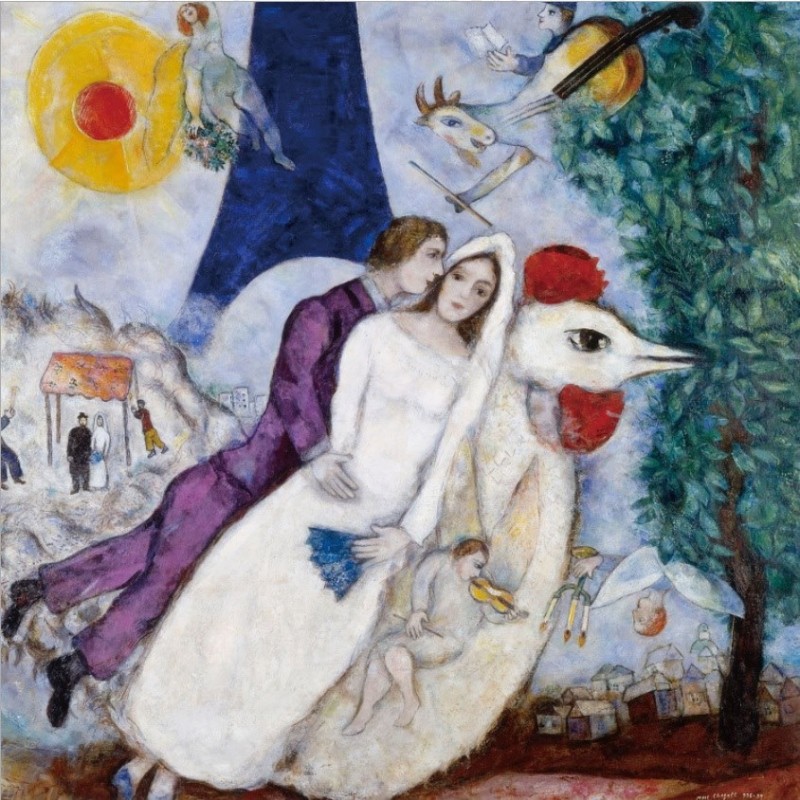